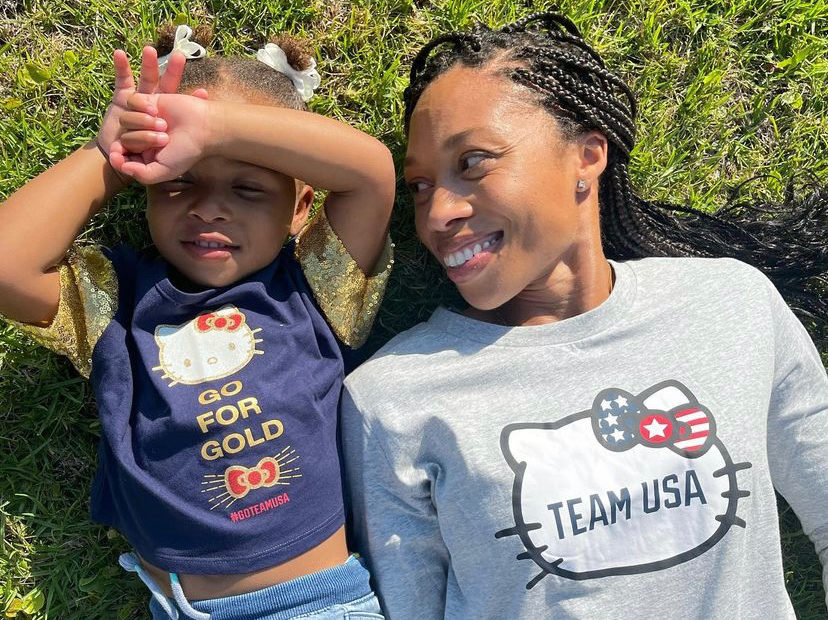 Thirty-five-year-old Olympic track and field star Allyson Felix has been very candid about her life during and after pregnancy. It is no secret that the athlete’s pregnancy was one of difficulty, as she risked her life in order to give birth to her daughter Camryn in 2018.

Three years ago, Felix was rushed into an emergency premature c-section due to severe preeclampsia, a condition characterized by high blood pressure that risks both the life of the mother and the child.

Despite the intense and harrowing story of birthing her first child, challenges continued into Felix’s postpartum life, particularly in relation to not feeling like herself. Moving forward, practically everyone was under the impression that the Olympian’s athletic days were coming to a close, which caused an internal conflict.

“It’s hard to quiet that noise,” the mother discussed when she sat down with PEOPLE for a vulnerable interview. She went on to add, “I also had my own doubts about whether I could ever get back to myself again [after childbirth]. What really helped was surrounding myself with positivity and people who believed in me. That and looking at the data that I was on pace.”

Was Allyson Felix’s departure from NIKE for the best?

RELATED: What Is One of NCAAF Star JJ Weaver’s Tactical Advantages? He Has 6 Fingers

During her recovery time and adjusting to life as a new mom, Felix also announced that she would be departing from her sponsorship with NIKE. She cited her reasons as pressure from the company to return to training as soon as possible, despite needing ample time to recover from a physically demanding pregnancy, as well as the company substantially decreasing her pay. “The resources and support weren’t there,” the runner explained.

However, the split between the company may have been a blessing in disguise. Without being confined to the constricts of sponsorship, this gave Felix the opportunity to start her own brand of running shoes. “After parting ways with Nike, I didn’t have a footwear sponsor, so I needed shoes to wear in the Olympics,” she recalled. “My brother was like, ‘What if we do this ourselves?’ It sounded crazy. But the more I sat with it, I was like, ‘Wow, this is an opportunity.’ “

And thus, the brand Saysh was born in June of 2021. In addition to the accomplishment of founding a business, Felix’s athletic achievements were never hindered. Allyson proved her criticizers wrong in the 2020 Summer Tokyo Olympics when she became the most decorated track and field athlete of all time.

“To have that come together at the games was really special,” she commented. The Olympian went on to share, “I was proud to represent other moms. I know so many other people have felt that same way or have been told that same thing.”

The athlete then touched base on how becoming a mom changed her motivation to train. She explained her mindset prior to motherhood and stated, “Before I had my daughter, I was so motivated by the medals and the times, world records, all of those things.”

However, once her daughter was born, the road to success began to look a bit different.

“Then when I had her, it gave me a different drive to be successful, and it’s because I want to be a role model for her. I want her to see what it looks like to stand up for what’s right and to overcome adversity. When I’m looking for motivation on those days that I don’t feel like getting out of bed, I think about her,” Felix commented.