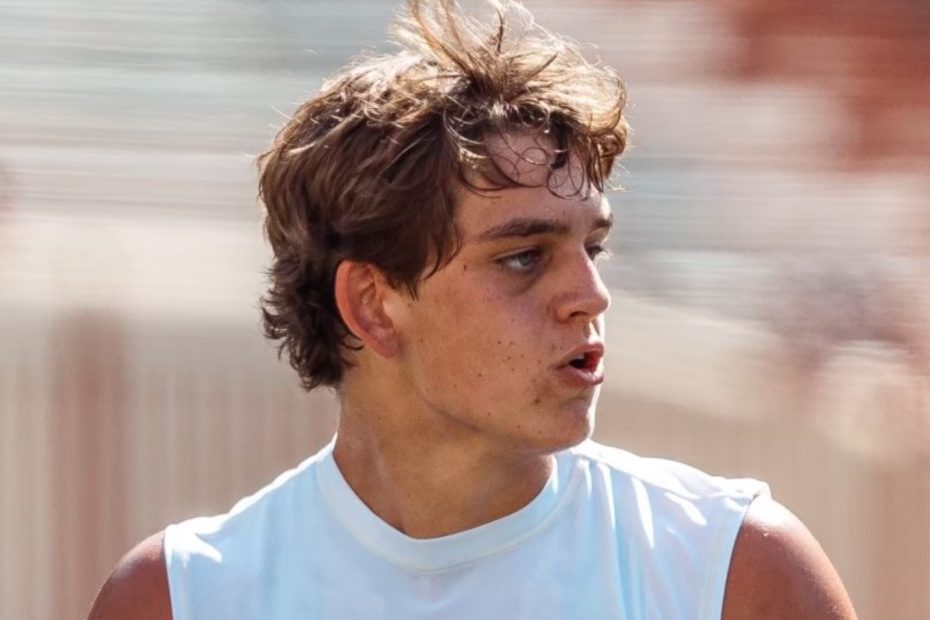 The Manning name is synonymous with football. And while many of the Mannings we know and love today have retired their helmets, there is a new Manning in town that has all eyes on him.

If you’re a fan of the Manning family then you are well aware of legendary quarterbacks Peyton and Eli Manning and their father, Archie Manning. Well, now it is time to take note of Arch Manning if you haven’t already.

Arch Manning is Peyton and Eli’s nephew, the grandson of Archie, and the son of Peyton and Eli’s oldest brother Cooper Manning. Cooper, as everyone knows him, is the one Manning brother who didn’t go pro due to being diagnosed with spinal stenosis, but his son looks to be well on his way.

And Cooper knows it, telling The New York Post that his son “is a lot better athlete than I was, and he’s faster than all of us.”

“You don’t want to compare anyone in high school to anyone who’s been there [in the NFL], and Arch is trying to be himself and figure it out. He will always be linked to Peyton and Eli, and they’ve been great uncles to him. But they’re all different animals.”

Sure, the 18-year-old superstar is still in high school but his raw talent certainly cannot be ignored. As a 5-star recruit, he is one of the most sought-after quarterbacks in his recruiting class.

And while there has been a lot, and we mean a lot, of talk as to where Arch may end up as he prepares for college, the world finally has its answer. On June 23, Arch Manning announced that he would be committing to Texas.

RELATED: The Hilarious Story of How Cooper Kupp Ghosted Peyton Manning for 4 Years

In a simple, yet effective tweet, Arch wrote, “Committed to the University of Texas,” along with the hashtag “HookEm.” His future coach, Steve Sarkisian, responded to his future QBs tweet by writing, “All Gas, No Brakes!!!”

Arch currently attends Isidore Newman High School in New Orleans and has thrown for 5,731 yards and 72 touchdowns so far in his 3 years at the Varsity level. In a statement given to ESPN, Arch’s high school coach, Nelson Stewart, said of his decision, “He made this decision on his own.”

“This was his decision to make,” Stewart continued. “I’m just happy he’s where he needs to be. He’s an 18-year-old kid. There was a lot on his shoulders. Took his time and showed a lot of maturity. When it comes to that family, the choice was his.”

Now Stewart hopes Arch can now “rest and enjoy his senior year with his friends and take that next step. There’s a huge ceiling in front of him.”

His grandfather, Archie, is also very proud of his grandson. In an earlier interview talking about how the recruiting process has gone so far, he said he’s “really proud of is the job Cooper has done in handling this. He didn’t let Arch get wrapped up in it when it started for him as an eighth-grader or as a freshman. He’s made it as old-school as you possibly can.”

And now only time will tell what Arch’s future in football will look like! And we can’t wait to watch it all unfold.