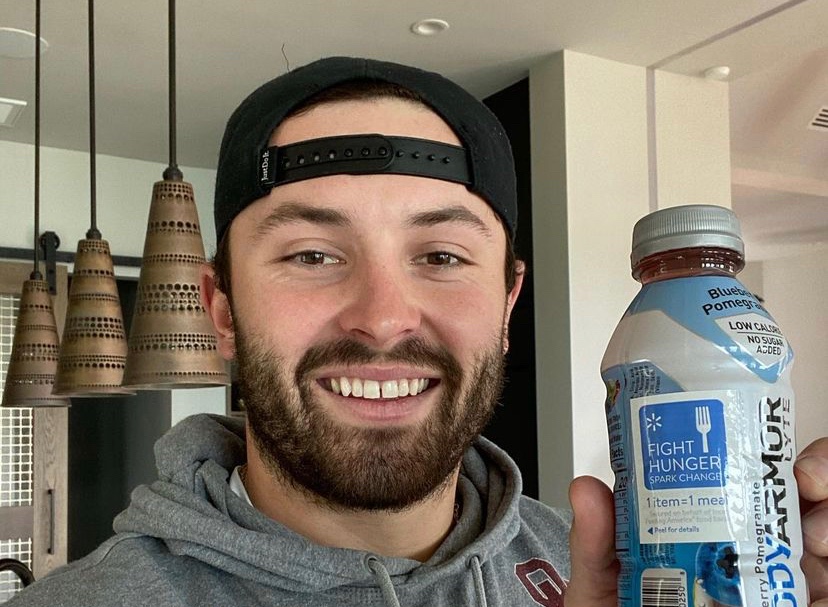 The Cleveland Browns have faced a rocky 2021 season thus far and many feel that warrants sending death threats to Baker Mayfield, quarterback for the Ohio-based team.

As the Browns head into the final games for the season, the quarterback situation has turned particularly alarming when Mayfield began receiving death threats over his plays throughout the season. Baker’s wife, Emily Wilkinson, has even spoken out about this shocking turn of events on social media.

“The death threats, lies being told about my husband, and blatant DISRESPECT never ceases to amaze me,” she wrote on her Instagram story.

However, Mayfield himself also addressed the comments that have been directed at him. During a press conference on Thursday, the death threats were brought up and the 26-year-old NFL player insisted that isn’t worried about threats from “keyboard warriors.”

“It’s just one of those things where we’re in a world today in a society where there’s a lot of keyboard warriors that make empty threats and things like that,” he explained. “It’s quite honestly ignorant when they go after people that aren’t directly involved in football, and then when you talk about taking your own life, killing somebody or all that, to me, is ignorance.”

Yet, the quarterback relayed that reading and obsessing over that kind of commentary isn’t productive, so he tries to avoid it. “But I try not to listen to it ’cause those are not the people that I would listen to, whether it was good or bad regardless,” he commented.

Mayfield also recognized how difficult it can be for loved ones to hear the comments, but encouraged people to abstain from interacting with them.

“It’s tough to tell your loved ones and your family not to defend you and look into that stuff. That’s just human nature,” the athlete said. Mayfield went on to share, “But you have to take one day at a time and realize that your priorities, your family members, the people that truly matter to you, those are the opinions you need to listen to. It’s just one of those things that, it’s blown up to be a much bigger deal on the outside.”

Cleveland Browns coach Kevin Stefanski also recognized the death threats directed at Mayfield and declared that the team will step in if necessary.

“People can and do say some crazy things out there,” Stefanski noted. “If it rises to the level of that, certainly we can help address those types of things. Short of that, just in general and not specific to that, in general, there’s a lot of noise out there.”