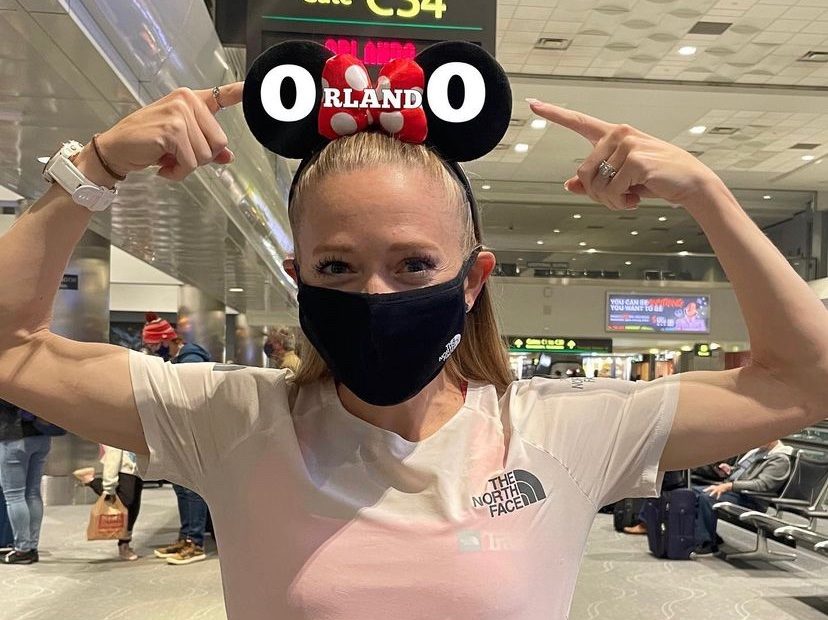 In the 29-year-history of the Walt Disney World Marathon, long-distance runner Brittany Charboneau is the first person to ever finish each race with winning times.

The aspiring Olympian competed in the 5K, 10K, half marathon, and marathon, setting a never-before-seen record when she came in 1st place for all of them. In addition, the 33-year-old runner was dressed up in different Disney costumes for every race.

After being unable to compete in the Boston Marathon, Charboneau relayed that she was looking forward to participating in a race where she could express her creative side.

“I feel amazing,” she said, according to the Orlando Sentinel. “This was such a mental-win weekend for me. My goal was never to win all of these. My goal was to go out, wear costumes, and have an amazing time.”

If her goal was to go all out on her costumes, she certainly did just that. While running the 5k, Charboneau was dressed as Elsa from “Frozen”. During the 10k, she opted for a character from “Inside Out” and went with Bing Bong. She continued the “Inside Out” trend during the half marathon and competed as Joy. She finished off the marathon with the notable Cruella de Vil from “101 Dalmatians.”

Following the marathon, Charboneau expressed on Instagram her gratitude. “Was so proud of how strong I felt in each race,” she wrote in the caption of a post that detailed her Walt Disney experience.

She additionally included the sentiments, “I am blown away by the amount of people who reached out with congrats (THANK YOU!!)”

Charboneau, who is also often referred to as “The Funny Runner” has been very outspoken about her journey to professional running. When she won a marathon in Denver in 2017, she decided to resign from her marketing job and pursue marathon running full time. Since then, she has been avidly focused on athleticism, even finishing 13th in the U.S. Olympic Marathon Trials in 2020.

In her off time, she enjoys sketch comedy. However, she is still dedicated to her dreams of becoming an Olympian and has hopes for 2024. “The reason I wanted to do this is to remind people you can have big goals, but you can have fun with it,” she explained after her incredible race on Sunday.