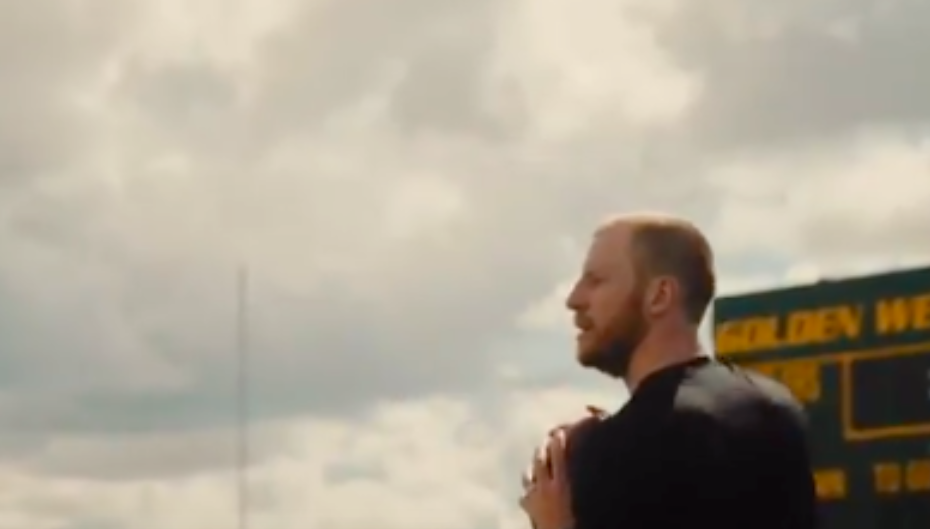 You Have To Watch This Knockout Game At The Colts OTAs Between Carson Wentz and Mo Alie-Cox, Find Out Who Wins

Carson Wentz has a new home with the Indianapolis Colts. From Philly to Indy. From Pennsylvania to Indiana. From the NFL to…the NBA?

But it does seem that Wentz is really taking a liking to his new home, enjoying this next chapter of his life as the newest quarterback for the Colts. This husband, father, family man who is easily one of the top quarterbacks in the NFL can also shoot the rock as his team enjoyed what looked to be a friendly but competitive game of knockout.

Wentz showed off his basketball skills in the game at one of the Colts’ OTA days. The team rallied behind both their teammates in what looked to be the two men left standing from the game.

Ladies and gentlemen, in one of the best knockout games you’ll see, here’s Carson Wentz vs Mo Alie-Cox. On a football field. With a basketball hoop:

As you could see, it got intense. Usually Wentz and Alie-Cox would be on the same team, obviously during the game but also in practice when offense takes on defense. This time, however, the quarterback and tight end would trade jump shot for jump shot in this epic knockout game.

Anyways, Alie-Cox ended up winning the game. Towards the end, Wentz barely survived after missing his jumper and a layup, putting up that layup before the tight end scored. Then, as Wentz lined up to shoot, he missed while Alie-Cox swished. Game, set, match. Alie-Cox gets the Colts OTA knockout game win.

It is worth noting though, that in some tweets, it was mentioned the tight end also played some basketball.

That is confirmed, my friends. The tight end actually played four years at VCU and he was good! As a forward, he averaged 7.7 points and 4.7 boards.

The Colts site says this about his game: “Was a four-year standout on the Virginia Commonwealth University basketball team. (Hadn’t) played football since his freshman year in high school, but his athleticism allows him to make the transition to football similar to the paths of Indianapolis tight ends Erik Swoope and Marcus Pollard, San Diego Chargers tight end Antonio Gates and Seattle tight end Jimmy Graham.“

Alie-Cox also in high school was “(l)isted as the No. 9 recruit in Virginia, according to Rivals.com…(and) (a)veraged nearly 20 points and over 10 rebounds per game during his senior campaign at Middleburg…was named an all-state first-team selection” according to the Colts.

Wentz, on the other hand though, he also knows how to hoop.

Wentz was a “(f)orward/center for the state’s No. 1-ranked basketball team” according to North Dakota State University‘s site. That, along with being “Class Valedictorian (and)…(t)hree-year starter for baseball team…Played first base for 2010 American Legion and high school state runner-up teams…(and in football was) (a)ll-conference at quarterback and defensive back…Led team to 8-3 record, conference title and state semifinals”.

Knowing the competitive nature of Wentz, I’m sure he’ll want to run this back again.

And he may have the chance to! At a Pacers basketball game.

“thinking we might need a rematch at @TheFieldhouse during halftime of one of our games next season,” Pacers twitter said retweeting the knockout video.

Knockout was a classic game growing up on the court and, as you can see, is really fun to play. If you aren’t aware of how to play knockout or aren’t familiar with it then here you go. Here’s the rules, brought to you by CJ McCollum: