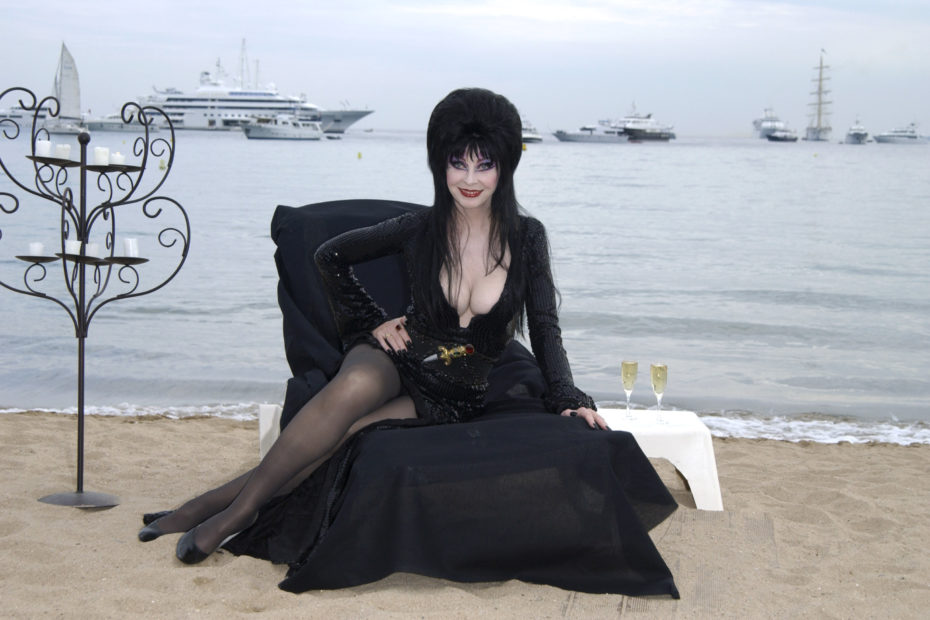 Seventy-year-old actress and star of the show Elvira: Mistress of the Dark, Cassandra Peterson has recently come forward and shared her alleged experience with the late NBA player, Wilt Chamberlain. She discussed for the first time publicly the abuse that her former friend put her through.

Recounting through her memoir, Peterson recalled being escorted to Chamberlain’s Bel Air mansion in the 1970s where he initially offered to show her his custom-built closet to hold his NBA jerseys. However, the night quickly turned violent when the basketball player forced the actress to give him oral sex.

“Why didn’t I try to scream, fight back, or get away? When a seven-foot-one, 300-pound man has his hand wrapped around your neck, there’s really not a lot you can do,” wrote Peterson. She added, “Should I have reported him to the police? Are you kidding? What chance do you think a former showgirl/ out-of-work actress would have against a sports superstar?”

During the time of the alleged assault, Chamberlin was at the height of his career and even still continues to be regarded as one of the best basketball players to ever live. He died of congestive heart failure in 1999 after succumbing to years of deteriorating health but is still known for his basketball stardom.

RELATED: 20 of the Greatest College Basketball Teams of All-Time

“I just kept it quiet and didn’t say anything for my whole life,” the actress reported to PEOPLE. “And the sad thing was he was a friend. He was a friend for so many years who had made it even feel worse and creepier and like I was an idiot.”

Cassandra Peterson stayed silent for over 40 years and refers to the assault as ‘shocking, embarrassing, traumatizing’

As the Me Too movement began picking up traction, Peterson was able to grapple with the unsettling experience, being supported by those who had lived similar experiences. She admitted, “I didn’t tell anybody about that story. It’s shocking, embarrassing, traumatizing and I really kept that a secret from everyone.”

She additionally commented on the Me Too movement’s impact on her decision to come forward, explaining, “So talking about that now with the advent of Me Too, that’s when I started thinking about it again. It started making me really angry that I suddenly felt like… I mean, I was a victim but it felt more like I was the perpetrator of some crime [like] I’d done something wrong.”

The actress also offered that she hopes by coming forward, she can help other survivors of sexual abuse feel a little less alone. “I thought if I can share my story, it might make one person out there feel like, ‘Wow, this can happen to anybody at any time and no, I’m not, I didn’t do anything wrong,'” she commented.

She went on to state, “I don’t know why, somehow reporting sexual threats and sexual assaults makes the victim feel like they’re the one who committed a crime.”