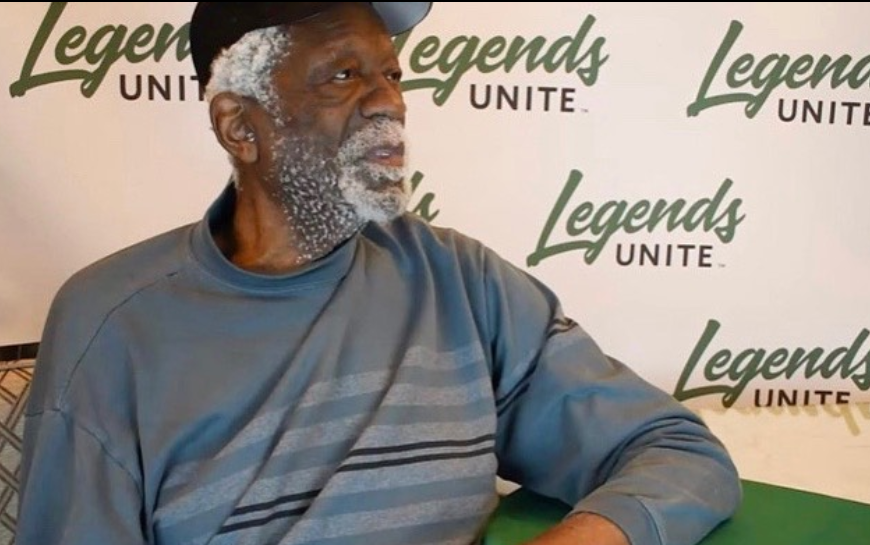 Wilt Chamberlain Stats and 15 Other NBA Stars Who Compare

Wilt Chamberlain, also known as ‘Wilt the Stilt,’ is one of the greatest basketball players of all-time, which is why Wilt Chamberlain stats are so frequently searched. He was the third overall draft pick by the Philadelphia Warriors in 1959 and spent 14 years in the NBA. He was eventually inducted into the Pro Basketball Hall of Fame in 1979.

Chamberlain averaged an impressive 30.1 points, 22.9 rebounds, 4.4 assists, and 45.8 minutes in 1,045 career games played. He led the league in scoring seven times (including the first six seasons of his career) and led the league in rebounding a record 11 times throughout his career.

What’s even more impressive is that Chamberlain owns 72 NBA records – 68 of which he accomplished all by himself. One of the most popular records that may never be broken is when he scored 100 points in a single game. Kobe Bryant is the next closest with 81 points scored.

Wilt Chamberlain had a career that may never be duplicated. He’s the all-time leader in rebounds and was one of the greatest scorers of all-time. If it weren’t for Bill Russell, he would’ve won plenty more championships, but he still managed to win two in his career.

Below, we’re going to look at 15 career stats from Wilt Chamberlain and pick one NBA player (former or active) that has a similar career stat in that category. For example, Chamberlain has won four MVP awards in his career – which is the same amount of MVPs as LeBron James.

Another good example is Chamberlain’s 13 All-Star selections, which is tied with Bob Cousy, Dwyane Wade, and John Havlicek. Not all the stats listed below will be exact ties, but let’s see which NBA players have career stats that compare to some of these Wilt Chamberlain stats.

(All statistics below are courtesy of NBA.com)

We briefly mentioned Dwyane Wade earlier with the playoff points per game average, but now let’s look at how close the two were in career field goals made in the playoffs – Wade had 25 more than Wilt the Stilt. Keep in mind that Wade played 17 more playoff games than Wilt.

Despite playing in 26 more playoff games than Elgin Baylor, Wilt Chamberlain wasn’t quite able to score more points than him – coming up 16 points shy of Baylor’s 3,623 playoff points. Baylor averaged 27.0 points per game in the playoffs, while Chamberlain averaged just 22.5.

Wilt Chamberlain and Shaquille O’Neal were known for a lot of things and while they saw a lot of free throw attempts throughout their career, they didn’t make a lot of them. Chamberlain ranks second all-time with 11,862 career free throws attempted, while Shaq ranks third with 11,252.

The only two players with more made field goals in their career are LeBron James (13,543) and Kareem Abdul-Jabbar (15,837). Michael Jordan (who we’ll talk about further below) ranks fifth all-time behind Chamberlain with 12,192 career field goals made in the regular season.

Wilt Chamberlain was a prolific scorer and rebounder, while John Stockton was known for his passing and steals. Their stat sheets might not look similar, but they did finish their careers with similar minutes played. Chamberlain ranks ninth all-time, while Stockton ranks tenth all-time.

Kobe Bryant ranked eighth all-time with almost 800 more minutes than Chamberlain and Elvin Hayes ranked seventh with a perfect 50,000 minutes played. Reggie Miller, Tim Duncan, and Gary Payton all came within 700 minutes of Chamberlain – all of whom had long careers.

That’s not an easy thing to do, considering Elgin Baylor ranks third all-time with 27.4 – that’s a difference of 2.7 points per game, which shows how dominant MJ and Wilt really were. Kevin Durant and LeBron James both average over 27 points per game, but they’re not even close.

What might be the most shocking name to come up on this list, let’s talk about Jason Williams – one of the flashiest players of all-time. While Wilt Chamberlain wasn’t known for his passing, he did average 4.4 assists per game over 1,045 games – totaling 4,643 assists in his career.

That number has Chamberlain ranked 81st all-time, which is just 32 assists ahead of Williams (who only played 788 games in the NBA, might I add). Other players worth mentioning are Lafayette Lever (4,696 assists), Joe Dumars (4,612 assists), and Paul Pierce (4,708 assists).

Wilt Chamberlain and Bill Russell were known for going head-to-head, so it should come as no surprise to see Russell on this list – and what better stat to commemorate the two than rebounds. Chamberlain ranked first with 23,924 and Russell ranked second with 21,620.

Wilt Chamberlain had himself an NBA career that will never be forgotten. I mean, just look at the Wilt Chamberlain stats listed above and some of the all-time greats they compare to. He did it all in his 14 seasons in the NBA – he scored, rebounded, passed the ball, and played defense.

YOU MAY ALSO LIKE: 15 Basketball Movies That Will Make You Cry