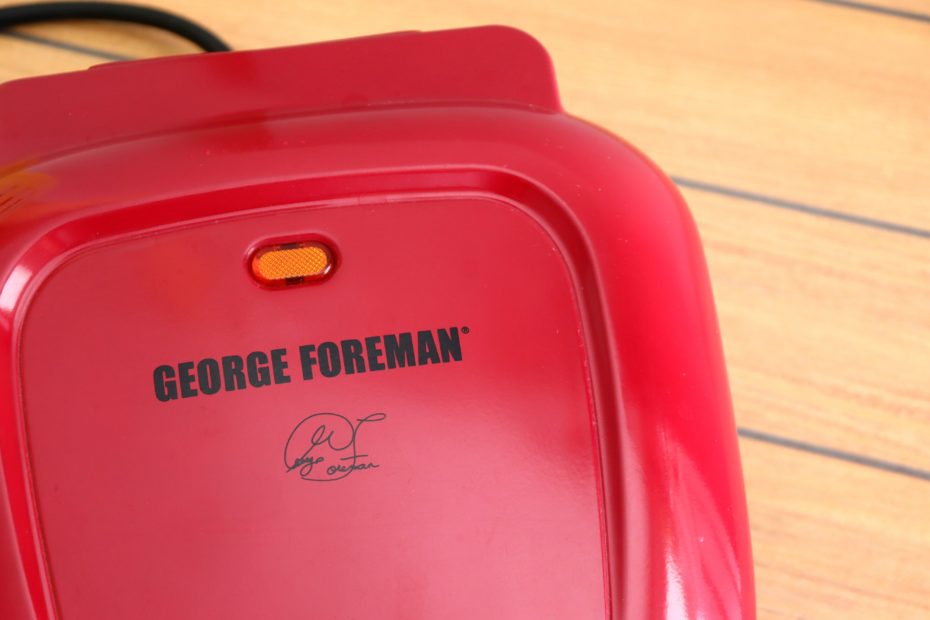 25 Athletes Who Went On to Be Successful Elsewhere

In the world of professional sports, contracts only seem to be growing more and more lucrative every single year. We’re witnessing record-breaking contacts in all major professional sports and it goes to show just how much money an athlete can make in the modern world today.

Athletes spend their entire childhood perfecting a craft in hopes of making it big one day and only a select few go on to have illustrious careers in their respective sport. Those select few have the opportunity of a lifetime – one that could set themselves up for life if they play their cards right.

Not only do athletes make a lot of money through their sport, but they have the ability to sign lucrative endorsement deals as they begin to build a profitable brand off their successful athlete career. Of course, that only sets those athletes up for more opportunities down the road.

RELATED: NFL Teams With the Most Popular NFL Cheerleaders

Athletes Who Went On to Be Successful Elsewhere

I always say there are two types of athletes – the ones that disappear once they retire and the ones that find success elsewhere. A majority of athletes fall into the first category. It’s not that they aren’t doing successful things, but we don’t seem to hear about it or talk about it much.

The second category is where athletes take their fortune from sport and turn it into an even greater fortune – an empire. Athletes who went on to be successful elsewhere usually have the biggest net worths and they end up making way more money than they ever did as an athlete.

We’re going to discuss 25 of those athletes that fall into the second category. Some of them were more successful than others in their respective sport, but they all share one thing in common – they continued that success outside of their career as a professional athlete.

**The names below are in no particular order**

Isiah Thomas is one of the greatest point guards of all-time and enjoyed an illustrious, 13-year Hall-of-Fame career with the Detroit Pistons. Outside of basketball, he’s the owner and CEO of Isiah International LLC, a holding company that dives into a number of ventures. His three primary businesses are Gre3n Waste Removal, Re3 Recycling, and Eleven Capital Group.

Jim Brown is one of the greatest running backs of all-time. Very few have accomplished what he did in his short, nine-year Hall-of-Fame career with the Cleveland Browns. He retired after the 1965 season to pursue his acting career, which turned out well for him. He had his first lead role in 1968 and continued to earn leading roles throughout the 1970s.

Carl Weathers only spent two years in the NFL after going undrafted in 1970 and never recorded any stats, but that didn’t stop him from pursuing success elsewhere. His acting career took off when he earned the role of Apollo Creed for Rocky in 197 – a role he kept for Rocky II, Rocky III, and Rocky IV. He also appeared in Happy Gilmore, Predator, and Action Jackson.

Here’s something you probably didn’t know about Jason Statham – he was a professional diver for 12 years as a member of Britain’s National Swimming Squad. He competed in the 10 metre, 3 metre, and 1 metre events – the same Jason Statham that starred as Frank Martin in the three Transporter movies. Since then, he has become one of Hollywood’s superstar actors.

Speaking of athletes-turned-actors, Terry Crews is another name that most people forget about. He was drafted by the Los Angeles Rams in the 11th round of the 1991 NFL Draft. He appeared in 32 games and recorded three tackles before pursuing an acting career. That’s when things took off for Crews, who has appeared in a number of successful films and TV shows.

Arnold Schwarzenegger began playing sports as a young boy and eventually turned to weight lifting and bodybuilding in his teenage years. Throughout the 1970s, Schwarzenegger established himself as one of the most prominent figures in the history of the sport. He retired in 1980 and became the face of Hollywood before being elected Governor of California.

Herschel Walker was drafted by the Dallas Cowboys in the fifth round of the 1985 NFL Draft. He played 12 seasons in the NFL, rushing for 8,225 yards and 61 touchdowns in his career. He later appeared in The Celebrity Apprentice and has entered a career in politics where he currently serves on the President’s Council on Sports, Fitness, and Nutrition as co-chairman.

Jim Bouton spent 10 seasons in the MLB as a pitcher, compiling a 62-63 record in 304 games played. He had a career 3.57 ERA and 720 strikeouts in 1,238.2 innings pitched. Upon retiring, he authored a best-selling book about his days in the MLB, gaining him nationwide fame for his honest look into life as a pro baseball player. He also helped invent Big League Chew.

When most people hear the name Tim Horton, they immediately think of coffee and donuts. What many people don’t know is that the name behind the multinational fast food chain used to be an NHL player. After a 20-year, Hall-of-Fame career that netted him 109 goals and 349 assists, Horton co-founded the popular Tim Hortons chain before his sudden death in 1974.

Rob Dyrdek is known for many things, but his career started as a professional skateboarder at the age of 16. He was sponsored by DC Shoes, EA Skate, Monster Energy, and Silver Trucks before retiring from skateboarding. The grind didn’t stop as he founded Street League Skateboarding, became a reality TV show sensation, and has a number of business ventures.

Arnold Palmer is one of the greatest golfers of all-time and was one of the sport’s first superstars during the television era. He turned pro in 1954 and retired in 2006 with 96 pro wins to his name. Since retiring, he has continued with a number of business ventures, including designing and owning golf courses, an automotive business, and the Arnold Palmer beverage.

Speaking of the greatest golfers of all-time, let’s not forget about Jack Nicklaus. He turned pro in 1961 and retired in 2005 with 117 professional wins to his name. During his playing career and beyond, he has found worldwide success with Nicklaus Designs – one of the largest golf course design companies in the world. He’s also an author and runs a PGA Tour event.

Hakeem Olajuwon is one of the greatest basketball players of all-time. He spent 18 seasons in the NBA and averaged north of 20 points per game in each of his first 13 seasons. Since his Hall-of-Fame career came to an end, Olajuwon has dominated the Houston real estate market with cash-only purchases and has earned himself well over $100 million in estimated profits.

Alex Rodriguez is one of the best hitters the MLB has ever seen. He hit 696 home runs in his 22-year baseball career, which ranks fourth all-time. Since retiring, A-Rod has devoted himself to his business career. He’s the chairman and CEO of A-Rod Corp, but is also an owner for the NBA’s Minnesota Timberwolves and a chairman for Presidente – a brand of Pilsner beer.

Shaquille O’Neal is one of the most dominant basketball players of all-time. He spent 19 years in the NBA and won four championships before retiring in 2011. Since then, he has followed a number of business ventures, including the release of four rap albums (one of which went platinum), reality TV, podcasts, film, touring as a DJ, advertising, and so much more.

David Beckham is one of the most recognizable names in football history. He played a total of 720 games over his senior career, which included stints with Manchester United, LA Galaxy, and Real Madrid. In addition to being the co-owner of two football clubs, Beckham has achieved success in fashion and a number of other business ventures through DB Ventures Limited.

LeBron James is the greatest basketball player of his generation and one of the greatest of all-time. While he’s still dominating the league to this day in his 19th season, he has also achieved a lot of success elsewhere. For example, he recently starred in Space Jam 2. He also owns a production company, has a number of endorsements, and is always making moves.

Speaking of the greatest basketball players of all-time, let’s talk about Michael Jordan. No athlete has ever made more money in their playing career than Michael Jordan. After 15 seasons in the NBA, Jordan has established himself as a business icon. He not only owns the Charlotte Hornets and 23XI Racing, but he makes a ton of money from his Jordan sportswear.

Dwayne Johnson, also known as ‘The Rock,’ originally wanted to pursue a career in football, but that didn’t work out. Instead, he made a career for himself as a professional wrestler and became one of the greatest wrestlers of all-time. He has since retired, but is now one of the highest paid actors in Hollywood. He also owns the XFL and Teremana Tequila.

George Foreman spent 30 years in the world of boxing. Between 1967 and 1997, he was a two-time Heavyweight champion and an Olympic gold medalist. He finished his boxing career with a 76-5 record. After retirement, he became an entrepreneur and is best known for the George Foreman Grills – which he sold the rights for $138 million back in 1999.

Junior Bridgeman is one of the richest athletes of all-time, but he didn’t earn a majority of his riches from playing basketball. After a decent 12-year career in the NBA, Bridgeman invested in over 100 fast food chains (including Wendy’s and Chili’s) before selling them all in 2016. He’s also the owner of Bridgeman Foods Inc and Bridgeman Sports and Media.

Roger Staubach is a Hall-of-Fame football player that spent 11 seasons in the NFL. Over that time, he amassed an impressive 85-29 record as starting quarterback, throwing for 22,700 yards and 153 touchdowns. After retirement, he founded The Staubach Company and achieved a great deal of success in the real estate industry. He’s one of the richest athletes of all-time.

Magic Johnson is widely regarded as the greatest point guard in NBA history. He spent 13 years in the NBA, winning five championships and averaging 19.5 points, 7.2 rebounds, 11.2 assists, and 1.9 steals per game. He retired early due to his battle with HIV, but he continued his success as a businessman. He’s part-owner of the Dodgers and Sparks, but also owns Magic Johnson Enterprises.

Not All Athletes Are One-Trick Ponies

Athletes that make it big will likely enjoy 10-20 years playing the sport they love most – if they’re lucky. While they’ll make a lot of money in those 10-20 years, it’s important to understand that most athletes are 40 years old or younger at the time of retirement – they have a lot of life left.

Some athletes retire in style – they make a few small investments and enjoy the rest of their early retirement. With that said, not all athletes are one-trick ponies. Some athletes continue that grind and realize that their money-making days are only just beginning once they ‘hang ‘em up.’

YOU MAY ALSO LIKE: 15 of the Hardest Sports to Play and Why

We hope you enjoyed our list of 25 athletes who went on to be successful elsewhere and we hope it inspires you to find success in places you never thought possible. Remember, it’s never too late to pursue something, especially if you’re passionate and dedicated to that something!