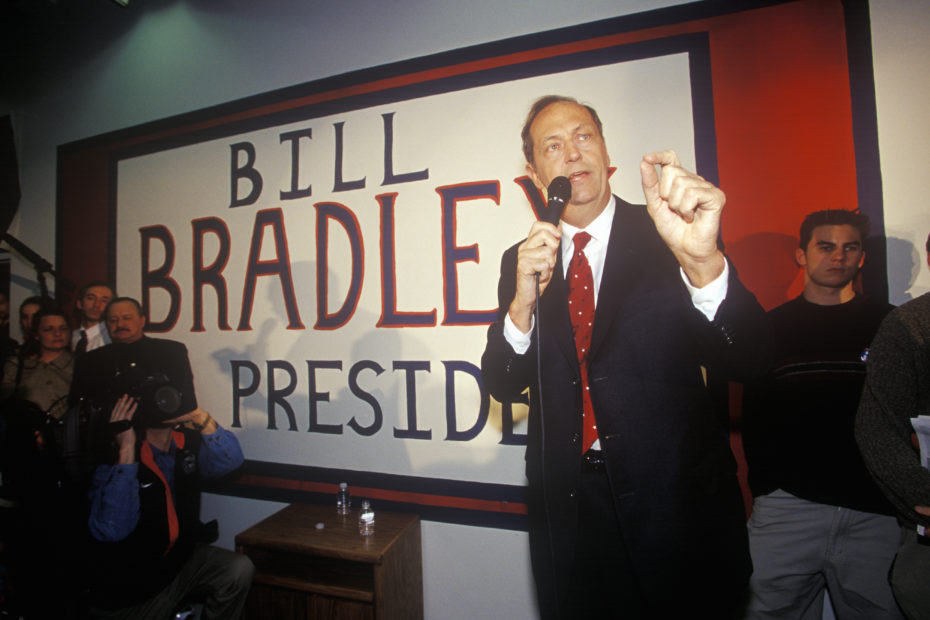 What These 20 Well-Known Athletes Have Done Following Retirement

Retirement can be a difficult thing for any professional athlete that has devoted their entire life to the sport – leaving the game is never easy, even when you know it’s your time. That’s why so many athletes today start planning for retirement early, making the transition much easier.

We’ve seen it most recently with Tom Brady, who announced a 10-year, $375 million contract to be the lead football analyst for FOX Sports – the only catch is that the contract doesn’t start until he officially announces his retirement from the NFL and we have no idea when that’ll be.

And then there are those that juggle two jobs at once – being a professional athlete, while also starting another career. Chiney Ogwumike is a WNBA player and full-time sportscaster, while Russell Westbrook has his own clothing line and is the Creative Director of True Religion.

RELATED: Athletes With Clothing Brands You Should Check Out

Life After Retirement for Famous Athletes

Since most athletes retire between the ages of 30 and 40 years old, they still have so much life left to live. Of course, they also usually have lavish lifestyles and families that they need to maintain, which means they need to have some source of income after announcing retirement.

Some athletes will find their second calling after retirement, while others will prepare for it before retirement. Either way, it’s always surprising to see what professional athletes are capable of when they put their time, energy, and effort towards something outside of their respective sport.

The cool thing to do right now is broadcasting – look at the energy Draymond Green, Patrick Beverley, and CJ McCollum bring to the news studio. Of course, that’s far from the only thing – in fact, you’ll see everything from politicians to photographers, financial advisors, and more!

Perhaps best known for sticking her landing at the vault with an injured ankle, which clinched Team USA’s gold medal. Since retiring, she graduated from college, spent time as a school teacher, and is a member of the Office of Juvenile Justice and Delinquency Prevention.

Manny Pacquiao is a former Filipino professional boxer that announced his retirement in 2021. He had a 62-8-2 record throughout his 25+ year career, including becoming the only boxer to win world championships in eight different divisions – he won a total of 12 major world titles.

Randy Johnson is a retired starting pitcher that spent 22 seasons in the MLB. He was inducted into the Baseball Hall of Fame in 2015, but not before becoming a 10-time All-Star, five-time Cy Young winner, 2001 World Series Champion, and World Series MVP that very same season.

He had a 303-166 record as starting pitcher – including 16 seasons with double-digit wins. He retired after the 2009 season and while he serves as a special assistant to the President and CEO of the Arizona Diamondbacks, he has also found success in his career as a photographer.

Wayne Chrebet is a retired wide receiver that spent 11 years in the NFL – all of which with the New York Jets. He was a consistent player that recorded eight straight seasons of at least 630 yards receiving. He finished his career with 580 catches for 7,365 yards and 41 touchdowns.

Glenn Jacobs, best known by his ring name Kane, is a popular professional wrestler that was inducted into the WWE Hall of Fame in 2021. He first debuted with the WWE in 1995 and embarked on a legendary career that included three world titles and 12 world tag team titles.

While he hasn’t officially announced his retirement, he only makes sporadic appearances and is more focused on his new career as Mayor of Knox County in Tennessee – a position he held since 2018. In 2021, he announced his intent to run for re-election – which he’s poised to do.

Between 2008 and 2016, Johnson served as Mayor of Sacramento, California – he was re-elected in 2012 with 58.74% of the votes. He also founded the Kevin Johnson Corporation, which is involved in a range of business ventures, speaking engagements, and much more.

Michael Strahan is a former defensive end that spent 15 seasons in the NFL – all with the New York Giants. He finished his career with 854 tackles, 141.5 sacks, 24 forced fumbles, 15 fumble recoveries, 4 interceptions, and 3 defensive touchdowns. He won Super Bowl XLII in 2008.

Aside from being a Hall of Fame, former Defensive Player of the Year, Strahan has made a name for himself as a media personality – both as a sportscaster with Fox NFL Sunday and as a host with Good Morning America, Live! With Kelly and Michael, and the game show Pyramid.

Shaquille O’Neal is a former center that spent 19 seasons in the NBA with the Magic, Heat, Lakers, Cavaliers, Suns, and Celtics. He averaged 23.7 points, 10.9 rebounds, 2.5 assists, and 2.3 blocks per game, winning four championships and three Finals MVP awards in the process.

Aside from being inducted into the Hall of Fame in 2016, O’Neal has done pretty much anything and everything. He’s a high-profile disc jockey (DJ Diesel), mixed martial artist, professional wrestler, actor, hip hop artist, sportscaster, analyst, sheriff’s deputy, and major entrepreneur.

Dwayne ‘The Rock’ Johnson is a former professional wrestler that’s widely regarded as one of the greatest of all-time. He’s a 10-time world champion, five-time Tag Team champion, and the WWE’s sixth winner of the Triple Crown. He made his pro debut in 1996 and retired in 2019.

Aside from his wrestling, Johnson has become one of the most successful, highest-grossing, and influential actors of his generation. He also owns an entertainment company called Seven Bucks Productions, is co-owner of the XFL, and founded a tequila brand called Teremana.

After retiring from bodybuilding, Schwarzenegger went on to become a famous Hollywood actor and one of the most influential actors of his generation. He also founded Oak Productions and served as the 38th Governor of California, being elected in 2003 and was re-elected in 2006.

During his playing career, Bridgeman would spend his offseasons learning the fast food industry by working for Wendy’s. After retiring, he owned hundreds of Wendy’s and Chili’s franchises, was President and CEO of Bridgeman Foods, Inc., and owner of Bridgeman Sports and Media.

Hakeem Olajuwon is a former center that spent 18 seasons in the NBA – 17 with the Houston Rockets and one with the Toronto Raptors. He was a 12-time All-Star, two-time champion, MVP, two-time Defensive POY, nine-time All-Defensive player that was inducted into the Hall of Fame.

After retiring from the game of basketball in 2002, Olajuwon built a real estate empire that exceeded profits of $100+ million. He is of Islam faith and since it’s against his religion to pay interest, he only purchases real estate in cash transactions. He lives in Jordan and Houston.

Michael Jordan is a former shooting guard that spent 15 seasons in the NBA – 13 with the Chicago Bulls and two with the Washington Wizards. He was a six-time champion, six-time Finals MVP, five-time MVP, Rookie of the Year, and former Defensive Player of the Year.

Jordan became the first NBA player to reach billionaire status – something LeBron James did recently – and a strong majority of that money came from his life after basketball. Aside from his success with the Jordan Brand, he is majority owner and president of the Charlotte Hornets.

Arnold Palmer is a former professional golfer that made his pro debut in 1954 and retired from competitive golf in 2006. He finished his career with 95 professional wins – including 62 on the PGA Tour and seven major championships. He was a four-time winner of The Masters.

Palmer made a lot of money with his signature Arnold Palmer drink – half iced tea, half lemonade. Aside from that, he earned his pilot certificate – despite having a fear of flying growing up – and logged roughly 20,000 hours over a 55-year period. He passed away in 2016.

Roger Staubach is a former starting quarterback who played 11 seasons in the NFL – all of which with the Dallas Cowboys. He was a six-time Pro Bowler, two-time champion, one-time Super Bowl MVP, and was inducted into the Hall of Fame in 1985. He had a 85-29 record.

A couple of years before retiring from the NFL, he started his own real estate company called The Staubach Company. He eventually sold the business to Jones Lang LaSalle for over $600 million and served as executive chairman of the company until deciding to retire in 2018.

Upon retiring in 1977, Bradley began a career as a politician. He was elected as a United States senator in 1979 and re-elected in 1984 and 1990. He eventually left his role as senator to run for President of the United States – though unsuccessful. He also has several business ventures.

Jim Bunning is a former starting pitcher that spent 17 seasons in the MLB – mostly with the Detroit Tigers and Philadelphia Phillies. He finished his career with a 224-184 record, was a nine-time All-Star, and was inducted into the Baseball Hall of Fame as a player in 1996.

Bunning retired after the 1971 season and served on the Fort Thomas city council before being elected to the House of Representatives in 1987 and eventually a United States senator in 1999. He announced he wouldn’t seek re-election in 2011 and passed away six years later in 2017.

Eddie George is a former running back that spent nine seasons in the NFL – eight with the Tennessee Titans and one with the Dallas Cowboys. He had seven seasons of at least 1,000 rushing yards, including a career-high 1,509 yards and 14 touchdowns on the ground in 2000.

After retiring from football in 2004, George earned a bachelor’s degree in landscape architecture and later earned his MBA. He has appeared in a Broadway musical called Chicago. He owns a restaurant named Eddie George Bar and Grille 27 and is head coach of Tennessee State.

Becky Hammon is a former point guard that spent 16 seasons in the WNBA – eight with the New York Liberty and eight with the San Antonio Silver Stars. She was a six-time All-Star that averaged 13.0 points, 2.5 rebounds, 3.8 assists, and 1.1 steals in 27.9 minutes per game.

Hammon retired in 2014 and was immediately hired as an assistant coach for the San Antonio Spurs. She broke gender barriers in the NBA – coaching Summer League and being the first acting female head coach. She’s now the head coach of the Las Vegas Aces in the WNBA.

Magic Johnson is a former point guard that spent 13 seasons in the NBA – all of which with the Los Angeles Lakers. He was a 12-time All-Star, five-time champion, three-time MVP, and three-time Finals MVP that led the entire league in assists four times and steals twice.

Johnson retired from the game in 1991 after being diagnosed with HIV. He made a brief return in 1996, but it didn’t last long. After retiring, he has enjoyed several business ventures – including Magic Johnson Entertainment, Magic Johnson Enterprises, and Lakers’ team executive.

Famous Athletes That are Nearing Retirement

The athletes listed above had no problem turning their athletic success into a second career, but now we have to turn our attention to the many famous athletes that are currently nearing retirement. Will they have the same success in their second career as those listed above?

YOU MAY ALSO LIKE: WNBA Legend Sue Bird Announces Retirement After 2022 Season

While we never know when retirement might come for an athlete – some retire after 20 seasons, while others retire after just a few years. With that said, it’s something many athletes must prepare for if they want to live a happy, healthy, rewarding, and purposeful life after retirement.