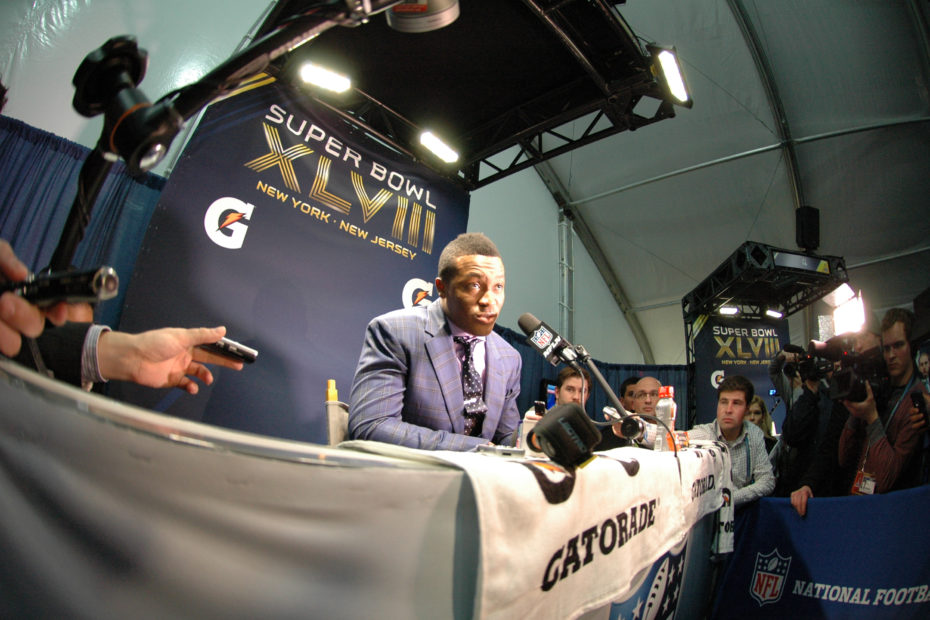 Sports Legends We Lost in 2021

Every year, we witness a new class of sports legends make a name for themselves in their respective sport. At the same time, we must say goodbye to other sports legends that pass away – some due to natural causes, others due to tragic events. It’s the circle of life.

With the new year well underway, there’s no better time to remember some of the greatest sports legends that we lost in 2021. They might be gone too soon, but they’ll never be forgotten as they helped change the landscape of the sports community for generations to come.

It’s also an excellent opportunity to think about all the other people we lost this past year. With the COVID-19 pandemic creating far more tragedy than anticipated, it seems like we’re losing prominent figures in the sports world every day – so let’s take a moment of silence for them.

Which Sports Legends Passed Away in 2021?

In 2021, we saw goodbye to a number of influential and talented athletes, coaches, general managers, owners, broadcasters, and more. In fact, we lost so many sports legends that we won’t be able to highlight all of them in one post – but, don’t worry, we’re going to do our best.

Before we begin, let’s take a second to look back at some of the sports legends we lost in 2020 – a list that includes David Stern, Kobe Bryant, John Thompson, Don Shula, Gale Sayers, Curly Neal, Tom Seaver, Diego Maradona, Kevin Greene, Tarvaris Jackson, and more.

Now as we enter 2022, we must not only remember the sports legends that are no longer here, but prepare ourselves for more heartbreak as the world continues to spin. As always, we wish everyone health and prosperity – not just for yourself, but for those that you love and support.

Throughout his career, Eaton was a one-time All-Star, five-time All-Defensive player, was named Defensive Player of the Year twice, and led the league in blocked shots four times. His career-high 5.6 blocks per game (456 total blocks) in 1984-85 remains an all-time record.

Spinks was most known for defeating the great Muhammad Ali in 1978 – it was Spinks’ eighth pro fight and is regarded as the biggest upset in boxing history. That win earned him the heavyweight championship. He also won a Gold Medal at the 1976 Summer Olympic Games.

In 774 major league games and 5,282.1 innings pitched, Sutton went 324-256 with a 3.26 ERA and 3,574 strikeouts. He pitched 178 complete games and 58 shutouts in his career. After retiring as a player, Sutton became a widely-respected television sports broadcaster.

Julio Lugo was born on November 16, 1975 and died on November 15, 2021 – one day before his 46th birthday. The cause of death was a heart attack. Throughout his 12-year MLB career, he was a shortstop for the Red Sox, Astros, Rays, Dodgers, Cardinals, Braves, and Orioles.

Colt Brennan was born on August 16, 1983 and died on May 11, 2021 at the age of 37. The cause of death was a fentanyl overdose. Although he never played a snap in a regular season NFL game, the quarterback enjoyed a legendary college career at University of Hawaii.

Vincent Jackson was born on January 14, 1983 and died on February 15, 2021 at the age of 38. The cause of death was chronic alcohol use. He spent 12 seasons in the NFL as a receiver for the San Diego Chargers and Tampa Bay Buccaneers. He was a three-time Pro Bowl player.

Pedro Gomez was born on August 20, 1962 and died on February 7, 2021 at the age of 58. The cause of death was a heart attack. He goes down as one of the most respected and decorated baseball journalists of all-time. He was a reporter for ESPN from 2003 up until his death in 2021.

Gomez was so respected in the baseball community that he served as a member of the Baseball Writers’ Association of America – the group responsible for casting Hall-of-Fame votes. Throughout his journalism career, he covered 25 World Series and 22 All-Star games.

Tommy Lasorda was born on September 22, 1927 and died on January 7, 2021 at the age of 93. The cause of death was sudden cardiac arrest after years of heart issues. Although he only played three seasons in the MLB, he went on to have a Hall-of-Fame career as a manager.

Lasorda spent four years as the Los Angeles Dodgers’ third base coach before being named manager in 1976. Over the next 20 years, he led the Dodgers to a 1,599-1,439 regular season record. He won Manager of the Year twice and led the Dodgers to two World Series wins.

Sam Huff was born on October 4, 1934 and died on November 13, 2021 at the age of 87. He died in the hospital after being diagnosed with dementia in 2013. The linebacker spent 13 seasons in the NFL – eight with the New York Giants and five with the Washington Redskins.

Huff was inducted into both the College Football Hall of Fame and Pro Football Hall of Fame. He was a five-time Pro Bowler, two-time All-Pro player, one-time NFL champion, and a member of the HOF All-1950s Team. He had 30 interceptions and 29.0 sacks (since 1960) in his career.

Floyd Little was born on July 4, 1942 and died on January 1, 2021 at the age of 78. He died after a fight with cancer. At Syracuse University, he rushed for 2,750 yards and 35 touchdowns over three seasons – adding 591 receiving yards and four receiving touchdowns in that span.

Jerry Remy was born on November 8, 1952 and died on October 30, 2021 at the age of 68. The cause of death was lung cancer, which he was diagnosed with in 2008. He’s a legend in the Red Sox community, having spent four decades with the team as a player and broadcaster.

After three years with the California Angels to begin his MLB career, Remy spent the final seven years of his career with the Red Sox – hitting 211 RBIs and scoring 385 runs in that span. He then spent 33 years as color commentator for the Red Sox, all the way up until his death.

Marvin Hagler, who legally changed his name to Marvelous Marvin Hagler in 1982, was born on May 23, 1954 and died on March 13, 2021 at the age of 66. He died of natural causes. Hagler will go down as one of the greatest boxers of all-time – he fought in the middleweight division.

Throughout his 15-year professional career from 1973-1987, Hagler went 62-3 and finished 52 of his fights by way of knockout. He was named the undisputed middleweight champion in 1980 and defended his title 12 consecutive times (11 by knockout), finally retiring from boxing in 1987.

Terry Donahue was born on June 24, 1944 and died on July 4, 2021 at the age of 77. He died after a two-year battle with cancer. Throughout his 20+ year career in football, he served as a head coach, general manager, and broadcaster. He certainly left his mark on the game.

Marty Schottenheimer was born on September 23, 1943 and died on February 8, 2021 at the age of 77. He died after a 10-year battle with Alzheimer’s disease. He spent six years in the NFL as a player before pursuing a coaching career in 1974 with the Portland Storm.

After stints as linebackers coach and defensive coordinator in the NFL, he finally earned a head coaching role with the Browns in 1984. Over the next 22 years, he had a 205-139-1 record as coach of the Browns, Chiefs, Redskins, and Chargers. He has the eight-most wins all-time.

Bobby Bowden was born on November 8, 1929 and died on August 8, 2021 at the age of 91. The cause of death was pancreatic cancer. Bowden is regarded as one of the greatest college football head coaches ever and currently ranks second all-time with 377 wins as head coach.

Demaryius Thomas was born on December 25, 1987 and died on December 9, 2021 at the age of 33. He died in his home due to injury complications from a 2019 car accident. He is forever remembered as one of the greatest wide receivers in Denver Broncos’ franchise history.

After an impressive career at Georgia Tech, Thomas was drafted 22nd overall by the Broncos in 2010. He spent the next 8.5 seasons with the team, recording 665 receptions, 9,055 yards, and 60 touchdowns over that span. He was a four-time Pro Bowler and 2015 Super Bowl champ.

Elgin Baylor was born on September 16, 1934 and died on March 22, 2021 at the age of 86. He died of natural causes. Baylor is one of the greatest basketball players of all-time and was the first overall pick by the Minneapolis Lakers in 1958. He won Rookie of the Year that season.

Hank Aaron was born on February 5, 1934 and died on January 22, 2021 at the age of 86. He died of natural causes. He will go down as one of the greatest baseball players of all-time, playing 23 MLB seasons with the Milwaukee Braves, Atlanta Braves, and Milwaukee Brewers.

Aaron holds the all-time record for most runs batted in (2,297), as well as total bases (6,856). He led the league in home runs four times in his career and his 755 career home runs ranks second all-time. He was a 21-time All-Star, one-time champion, one-time MVP, and Hall-of-Famer.

In his 10 years with Oakland, Madden went 103-32-7 (the second-highest winning percentage in NFL history). He made it to the playoffs eight years, the AFC Championship game seven times (five consecutive), and won the 1976 Super Bowl. He revolutionized the game as a broadcaster.

Other Celebrities & Sports Legends We Lost in 2021

As we reminisce about some of the sports legends we lost in 2021, we should also take a moment to remember some of the other legends that are no longer with us as we welcome 2022 into our lives. From actors to artists and fashion designers, we lost some greats this past year.

YOU MAY ALSO LIKE: 20 of the Best Sports Tattoos You’ll Ever See

We sincerely hope that 2022 is a much better year for everyone than 2021 was. The past few years might seem like a blur, especially with all the tragedy we’ve been dealt, but that doesn’t mean the world has to come to a halt. Prosperity and happiness is right around the corner!