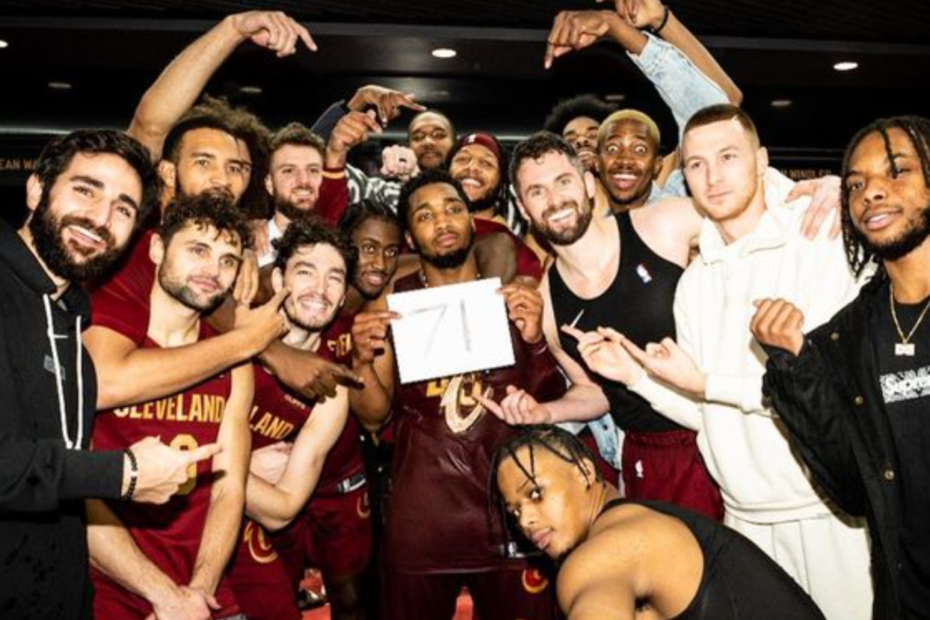 Donovan Mitchell Breaks Cavaliers’ Franchise Record With 71 Points vs. Bulls – How Does His Performance Rank Among the All-Time Single-Game Scoring Leaders?

On January 2nd, Donovan Mitchell proved he’s in a league of his own when he scored 71 points in a 145-134 overtime victory vs. the Chicago Bulls. In doing so, he became the seventh player in NBA history to score at least 70 points in a single game – writing his name alongside some of the all-time greats.

That’s when Mitchell took matters into his own hands. He scored 24 points in the third quarter, bringing the Cavs’ deficit down to 5 points, and another 18 points in the fourth quarter, including the tying basket that sent the game into OT with 3 seconds left. In OT, he scored 13 points – willing his team to victory.

The four other Cavs’ starters combined for 47 points and Mitchell was just four points away from having exactly half of his team’s total points – an incredible stat any night, but especially on a night where your team scores 145 points. He now holds the Cavaliers’ franchise record for most points in a single game.

With his 71-point performance, there are now only three players in NBA history to ever score more points than Donovan Mitchell. He’s currently in a three-way tie for 8th place on the NBA’s all-time single-game scoring leaderboard – a leaderboard that we’re going to take a closer look at below. Let’s get started!

Pete Maravich scored 68 points against the New York Knicks on February 25, 1977 at the Louisiana Superdome in New Orleans, Louisiana. He shot 26 of 43 from the field and 16 of 19 from the free throw line – this was before the NBA adopted the three-point shot, which began two years later in 1979.

In addition to his 68 points, Maravich added 6 rebounds, 6 assists, 3 steals, and 2 blocks in 43 minutes of play – he was doing a little bit of everything on the court. His New Orleans Jazz would end up winning the game 124-107, in large part due to a second quarter that saw the Jazz outscore the Knicks 34-17.

In addition to his 68 points, Chamberlain miraculously grabbed 34 rebounds and even dished two assists. While he nearly outscored the rest of his teammates (they combined for 75 points), he did out-rebound them 34-30. His Philadelphia Warriors defeated the Bulls 143-123, scoring 83 points in the second half.

In addition to his 69 points, Jordan filled the stat sheet with 18 rebounds (career-high), 6 assists, 4 steals, and 1 block. He outscored the rest of his teammates 69-48, with the four other Bulls’ starters combining for just 34 points – talk about putting the team on your back. The Bulls beat the Cavs 117-113 in overtime.

In addition to his 70 points, Booker had 8 rebounds, 6 assists, 3 steals, and 1 block – his team was a -6 with him on the court. The rest of his team only scored 50 points (half of which came from the other four starters) and his Phoenix Suns went on to lose 120-130 – despite Booker’s 51 points in the second half.

In addition to his 70 points, Chamberlain grabbed 18 points and dished 3 assists in 48 minutes of play. He nearly outscored the rest of his teammates (who put up a combined 78 points) and grabbed 1/3rd of his team’s rebounds. Unfortunately, his San Francisco Warriors ended up losing 163-148 to the Nationals.

That brings us to the man of the hour, Donovan Mitchell. He scored an impressive 71 points against the Chicago Bulls on January 2, 2023 – perhaps this was payback for Michael Jordan scoring 69 points on the Cavs in 1990. This is Mitchell’s first season with the Cavs and has already captured the city’s heart.

In addition to his 71 points, Mitchell had 8 rebounds, 11 assists, and 1 block in the 145-134 overtime victory. His Cavs outscored the Bulls 15-4 in the OT period, with 13 of those points coming from the man himself – Donovan Mitchell. He finished the OT period 4 of 4 from the field and 3 of 3 from behind the arc.

In addition to his 71 points, Robinson grabbed 14 rebounds, dished 5 assists, and recorded 2 blocks in the Spurs’ 112-97 victory. He outscored his teammates 71-41 and was the only player on his team to score in double digits. In fact, he might’ve lost if they didn’t outscore the Bulls 43-30 in the fourth quarter.

In addition to his 71 points, Baylor grabbed 25 rebounds and dished 1 assist. He outscored his teammates 71-52 and grabbed nearly 40% of his team’s rebounds – the rest of his teammates combined for 38 rebounds. His Lakers went on to win the game 123-108, largely thanks to a dominant third quarter.

In addition to his 72 points, Chamberlain had 18 rebounds and 1 assist. He outscored his teammates 72-43 and grabbed nearly 38% of his team’s rebounds. Unfortunately, it wasn’t enough to lead his team to victory as they lost 127-115 to the Lakers – Jerry West and Elgin Baylor combined for 79 points.

In addition to his 73 points, Thompson finished with 7 rebounds, 2 assists, and 1 block. Only two other players on his team scored in double digits – Dan Issel and Anthony Roberts combined for 26 points. Unfortunately, his Nuggets lost 137-139 to the Pistons, who were only playing with eight total players.

Wilt Chamberlain – making his fourth appearance on this list – scored 73 points against the Chicago Packers on January 13, 1962. He shot 29 of 48 (60%) from the field and 15 of 25 (60%) from the charity stripe. He faced some resistance from Walt Bellamy and Ralph Davis, who combined for 64 points.

In addition to his 73 points, Chamberlain grabbed an impressive 36 rebounds – nearly half of his team’s total, with his teammates combining for 37 rebounds. His Philadelphia Warriors scored at least 30 points in all four quarters, while only allowing 30+ points in one quarter. They ended up winning 135-117.

In addition to his 73 points, Chamberlain grabbed 14 rebounds (about 33% of his team’s total) and dished 1 assist. He faced some resistance from Richie Guerin and Gene Shue, who combined for 50 points, but it wasn’t enough as Chamberlain’s San Francisco Warriors snagged a 127-111 victory over the Knicks.

Wilt Chamberlain – making his sixth appearance on this list – scored 78 points against the Los Angeles Lakers on December 8, 1961. It was an instant classic that also featured a masterful 63-point, 31-rebound outing from the Lakers’ Elgin Baylor – Jerry West also put together an impressive 32-point triple-double.

In addition to his 81 points, Bryant recorded 6 rebounds, 2 assists, 3 steals, and 1 block. He was 24 points away from outscoring the entire Raptors’ team, who put up 104 points. Bryant put up 26 points in the first half before scorching Toronto with 27 points in the third quarter and 28 points in the fourth quarter.

Wilt Chamberlain – making his seventh appearance on this list – scored 100 points against the New York Knicks on March 2, 1962. It was his sixth time scoring at least 70 points between December 8, 1961 and March 10, 1963 and it came just three months after his masterful 78-point outing against the Lakers.

Will Anyone Match Donovan Mitchell This Season?

It has been nearly 17 years since we’ve seen a player put on as dominant of a performance as Donovan Mitchell – dating back to Kobe Bryant and his 81 points in 2006. And while it’s easy to think something like that won’t ever happen again, the NBA players of today are poised to make it much more common.

YOU MAY ALSO LIKE: Jayson Tatum Makes NBA History With a Crazy Stat Line vs. Heat; Here Are 20 Other Crazy NBA Stat Lines So Far This Season

Compared to a season ago, we saw just 119 40-point outings, 19 50-point outings, two 60-point outings, and two players with 30+ points per game – keep in mind, that’s across the entire 82-game season. My point is NBA players are scoring at a rapid rate this season, so another 70-point outing isn’t out of reach.