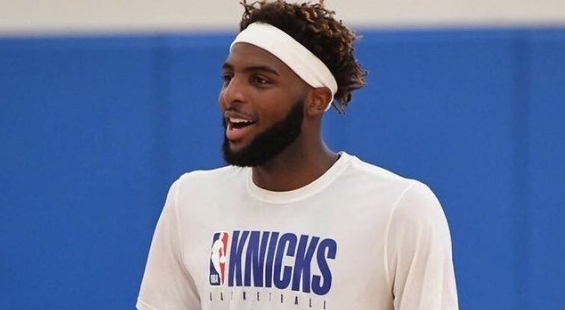 After two weeks of being reported as missing, Mitchell Robinson Jr. – the father of New York Knicks center Mitchell Robinson III – has been found after a routine traffic stop in Clayton, Missouri. He was safe, he wasn’t in danger to himself, and was given a verbal warning.

The announcement came on February 25th at the hands of the Clayton Police Department, who discovered he was a missing person after running his information through their system. The CPD immediately contacted the Escambia County Sheriff’s Office, who originally filed the missing person report.

RELATED: 20 Things to Watch Now That the Olympics Are Over

“My dad is missing if you have info on his whereabouts please contact 850-436-9620,” said Mitchell Robinson III on Snapchat. He also added, “Daddy I hope you see this I just want you to come home. your grandbaby and I can’t go on without you,” through his Facebook account.

The ECSO confirmed the announcement on Facebook, stating “Mitchell Robinson Jr. has been safely located. Thank you for your shares!”

Mitchell Robinson III is currently in his fourth season in the NBA after being drafted by the New York Knicks early in the second round of the 2018 NBA Draft. While he hasn’t emerged as a star player for the team, he has become a consistent contributor both on offense and defense.

This season is the second year Robinson III is being used as a regular starter. He has started 46 of the 55 games he appeared in thus far, following a 2020-21 season where he only played in 31 games (29 starts). He missed most of the season to a broken right hand suffered in February 2021.

Robinson III has a lot more basketball to play and his best years are still yet to come. He already broke Wilt Chamberlain’s record for highest field goal percentage in a single season, with Robinson III shooting over 74% from the field during the 2019-20 season.

There’s no telling just how high Robinson III’s ceiling is, but at least he doesn’t have the weight of his father missing on his shoulders!