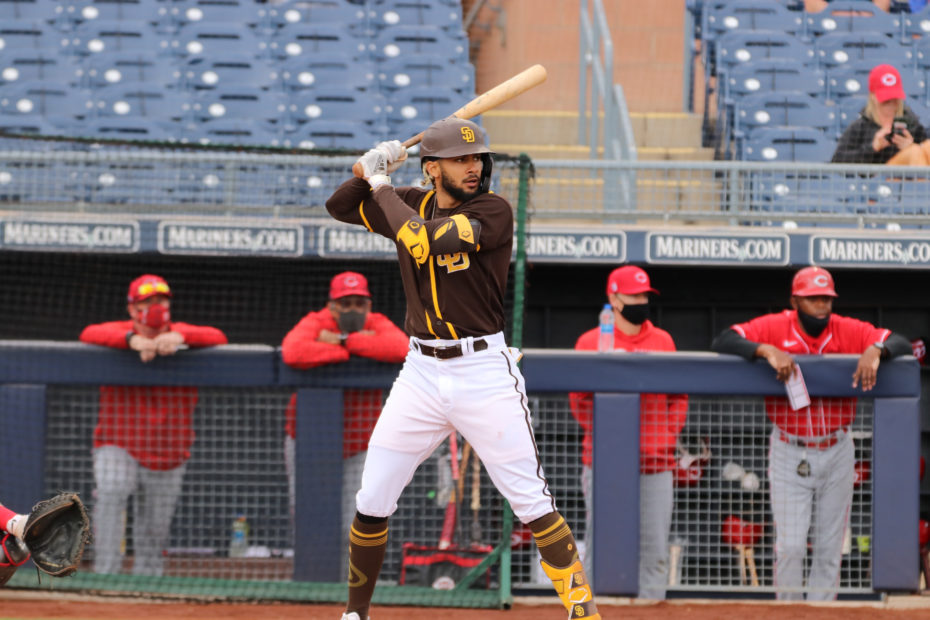 Fernando Tatis Jr. Speaks Out After PED Use and 20 Other Players to Take Banned Substances

The baseball community was rocked on August 12th when the MLB announced that Fernando Tatis Jr. was being suspended 80 games for using performance-enhancing drugs. Tatis Jr. is one of the most exciting and captivating young stars in the league today, so this news stung.

Less than two weeks later, Fernando Tatis Jr. spoke and was visibly upset over his actions. “I’m gonna remember how this feels, and I’m gonna make myself not ever be in this position ever again. I know I have a lot of love that I have to gain back. I have a lot of work to do,” he said.

According to the MLB, Tatis Jr. tested positive for Clostebol, a testosterone-boosting anabolic steroid. As a result of the suspension, Fernando Tatis Jr. will miss the rest of the 2022 season, the 2022 postseason, the start of the 2023 season, and the 2023 World Baseball Classic.

RELATED: MLB Teams to Score At Least 25 Runs in a Single Game Since 1900

Fernando Tatis Jr. Isn’t the Only Player to Take PEDs

While performance-enhancing drugs have haunted the MLB for decades, things started to take a turn for the worse in the 2000s – largely due to the release of the 2005 book Juiced by Jose Canseco and the release of the Mitchell Report in 2007. In two years, baseball history changed.

Just like that, dozens of superstar players were thrown under the bus for their use of steroids and other performance-enhancing drugs. It not only changed the way the MLB looked at its players, but it changed the way fans looked at their favorite players – it changed everything.

While Fernando Tatis Jr. is the latest MLB superstar to get caught using performance-enhancing drugs, he joins a list of hundreds of baseball players that have done the same. Let’s take a look at some of the most prominent players to take PEDs – whether it was alleged or admitted to.

While he never admitted to using performance-enhancing drugs, Bret Boone was one of the many baseball players outed in Jose Canseco’s tell-all book in 2005. He allegedly used steroids in 2001, which would make sense – he hit 19 home runs in 2000, but 37 home runs in 2001.

Chuck Finley is one of the few players on this list that weren’t listed in the Mitchell Report or in Jose Canseco’s book. Instead, it was his ex-wife who spilled the beans in 2002 during their divorce proceedings. She even testified that she witnessed her husband injecting steroids.

Although he declined to comment at the time, Eric Gagne was listed in the Mitchell Report. He allegedly bought two kits of human growth hormone (hGH) from Kirk Radomski, which he had shipping receipts for. In 2010, Gagne admitted to taking hGH to recover from a knee injury.

Although he didn’t receive any discipline from baseball’s commissioner, Troy Glaus reportedly received an illegal prescription for both nandrolone and testosterone from Signature Pharmacy (through an anti-aging clinic) in 2003 and 2004. The news broke in 2007 by Sports Illustrated.

Brian Roberts was named in the Mitchell Report, based off a statement by former teammate Larry Bigbie – who said Roberts used steroids. Although he declined to comment at the time, Roberts later admitted to using steroids once in 2003, adding that it was a ‘terrible decision.’

Rafael Palmeiro wasn’t listed in the Mitchell Report or Jose Caseco’s book, but he did test positive for steroids on August 1, 2005. Since it was a clear violation of MLB’s Joint Drug Prevention and Treatment Program, Palmeiro served a 10-game suspension for his wrongs.

Although he continues to deny any steroid use, Juan Gonzalez has been linked to PED use several times. He was mentioned in the Mitchell Report when an unmarked Indians’ bag found in the team luggage had steroids in it. He was also named in Jose Canseco’s book in 2005.

Benito Santiago was listed in the Mitchell Report, having admitted to using PEDs during a BALCO federal grand jury testimony. In 2003, a clubhouse attendant for the San Francisco Giants found syringes in his locker, which ultimately led to the end of his long career.

While he wasn’t listed in the Mitchell Report, Ivan Rodriguez was accused of using steroids by Jose Canseco in his 2005 book. In fact, Canseco claimed to be the one that had injected him with steroids while they were teammates. Still, Rodriguez disputed and denied those claims.

Mo Vaughn was one of the 50+ players who were listed as clients of Kirk Radomski in the Mitchell Report. He allegedly bought $8,600 worth of human growth hormone (hGH) from Radomski – though Vaughn declined to interview, the evidence against him is fairly obvious.

Miguel Tejada never bought testosterone or hGH from Kirk Radomski himself, but one of his former teammates stated that he bought $6,300 worth of PEDs from Radomski for Tejada – this was confirmed by Radomski and listed in the Mitchell Report. Tejada declined to comment.

Although Alex Rodriguez denied using PEDs in a 2007 interview with Katie Couric, a report by Sports Illustrated in 2009 noted differently – stating that he tested positive for testosterone and Primobolan during the 2003 season. It was a shocking development that hurt his legacy.

In 2009, a New York Times article reported that Sammy Sosa was one of the many players to test positive for steroids in 2003. He denied using steroids in front of Congress in 2005 and has stayed true to that claim ever since. As a result, he was never inducted into the Hall of Fame.

According to the Mitchell Report, former MLB strength and conditioning coach Brian McNamee not only provided and injected Andy Pettite with hGH in 2002 – Pettite was recovering from an elbow injury at the time. Several days after the allegation, he admitted to the hGH injections.

Gary Sheffield was one of the nine players listed in the Mitchell Report who were linked to the BALCO scandal. His name was included because of a FedEx receipt to BALCO in Sheffield’s name. He later admitted to using steroids in front of the BALCO federal grand jury testimony.

Despite his personal trainer warning him to stop using Deca-Durabolin, Jason Giambi didn’t listen and later tested positive for the PED in 2002. Giambi testified in front of the BALCO federal grand jury and admitted to his use of steroids, which he later apologized for in 2007.

Roger Clemens has never admitted to using PEDs, but both Jose Canseco and trainer Brian McNamee have alleged his use of hGH, Deca-Durabolin, Winstrol, Sustanon, and Anadrol between 1998 and 2001. It’s the only reason why Clemens will never be in the Hall of Fame.

Jose Canseco famously admitted to PED use in his 2005 book called Juiced, where he also outed a lot of other MLB players. A 2007 Sports Illustrated article also reported that he bought hGH, testosterone, stanozolol, and human chorionic gonadotropin from Signature Pharmacy.

Mark McGwire was listed in Jose Canseco’s book and has long been linked to steroid use. He admitted to using androstenedione in 1998, but it wasn’t yet banned by the MLB. It wasn’t until 2010 that he finally admitted to what fans already knew – he used steroids most of his career.

Barry Bonds testified in front of the BALCO federal grand jury and denied using steroids, but he was later indicted for lying under oath – those charges were dropped. While he has never admitted to using steroids, it’s something most fans and analysts will always hold against him.

What Does the Future Hold for Fernando Tatis Jr.?

Fernando Tatis Jr. is currently taking a lot of heat for his PED use – and rightfully so. There’s no room for cheating in sports and there’s certainly no excuse for it. What Tatis Jr. did was wrong and now he’ll have to pay for it – not just with a suspension, but he’ll have to gain his trust back.

While we won’t be seeing Fernando Tatis Jr. for a while, he’s still a member of the San Diego Padres and will return at some point in 2023. At that point, he’ll begin his comeback tour – which won’t be easy, especially considering all the ‘boos’ he’ll have to deal with when he does return.

YOU MAY ALSO LIKE: 20 Baseball Pitchers Who Recovered From Tommy John Surgery

As for the Padres, they’ll have to do without one of their stars for the rest of the 2022 campaign. In a way, it’s a good thing they traded for Juan Soto at the trade deadline. Still, they’re currently fighting for a Wild Card spot with the Philadelphia Phillies – we’ll see if they make the playoffs!