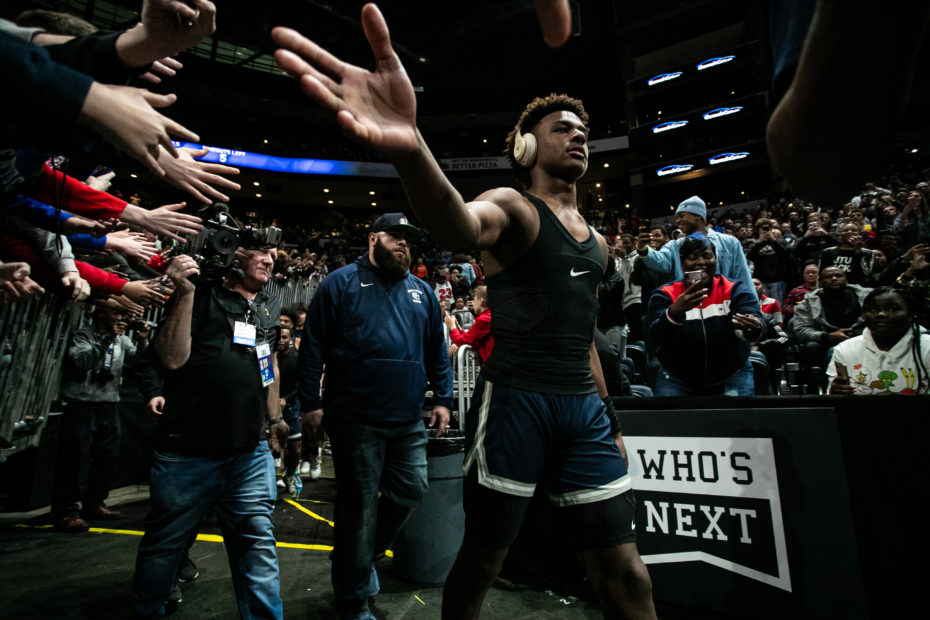 When famous athletes make the transition into athletic parents, the world sits in anticipation to see whether their children end up following in their footsteps. It doesn’t always happen, but when it does, it’s always an exciting sight to see – not just for fans, but for the athletic parents as well.

Let’s be honest, all athletic parents would love to see their children one day succeed in the sport they found success in themselves. At the same time, it’s wrong to force a career on them and it’s a decision that must be made by the child itself – much like any other profession or hobby.

The most important thing is that the child is happy, the parents are happy, and everyone supports one another’s dreams, goals, and desires. Even if the child doesn’t want to enter the world of sports, they should have the full and unconditional support of their athletic parents.

Which Athletic Parents Have Athletic Children?

Athletic children following in their athletic parents’ footsteps is nothing new in the world of sports. We’ve been witnessing this ever since sports were deemed ‘a thing.’ For some kids, they have dreams of being as good as their parents in sport. For other kids, they dream of being better.

All the athletes listed above had parents that played the same sport as them and they turned out to have some of the best careers their sport has ever seen. Today, there’s a new flock of athletic children following in their athletic parents’ footsteps. Let’s go ahead and meet some of them!

Beckham’s 19-year old son, Romeo Beckham, started at Arsenal’s Academy in 2014, but decided to pursue a tennis career. After five years, he returned to soccer and made his pro debut with Fort Lauderdale CF in 2021. He now plays for Inter Miami, a team owned by his dad.

Wade’s son, Zaire Wade, is currently fighting for a spot in the NBA. He was a three-star recruit out of high school and received several college offers. He was recently selected No. 10 overall in the NBA G-League Draft by the Utah Jazz affiliate. His father is part owner of the Utah Jazz.

LeBron James is an active basketball player that will enter his 20th season in the NBA next season. He is averaging 27.1 points, 7.5 rebounds, 7.4 assists, 1.6 steals, and 0.8 blocks per game over his career. He’s a four-time champion, 18-time All-Star, and four-time MVP.

James’ 17 year-old son, Bronny James, is a junior (Class of 2023) at Sierra Canyon High School and is a four-star recruit with a path to the NBA. He has a long way to go and needs to work on his offensive game, but he plays well on defense and is starting to improve as a player.

Pippen’s 21-year old son, Scotty Pippen Jr., played three seasons at Vanderbilt University and averaged 17.5 points, 3.1 rebounds, 4.3 assists, 1.6 steals, and 0.2 blocks during his college career. He recently declared for the 2022 NBA Draft and is expected to be a second round pick.

Shaquille O’Neal is a Hall of Fame basketball player that played 19 seasons in the NBA. He averaged 23.7 points, 10.9 rebounds, 2.5 assists, 0.6 steals, and 2.3 blocks per game over his career. He was a 15-time All-Star, four-time champion, two-time scoring champ, and MVP.

O’Neal’s 22-year old son, Shareef O’Neal, is currently in the college transfer portal after playing the last two seasons with LSU (his father’s alma mater) and another year with UCLA. He is averaging 2.6 points and 3.0 rebounds per game as he looks for a final shot at college ball.

Tiger Woods is one of the most dominant golfers of all-time. He turned professional in 1996 and has accumulated 82 wins on the PGA Tour and 15 major championships – including five Master’s, four PGA Championships, three US Opens, and three The Open Championships.

Woods’ 13-year old son, Charlie Woods, is a spitting image of his father. He was born in 2009 and started competing in golf at an early age. In 2020, he won his first junior tournament and he most recently came in second at the 2021 PNC Championship – he was playing with his father.

Brad Johnson is a retired football player that spent 15 seasons in the NFL. He finished his career with a 72-53-0 record as starting quarterback, throwing for 29,054 yards, 166 touchdowns, and 122 interceptions. He won a Super Bowl in 2002 with the Buccaneers.

Johnson’s 20-year old son, Max Johnson, is a quarterback for the LSU Tigers. He only played in 6 games as a freshman, but threw for 8 touchdowns and just 1 interception. As a sophomore in 2021, he threw for 2,815 yards, 27 touchdowns, and 6 interceptions. He’ll continue to improve.

Dwayne Johnson, known to many as The Rock, is one of the greatest professional wrestlers of all-time. He spent eight years in the WWE, where he built a name for himself and won 10 world championships. He was a major name during what many refer to as wrestling’s “Attitude Era.”

Johnson’s 20-year old daughter, Simone Johnson, is looking to make a name for herself in the WWE – just like her father. She’s a beast in the gym and is currently one of the top recruits at WWE’s Performance Center. She signed with the WWE in 2020 and should get her shot soon.

Cristiano Ronaldo is a Portuguese football (soccer) player that is widely regarded as one of the greatest of all-time. He has played for Sporting CP, Manchester United, Real Madrid, and Juventus. He has played in 930 matches over his career, recording 696 goals and 231 assists.

Ronaldo’s 11-year old son, Cristiano Ronaldo Jr., is currently signed to Manchester United’s youth academy and is already proving he’s worthy of bearing his father’s name. He’s one of the up-and-coming football stars and while he has a ways to go, he will only get better from here.

Williams married Alexis Ohanian, co-founder of Reddit, in November of 2017. Just a few months earlier, in September of 2017, she gave birth to their daughter, Alexis Olympia Ohanian Jr.. We don’t know for sure if Olympia will follow in Serena’s footsteps, but she is already showing signs.

Wayne Rooney is an English football (soccer) player that enjoyed a 20-year career as a player for Everton, Manchester United, D.C. United, and Derby County – a team he’s currently the manager of. He played in 764 career matches, scoring 313 goals and dishing 168 assists.

Rooney’s 12-year old son, Kai Rooney, recently signed with Manchester United’s youth academy and plays alongside Cristiano Ronaldo Jr.. The two are bound to do great things together, with Kai already putting the youth academy on notice with his amazing and fine skills.

Anna Kournikova is a former female tennis player that made her professional debut in 1995 and retired in 2003. She had a 209-129 singles record and 200-71 doubles record (16 titles, 2 Grand Slams). Her highest ranking was No. 8, but was forced to retire early due to injuries.

Kournikova married popular singer Enrique Iglesias in 2007 and the two have three children together – twins (Nicholas and Lucy) born in 2017 and a second daughter (Mary) born in 2020. We don’t know if Mary will be a tennis player, but she’s certainly getting dressed for the part!

Lochte married Kayla Rae Reid, a former Playboy Playmate of the Month, in January of 2018. Just a few months prior, in June of 2017, the two welcomed their first child, a son named Caiden Lochte. He hasn’t started competing yet, but is definitely taking after his dad in the pool.

Emmitt Smith is a Hall of Fame running back that spent 15 seasons in the NFL. He’s widely regarded as one of the greatest running backs of all-time and is the league’s leading all-time rusher. He ran for 18,355 yards and 164 touchdowns. He won three Super Bowls with Dallas.

Smith’s son, E.J. Smith, is currently a junior at Stanford University. He plays running back and only played in three games as a freshman – recording three catches for seven yards. As a sophomore, he played seven games and recorded 133 rushing yards and one touchdown.

How Will These Kiddos Compare to Their Athletic Parents?

Those are some pretty well-known athletic parents listed above, so it’s no surprise that they have some athletic offspring to support now that their careers are over – or almost over. The real question now is whether or not their children will find success in their own sports career.

Some of the children listed above are well on their way to greatness and have already proven themselves at the professional level. Others have a long way to go and might not ever make it, but that’s not going to stop them from trying. In fact, it might just be the spark that lights their fire.

YOU MAY ALSO LIKE: Athletic Parents With More Than Five Kids

I don’t know about you, but I’m excited to see where these athletic children and young adults end up. I’ll be keeping my eye on them as they continue their journey in the sports industry and will be hoping to see them perform on the biggest of stages. Will you be following along, as well?