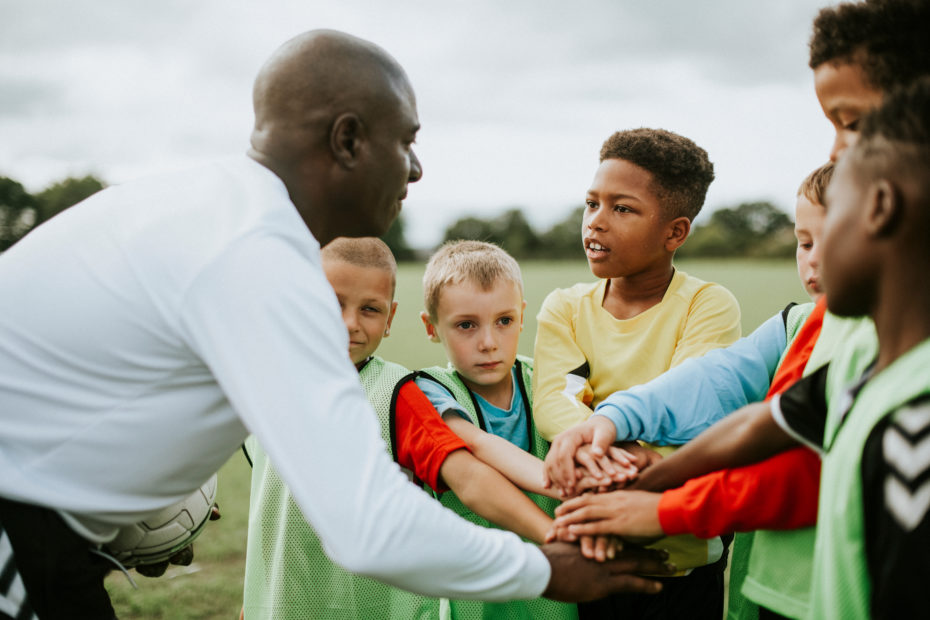 Children and adolescents have a lot to gain from playing sports, but have you ever wondered which sports are the best sports to get your child involved in early? Some of the sports are more obvious than others, but every kid is different and you never truly know what they’ll grow to like.

The best sports present a number of benefits to your child’s mental, emotional, social, physical, and spiritual health. It immediately increases the amount of physical activity they receive each week and exposes them to regular exercise, which is extremely important to your child’s health.

Not only that, but children that participate in the best sports for kids often experience greater academic potential, form closer bonds with their peers and community, learn how to overcome adversity and face challenges, and open the door to a possible career, if they’re serious about it.

RELATED: How to Motivate Kids in Sports

What Are the Best Sports for Kids to Play?

Since children have such a short attention span, you want to find a sport that keeps them engaged and entertained – a sport they’re going to look forward to playing regularly. In fact, you might have to try several sports before finding the one that your child enjoys or likes the most.

If you’re looking to get your child involved in the best sports early on in their life, then you’ve come to the right place. Below, we’re going to take a look at 15 of the best sports for children and why you might want to consider them for your child. We wish your child all the best luck!

When most people hear the term ‘wrestling,’ they immediately imagine the WWE with its drama, theatrics, and stunt-level performances. While that is technically considered professional wrestling, it’s far from what the actual sport of wrestling entails – so don’t get the two confused.

The actual sport of wrestling is much less violent and far more technical. It’s an individual sport in terms of performance, but youth wrestlers are part of a larger team that teaches them teamwork and camaraderie. It’s a good way to stay in shape, but is also good self defense.

A lot of parents might cringe a little when they think about their child playing football, but don’t worry – it’s not the type of football you see on Sunday. Most kids don’t start tackle football until the age of 12, but that doesn’t mean there aren’t other – safer – variations of football available.

Two of those variations are touch football and flag football – neither of which involve tackling or anything violent. It introduces them to the basic rules of football and acts as a great stepping stone to tackle football. You can also consider ultimate frisbee, which is similar to football.

Hockey is another ‘violent’ sport that might scare a lot of parents, but youth hockey takes certain measures to prevent injury risk and violence. The thought of their child skating on ice also might scare parents, but there are a number of variations and alternatives available.

This is another sport that might scare a lot of parents due to the reputation boxing and MMA have, but it’s a completely different environment and atmosphere with youth. While kids generally won’t see an amateur fight until they’re a teenager, they can start training early.

In fact, boxing or MMA training can begin as early as five years old. There won’t be any fighting involved, rather focusing on the technique, principles, rules, and different fighting styles. They’ll learn self defense, stay active, and be exposed to new friends along the way – which is good!

How many times in the past year have you taken your child bowling? It has become a regular hobby for millions of children all around the world and often one of the first things they ask to do on a rainy day. With that said, it makes perfect sense to get your child involved competitively.

Youth bowling leagues are a great way to get your child out of the house, get them engaged in something that’s bigger than themselves, and further improve upon their bowling skills. They’ll meet a lot of great people and have fun doing it – especially those that aren’t very active.

Volleyball is a sport that’s often forgotten about when considering the best sports for kids – but don’t let that fool you. It’s an extremely popular sport that doesn’t require a lot of running, but still gives your child a regular workout. Volleyball is much more popular among girls than boys.

One of the most attractive things about volleyball is the lack of equipment needed – which will put a smile on any parent’s face. There’s also a low risk of injury, which is always a plus. Either way, playing volleyball early on will teach your child a lot about teamwork and working together.

Most children learn how to ride a bike between the ages of two and eight – with the average being around five years old. It’s something your child will either absolutely love or completely hate. For those that love riding their bike, it might be a good idea to get them more involved.

If your child takes up an extreme interest in running, you should definitely consider getting them involved in some type of running activity – track and field, cross country, or a youth running club. The more they practice, the more opportunities they’ll receive in high school and even college.

Golf is an individual sport that most kids have tried at least once by the age of 10, but some kids start playing as early as five or six years old. It’s one of the easiest sports on your body and your risk of injury is extremely low, but it’s still a great workout that involves a lot of walking.

The only real disadvantage of getting your child started in golf is the cost – golf bags cost a lot, golf clubs are expensive, the cost of golf balls adds up, and golf course fees can hurt your wallet. It’s all worth it when you consider the amount of fun your child will have on the course.

Tennis is another individual sport that can be taught rather easily, but it won’t come with the heavy expense that golf does. It’ll still have some costs – tennis racket, tennis balls, tennis shoes, and court fees if you don’t have access to a free one), but it’s nothing compared to golf.

Many families live within walking distance of a public tennis court and it surprisingly doesn’t cost a lot to make a DIY tennis court at your home – even if it’s just half of a court. It’s a great way to exercise, it gets your kid outside, and it might transition into a love for badminton or racquetball.

We’re going to lump gymnastics, dance, and cheer into the same category because they’re all strikingly similar to one another – albeit unique in their own ways. It makes sense that they’re considered some of the best sports for kids – after all, they love to jump around and do flips.

While these three sports are heavily dominated by girls, that doesn’t mean they’re not welcome to boys. If your son is showing an interest in gymnastics, cheer, or dance, let him explore his interest because it could be the start of something special. It might even transition to the ice.

Find me a kid that doesn’t want to spend hours inside the pool – I’ll wait. Swimming is something most kids already look forward to on a hot, sunny day, but they’d be ecstatic to learn that they can take that fun indoors and learn how to swim competitively. It’s fun, but it’s also exercise.

While not all schools have a swim team – mainly because most schools don’t have funding for a pool – there are a wide range of local swimming clubs that your child can join. Some of those clubs start as young as five years old. Let’s see how much your child really loves to swim!

Basketball is one of the most common sports for children, which is why it’s no surprise that it’s high on our list of best sports to get your kid involved in early on. Just look at any home with kids and you’ll likely find a basketball hoop in the driveway – and it likely gets used frequently.

There are a lot of ways to get your kid involved in basketball. Youth basketball camps are great for younger children or those that want to freshen up on their skills, while youth leagues and tournaments are more tailored towards competitive players that are part of a much larger team.

Baseball is  one of the most popular sports for children with a number of variations available for all ages. Most children start with tee-ball, which introduces them to the sport and makes hitting the ball easier without the presence of a pitcher. Parents are also heavily involved in this.

Next to baseball and softball, soccer is one of the most popular sports to get your child involved in early on. There’s not a lot of contact, but it requires an extreme amount of athleticism and stamina. It’s a great way to keep your child active and tire them out so they aren’t wild at home.

Most youth soccer programs start as early as five years old and many local teams stick together for years – even through middle school and high school. Some of the best friends your child ever meets will be from their soccer days and they’ll carry those relationships forever.

Which of the Best Sports Will Your Kid Take Up?

There are so many sports out there tailored to meet the physical, mental, emotional, and spiritual needs of your child, but that doesn’t mean all sports are the best sports for your child. It might take some time, trial, and error, but your kid will find something they enjoy eventually.

Even if it’s not something they stick with for the rest of their lives, getting your kid involved in sports early on is extremely beneficial to their health and wellness journey. It’ll help them grow and develop into an incredible young adult – likely playing a major role in their early childhood.

YOU MAY ALSO LIKE: Famous Athletes With More Than Five Kids

From personal experience, the best sports for me growing up were soccer, hockey, and track and field. I learned a lot about teamwork, communication, hard work, not giving up, and learning to have fun, even in the face of defeat. Of course, it also helped me stay in-shape and healthy.