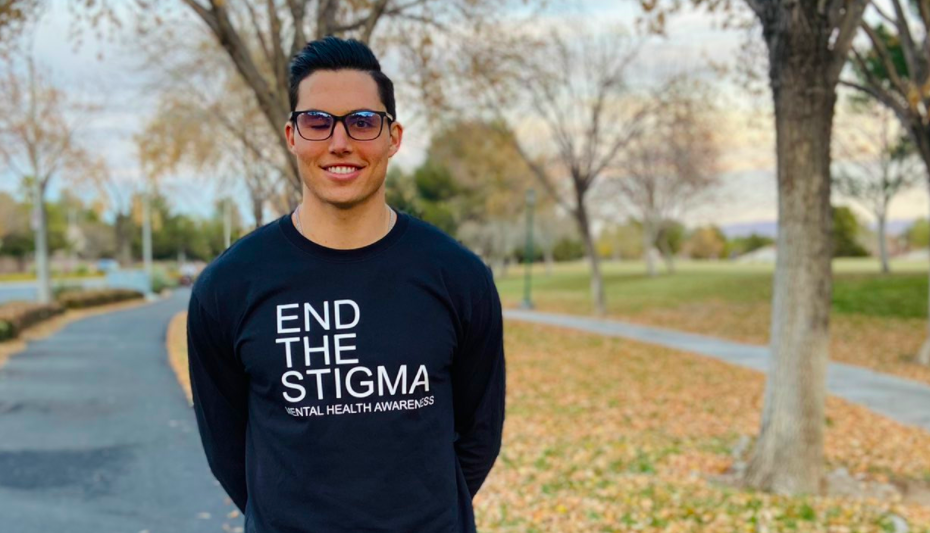 Many of you may know the classic film “Angels in the Outfield”. An inspiring film uplifted those who sat and watched it on their home screen or at the theaters nationwide.

Today, one professional baseball player is back playing the game he loves after angels seemed to be by him after a threatening traumatic situation but who is now using his story in hopes of uplifting and encouraging others to know they’re not alone.

You may have heard the story of Drew Robinson. It’s an uplifting one that came after what was a dark, dark place.

RELATED: San Francisco Giants Outfielder Drew Robinson Hopes to Use His Own Story to Help Others: ‘You Are Not Alone’

What a powerful moment for a man who almost lost it all. And Robinson said he “feels like he’s living out a movie”.

“I’m officially a one-eyed professional baseball player…I’m lucky enough to say that I’ve made the Giants Triple-A roster…And the fact that we open our season in my hometown of Las Vegas just really can’t get anymore full circle,” Robinson said in a tweet. “For real though, my first games back, after everything that’s happened, are at home in front of all the people that got me through my incident and this last year as a whole? It feels like I’m living out a movie.”

Robinson went on to say he “kind of started baseball again hesitantly and worked hard just to see what could happen” and that “plenty of times” he didn’t think it was possible and that he was “wasting (his) time”.

“But here I am, getting ready to play another professional season, with an astronomical amount of meaning attached to it,” Robinson said. “This is so much bigger than me”.

“I don’t know if I’ll be able to fully describe how excited I am for these next six games, but I know that this is going to be another powerful experience, and I’m so ready for it,” Robinson said to ESPN on Wednesday, per Passan. “Our game isn’t even until tomorrow, but I already had a hard time staying asleep last night because of how excited I am for these games and this experience as a whole…After going through most of my life not fully appreciating what was happening, I can promise that I’ll be taking in every second of this season with a new understanding of how special all of this is.”

According to Passan report, Robinson’s April 2020 suicide attempt “surprised friends and family, who always had seen Robinson as the wisecracking, good-natured life of the party.” Thankfully, Robinson survived the attempt and is now making the most of his second chance. However, it’s was a difficult road to get to where he is today.

“Four surgeries, including the removal of his eye that was damaged by a bullet, stabilized Robinson physically. Rebuilding him mentally was a far more difficult task, one that continues today through regular therapy, meditation, and medication,” Passan wrote. “It is the foundation that allowed Robinson to rejoin the sport that brought him joy and pain — and to apply all he has learned so that his family’s fears of baseball sending him back to a dark place would be unfounded.”

On April 17, Robinson reflected on the past year in a tweet wearing a shirt that reads “End the stigma: mental health awareness”:

“One year ago today, I chose life,” Robinson said. “What a year it’s been. Lots of highs, some lows. Grateful for all of it. Thank you to everyone whose reached out, offered support or sent some love my way. You are all so appreciated…#Alive“.

Alive. That’s something to be grateful for all day, every day, every second, thanking God for the breath in our lungs.

If you or someone you love is battling suicidal thoughts or mental health struggles, there is a National Suicide Prevention Lifeline you can call at 1-800-273-8255. Your life is worth it. You are loved. You are cherished. You are one of a kind. Your life matters.