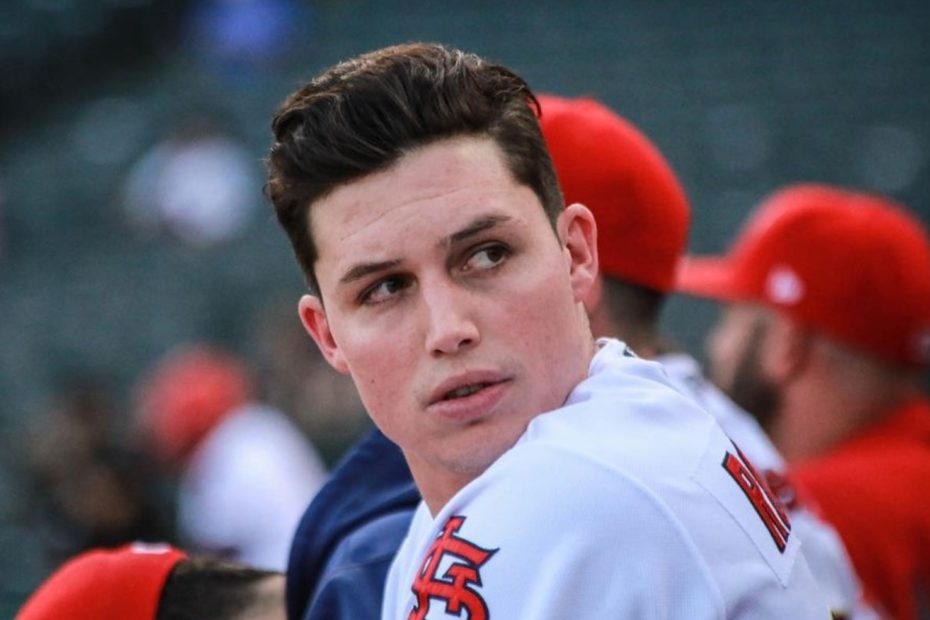 San Francisco Giants Outfielder Drew Robinson Hopes to Use His Own Story to Help Others: ‘You Are Not Alone’

San Francisco Giants Outfielder Drew Robinson Hopes to Use His Own Story to Help Others: ‘You Are Not Alone’

This is bigger than a baseball article. This is life. And we are celebrating Drew Robinson, a MLB player, for choosing life! After what was a dark season in 2020 for Robinson, he is now seeing the light and wants others to know help is on the horizon.

RELATED: Atlanta Falcons Tight End Hayden Hurst Wants To Break The Stigma On Mental Health: ‘As Dark As It Gets, I Promise You There Is Someone Out There Who Cares And Loves You’

“I didn’t think I could experience something as powerful as the moment I chose life, the moment I woke up from my first surgery and felt genuine love and appreciation, or the day I reunited with my family after my hospital stay, but I can genuinely say that the last 5 days have been just as powerful because of the way you all have accepted me, uplifted me, and encouraged me to continue to choose life…I promise to do everything I can to talk about and spread the lessons and experiences I’ve learned to help shine light on topics of mental health that I, of all people, know can feel so dark. Help is out there, and it’s a lot closer than you think,” Robinson said in a Twitter post on February 6.

In a detailed feature story on Robinson titled “‘I’m meant to be alive’: The remarkable story of Drew Robinson“, ESPN’s Jeff Passan goes in-depth on what happened to Robinson in 2020.

“On April 16, 2020 Drew Robinson attempted suicide,” ESPN said in a Twitter post. “Less than a year later, he has a new contract with the Giants and a chance to make the major league roster.”

ESPN PR also notes: “Now, he wants to help others while he returns to baseball.”

Before going further with this, it’s important to note and encourage you if you or someone you know or love is having suicidal thoughts or going through mental health battles, please call the National Suicide Prevention Lifeline at 1-800-273-8255.

“We can all help prevent suicide,” the National Suicide Prevention lifeline site says. “The Lifeline provides 24/7, free and confidential support for people in distress, prevention and crisis resources for you or your loved ones, and best practices for professionals.”

ESPN’s Pablo S. Torre says this feature story is what “Passan calls the most important story he will ever report”.

Here’s how you can read Passan’s full article:

“That was supposed to be the end of Drew Robinson’s story,” Passan said in the article. “Over the next 20 hours, he would come to realize it was the beginning of another.”

“‘I’M HERE FOR a reason,’ Drew Robinson says. It’s six days before Christmas 2020. He’s feeling thankful. He wants to tell the world what happened — so he can heal, and maybe so he can help others heal, too. The reason, Drew says, is because ‘I was supposed to tell a story,’ and not just the story of what happened. The real story — the important story — is what happened after: every minute he’s alive, moments good and bad. It’s not some sanitized version where a man is saved and happily ever after is the outcome. It is raw and beautiful and ugly and melancholy and triumphant and everything in between.”

After his story was released, so much support came pouring in, which Robinson felt so much gratefulness for.

There’s been so much love and support for Robinson and for those who are battling suicidal thoughts.

Please know this, just as the support is rolling in for Robinson, know YOU, TOO, ARE SO IMPORTANT, LOVED, VALUED, AND CHERISHED. YOU bring so much to this world. Don’t ever forget that. And there’s more people who don’t want you to forget that, either, including Robinson himself.

If you or someone you know or love is having suicidal thoughts or going through mental health battles, please call the National Suicide Prevention Lifeline at 1-800-273-8255.

“We can all help prevent suicide,” the National Suicide Prevention lifeline site says. “The Lifeline provides 24/7, free and confidential support for people in distress, prevention and crisis resources for you or your loved ones, and best practices for professionals.”