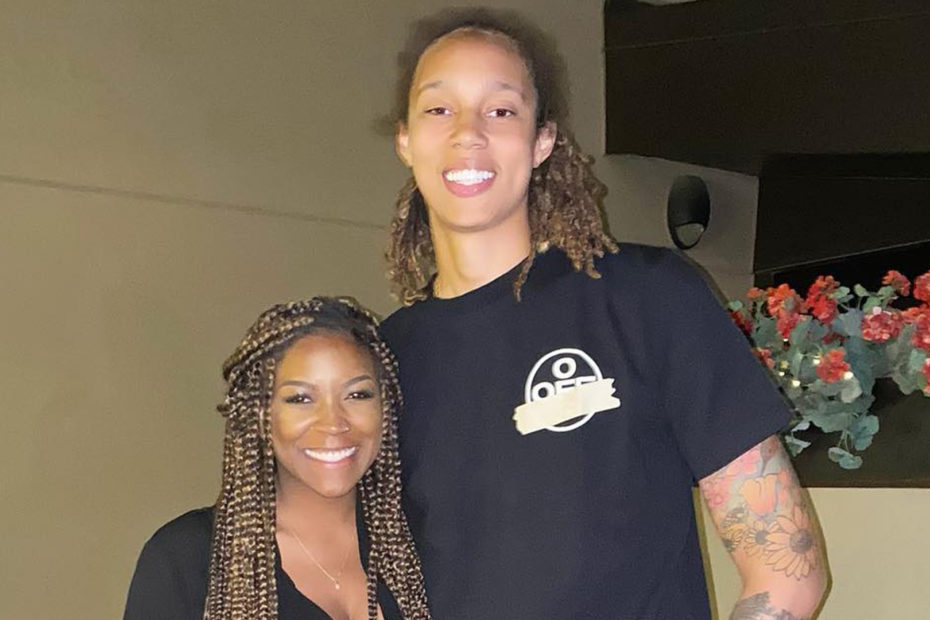 For the first time since Brittney Griner returned from Russia, her wife Cherelle, who has been married to the WNBA star since 2019, took to Instagram to spread the positivity.

Last Thursday, President Joe Biden announced that the 32-year-old was exchanged in a prison swap with Russia. Despite pleading guilty to drug possession and earning a nine-year sentence in Russia, the basketball star was exchanged for Russian arms dealer Viktor Bout by the Biden administration.

“Moments ago, standing together with her wife Cherelle in the Oval Office, I spoke with Brittney Griner. She’s safe, she’s on a plane, she’s on her way home after months of being unjustly detained in Russia, held under intolerable circumstances,” the President said in a press conference. Since this announcement, the press has patiently been awaiting updates on her return.

“Brittney will soon be back in the arms of her loved ones, and she should’ve been there all along,” he added. “This is a day we’ve worked toward for a long time. We never stopped pushing for her release. It took painstaking and intense negotiations, and I wanna thank all the hardworking public servants across my administration who worked tirelessly to secure her release.”

And, excitingly, Griner’s wife Cherelle took to Instagram this week to discuss the rollercoaster of emotions her family has been experiencing. “Yesterday my heart was made whole thanks to the collective efforts of MANY! I’m humbled by their hearts. To care for another, a stranger to some, a friend to some— is humanity in its purest form,” she wrote in the caption of the post.

Cherelle proceeded to add the sentiments, “As BG and I start our journey to heal our minds, bodies, and spirits— I wanted to personally say thank you to some of the hands; seen and unseen, that helped make it possible for me to see my wife again.”

As Griner’s wife continued, she thanked the government officials that worked diligently to negotiate a plan to bring the WNBA star home. In a similar fashion, she expressed the same emotions during last Thursday’s press conference.

“So over the last nine months, you all have been so privy to one of the darkest moments of my life, and so today I am just standing here overwhelmed with emotions, but the most important emotion I have right now is just sincere gratitude for President Biden and his entire administration,” Cherelle stated during Griner’s return announcement.

“Thank you everybody for your support, and today’s just a happy day for me and my family, so I’m gonna smile right now,” she continued. “Thank you.”