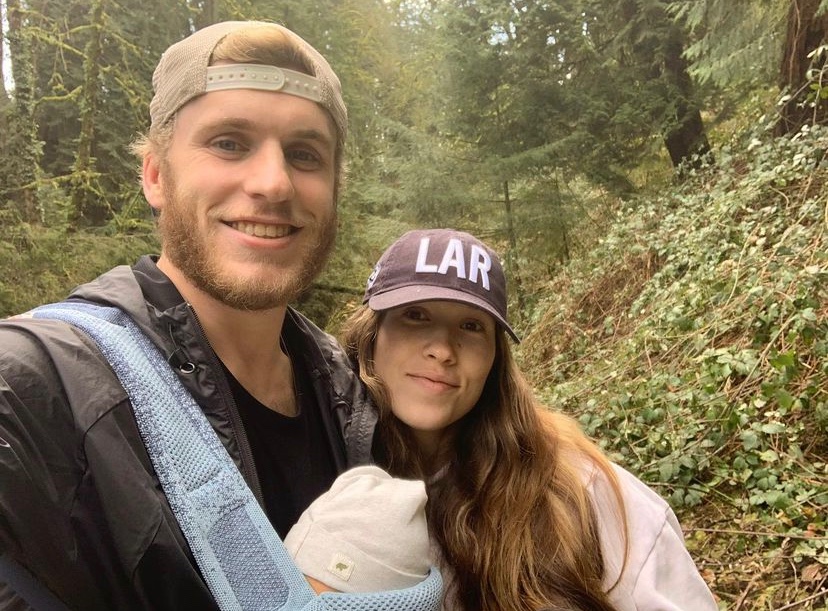 LA Rams No. 1 Receiver Cooper Kupp Says He Wouldn’t Be in the NFL Without His Wife

During the 2021 NFL season, Los Angeles Rams receiver Cooper Kupp earned a position in the All-Pro selection and was even named to his first Pro Bowl. How did he achieve these accomplishments? He cites his wife Anna as the source of inspiration.

As a student at Eastern Washington University, Kupp spent his days as a full-time student, with football as an equally demanding job during the NCAAF season. Due to his dedication to the game, his wife admitted that her food industry job supported both of them through their college education.

“I supported us monetarily through college,” she said, according to ESPN. “I was working full time so that he didn’t have to worry about that so that he could focus.”

Since childhood, Kupp knew that his dream was a position in professional football. For him, college was the chance to make these dreams a reality. However, he acknowledged that had his wife not given him economic stability, he wouldn’t be where he is today.

“Without a doubt, there’s no doubt in my mind, not only would I not be here where I am today without her or accomplishing the things that I would be doing,” the 28-year-old explained. Kupp even relayed, “I really believe I may not be in this — I may not be in the NFL if it wasn’t for her and what she has inspired in me and pushed me to do.”

The athlete has proved himself to be an essential asset for the Rams offense, as he is responsible for 893 receiving yards and 24 touchdowns over the past four seasons. As a once third-round pick of the draft, he has turned into an unsuspecting NFL star this last season.

According to sports journalist Lindsey Tirey, in the 2021 season, “Kupp became the fourth player in NFL history to earn the triple crown as the league leader in receptions (145), receiving yards (1,947), and receiving touchdowns (16).”

Over the last NFL season, Kupp has been characterized as an underdog and unsuspecting powerhouse. Jay Dumas, the athlete’s former coach at Eastern Washington University, believes that this is underdog mentality can be attributed to Kupp’s intelligence.

“There’s a weird undertone,” Dumas reported when speaking with Sports Illustrated. “When we put so much emphasis on how smart he is, we miss his athletic gifts. He’s not Steve Largent. He’s not deceptively fast; he’s fast.”

The player, who is now seen as an important tool for the playoffs, is also recognized as a special player by the Los Angeles Rams head coach Sean McVay. “He’s been such a special player, not only this year, but really since we drafted him five years ago,” the NFL coach said. “Love Cooper Kupp.”