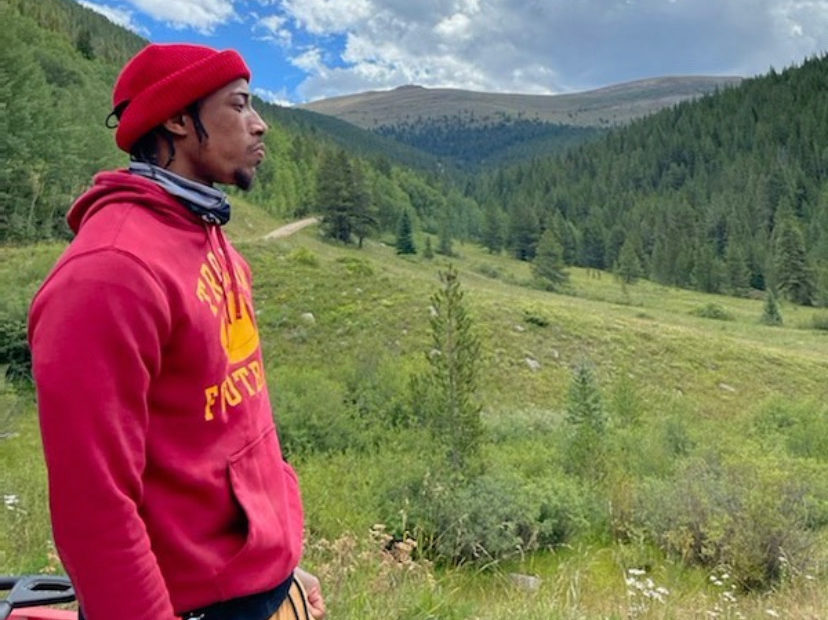 The 32-year-old was preparing to take a shot on the court, but so were his daughters. From the sideline, alongside their mom and youngest sister, DeRozan’s eldest daughters were mirroring his actions. Raising their hands in the hair as if they themselves were about to shoot a game-winning shot, it became clear how important DeMar is to his family.

Perhaps it was the support of his cheerful family that helped aid the athlete in emerging victorious from the game. Scoring an astonishing 29 points, more than anyone else that game, DeRozan helped lead his team to a 102-98 victory over the Orlando Magic.

Despite his clear demonstration of talent on the court, the player himself is always looking for ways to improve his skills. Reflecting during a post-game interview, he relayed to the audience that the team cannot be satisfied with anything.

“We can’t be satisfied with anything,” he commented. “We work extremely hard, and can’t take anything for granted. Yeah, we’ve won some games and we’re on a winning streak, but we’re not satisfied with none of that.”

DeRozan also expressed that lately, he hasn’t been performing well. “I usually go back at night, get my rhythm, make a couple hundred free throws in between games. But with the back-to-backs the last two weeks, I haven’t been able to keep up with my rhythm,” he explained.

He also noted that even on a winning night, he doesn’t feel any different. “It showed tonight. It don’t even look right. There’s no way I was going to go home feeling comfortable with shooting that.”

However, Chicago Bills coach Billy Donovan shared that he was happy to see his team putting in all the effort they could muster. “Our guys gave everything they had,” Donovan said.

He went on to share that their performance could have some improvements, but overall, he was happy to see his team take home the win. He offered the sentiments, “I don’t think we shot the ball particularly well. If you don’t defend and shoot it the way we did, we would not have had a chance to win. We’ve got to have the mentality of, if the ball’s not in the basket, we can still defend.”