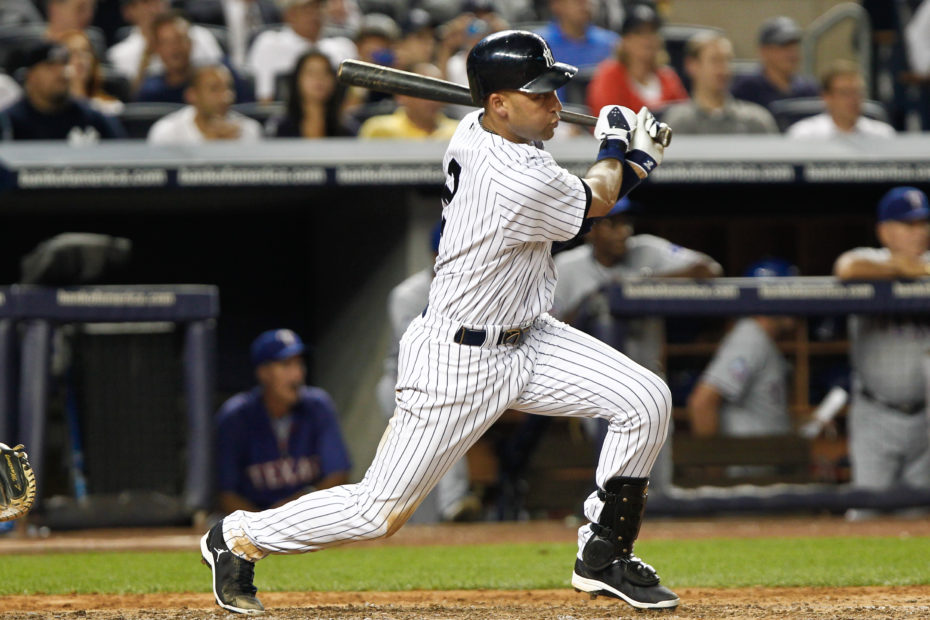 Former New York Yankee, Derek Jeter, was just welcomed into the National Baseball Hall of Fame and was supported alongside his wife, Hannah Jeter, and their two children. The family notably tries their best to stay out of the public eye, so it’s safe to say that the occasion was significant.

Forty-seven-year-old Jeter spent his 20 years in the MLB strictly with the New York Yankees and after his hard work and dedication, his iconic No.2 jersey will be retired into the Hall of Fame.

His two daughters, Bella and Story, wore matching blue dresses as they happily watched their father earn this important space in baseball history. Jeter’s wife, Hannah, who works as a SportsIllustrates swimwear model, was also there. The family is notorious for privacy, so to see the entire family there was an incredibly rare occasion. In fact, this was the first time his daughters have made a public appearance.

In 2019, Hannah explained to the Editorialist magazine that partaking in social media has “never felt natural” and she wishes to keep her privacy intact. “I know it’s necessary in my industry, and I absolutely have to when it’s part of a contract, but a lot of people post their children and husbands, and for me, that will never be the case,” she offered.

RELATED: Sloane Stephens Opens Up About Shocking Online Hate Following 2021 US Open: ‘It’s So Hard to Read Messages Like These’

Derek and Hannah Jeter wish to protect their children from the spotlight.

The couple individually knows that the nature of their careers require indulging in the spotlight. According to Hannah, this is an acceptable part of the job. However, she has a problem sharing her children with the world because she and her husband believe their privacy is essential.

She stated, “Both my husband and I have been in a place in our careers where we have to share so much. And we can handle it, but when you love something so much, you want to protect it more than anything in the world. And for me, that’s my relationship, that’s my kids.”

Hannah even admitted that during pregnancy, she felt the need to essentially go into hiding, particularly because of her weight gain. With the world watching during such a vulnerable time, there are struggles that emerge, particularly struggles that a person wishes to mask.

“I always thought, ‘You know, I’m going to have kids and go right back to work and pop back into shape,’ and it’s not that easy,” she explained her pregnancy thoughts in relation to weight gain.