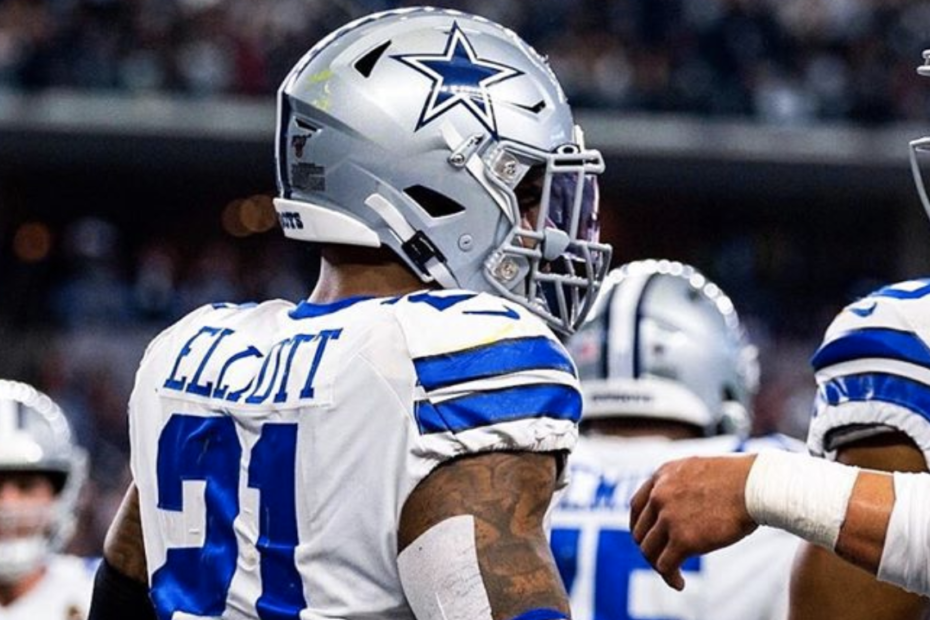 NFL Superstar, Ezekiel Elliott, Concerned With NFL Plans to Open Up After Testing Positive for the Coronavirus

NFL Superstar, Ezekiel Elliott, Concerned With NFL Plans to Open Up After Testing Positive for the Coronavirus

Wednesday, Ezekiel Elliott announced that he felt “normal” on a twitch stream.

10 days earlier, Elliott had been diagnosed with COVID-19. Elliott said that he experienced “shortness of breath” and a “cough,” while he dealt with the virus.

Elliott could have been tested this week which, assuming his results came back negative, would have cleared him to work out. However, he decided to wait an additional week to be tested, saying, “It won’t hurt … to give myself more time.”

Ezekiel Elliott was selected with the 4th pick in the 2016 draft by the Dallas Cowboys. In his first 4 years in the NFL, Elliott has made the Pro Bowl 3 times and has signed a 6-year extension with the Cowboys worth $90 million, establishing himself as one of the top running backs in the league.

Elliott is skeptical of the safety measures the NFL plans to integrate saying, “I just feel like there’s a lot of moving parts that have to be figured out. I just don’t know how they can keep the players [healthy]. You gotta put the health of the players first.”

RELATED: HaHa Clinton-Dix Shares Hilarious Video of the Moment He Was Scootering Passed a Car and Ran Into an ACTUAL Bear

Despite his weariness of the season starting up amid the Coronavirus, Ezekiel Elliott wants to play: “I hope we play, I wanna let you guys know: I do hope that we have a season. But it has to be right. It has to — we gotta put the health of the players and the coaches and the support staff first. I think that’s important.”