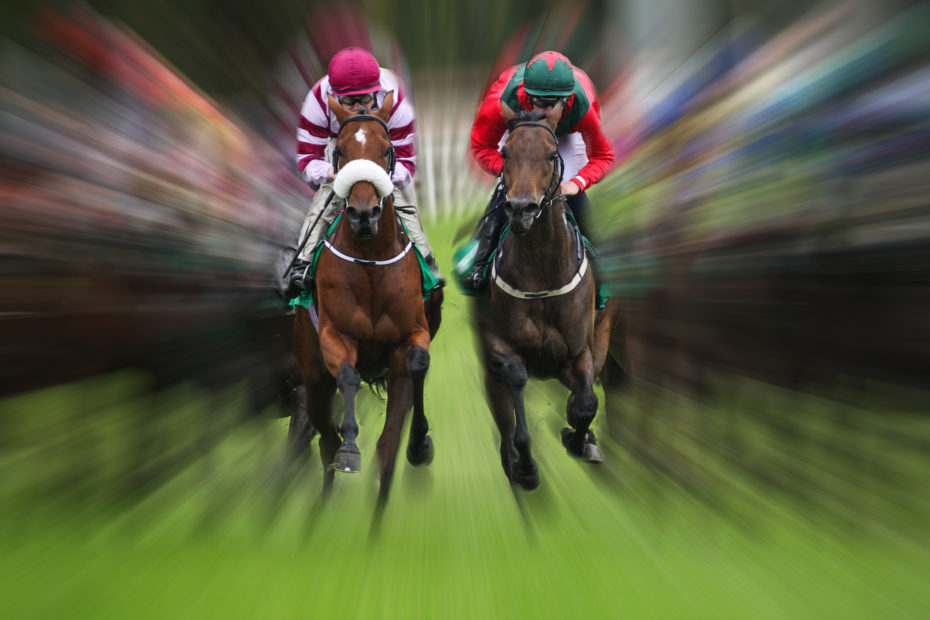 You may have your favorite racehorse, but is he or she the best racehorse? There may be a favorite horse going into a race that you’re pulling for to win. You may root for the underdog. There may even be a certain favorite from a certain Disney movie (shout out to Seabiscuit).

All of these are great reasons to support and cheer for your favorite horse to finish first as you wear a huge hat or get all fancied up to watch a race like the Kentucky Derby, even if it’s from the comfort of your own home.

The point here is that whoever your favorite racehorse is, of course, subjective, and so is the case when trying to consider who the best racing horses of all time are. Debates could be made on whether the Triple Crown winners are all among the best or the horses who’ve won in other events or the horses who have been the fastest.

For this list, we’re just looking solely at the latter: speed. Specifically, we’re looking at Equibase’s compilation of the fastest and best racehorses this year so far.

Equibase has something they call the Equibase Speed Figure, which they state “tells you how fast a horse has been running in its past races with a single number. Its sophisticated algorithms are based on the horse’s actual time in combination with other factors, such as the condition of the track. A horse running in stakes company might earn a 110, while a horse running in a claiming race might earn an 80. The Equibase Speed Figure has been equalized for different tracks, distances and conditions, therefore a 100 at Laurel Race Course is the same as a 100 at Philadelphia Park.”

Some of your favorites may or may not be on the list. But sit back, relax, and enjoy as you see which horses made this list (some of which may surprise you or you may learn something new).

But first, here’s two honorable mentions just because they’ve been so successful this year, whether they hit top speed or not. Because as you’ll see, even with the speed, that doesn’t necessarily shoo you in to an automatic race win (but it certainly helps a lot obviously).

Knicks Go has a first place finish in three starts this year so far. But the horse also didn’t place in the top three in the other two races, which coincides with the New York Knicks as they finished strong to make the NBA playoffs but then eventually would get ousted by the Atlanta Hawks. But, also similar to the Knicks, Knicks Go is on the up-and-up and almost won his last race as America’s Best Racing stated: “Knicks Go was the odds-on favorite in his return to the races in the Grade 1 Hill ‘n’ Dale Metropolitan Handicap at Belmont Park on June 5. After setting the pace, he faded in the stretch and finished fourth”.

And similarly, when you win the Belmont Stakes (per NPR’s James Doubek), you have to be on a list like this somehow

Now, ladies and gentlemen, here are:

Note: In parenthesis is the Equibase Speed score and it shows the horse’s best speed score from one of its races in 2021.

It’s time to take flight. Well, in this case, take the race course as we find out who some of the fastest horses have been this year, starting with Flightline. And as we start off with this horse, it’s fitting, because Flightline got off to a good start as his first and only recorded race on Equibase shows he finished with the 116 Equibase Speed score at Santa Anita in April during the Maiden Special Weight race, finishing first.

This horse is fast. Since a September 2020 race, Firenze Fire hasn’t had an Equibase Speed score lower than 100. So far this year, the horse has two starts and two wins.

The horse just might make this list…and in fact, Just Might does, as one of the fastest horses this year. Just Might clocked in the 116 Equibase Speed score at Fair Grounds during the Colonel Power Stakes.

When you’re fast, you tend to finish well when you’re in a sport involving racing. Popular Kid is no different as the horse has finished in the top 3 five times so far having started seven times.

There’s been a lot of 116 scores so far, so you might as well cue the 116 Clique album while reading the rest of who also clocked in with this fast score. Red Knight is one of the horses who had a 116 as it got that score at Churchill Downs during the Louisville States (Grade 3).

For this horse, you could say it’s game, set, match. When you win three times and add a second-place finish in five starts, you’re set up for success, building that experience to get more and more race wins with the type of speed that comes with this Set Piece.

These horses seemingly have a need for speed, including Tribhuvan, who’s got four Equibase Speed Figure scores of more-than-100 since last year.

In the sole race Cezanne’s raced in this year, it was at Santa Anita during the Kona Gold Stakes (Grade 3). And it was there where Cezanne got one of the highest Equibase Speed scores so far this year.

If you’ve seen any of the Rocky movies, you’ll know what I’m about to say here. Apollo Creed would be proud. So would his son who also took up boxing as portrayed in the recent “Creed” films. Casa Creed clocked in as one of the fastest horses this year so far per this Equibase score with 116 at Gulfstream Park’s Tropical Turf Stakes (Grade 3).

Bombard’s raced twice this year and both times finished in the top three. Bombard’s got a first-place and second-place finish, along with that recorded 116 Equibase speed score at Santa Anita in April per Equibase.

This number, 117, really must be a popular number this year in horse racing because, ladies and gentlemen, we have a tie. No photo finish is needed just this list showing who’s all tied at this Equibases Speed Figure score of 117 this year. Starting off this tie, just say the word. Literally. It’s Say The Word! The horse won the “Sovereign Award 2020 Champion Turf Male” per Equibase.

Well, the way this horse has been racing this year, it certainly seems that way, doesn’t it? Riding a comet of speed (in the form of a horse going really fast on a race track in 2021), Ride A Comet got the score at Gulfstream Park during the Tropical Surf Stakes (Grade 3).

Two wins in three starts, this horse is off to the races having a good start to the year so far.

Three wins in four races this year is what you call a good season so far. This horse clocked in at this 117 score in Santa Anita during the Allowance race for one of those wins.

If you’re a Star Wars fan, you’re totally geeking out over this name and for good reason. The Jedi’s were the good guys in the classic Star Wars film franchise and Eye of a Jedi has its eyes on the prize, picking up a first and second place win so far this year. Luke Skywalker would be proud.

In one start, Arklow’s got one win. This Kentucky horse won the Louisville Stakes (Grade 3) race at Churchill Downs and in November of last year had a Equibase Speed score of 120 during a Grade 1 race.

This horse has four race wins and one second place finish in six starts so far this year and is tied for fifth with a Equibase Speed score of 118.

It’s all in a name, right? Baron Davis on an NBA basketball court sped around defenders and a horse with the same name, Baron Samedi, is running past horses into the top five of this list as one of the fastest horses this year.

If this was a wild horse, have fun trying to keep up with ‘Wildman Jack’! With a wild score of 120 in the Equibase speed figure, this horse is fast and has one race win in two starts so far this year.

Does speed equate to wins? In this case, it does. This horse has three wins and a second-place finish in five starts so far this year.

At a 126 Equibase speed score, as you can see that’s four more than the second-place horse on this list. It is admirable how fast Admirable Abe can run! And it’s helped the horse get four race wins and a second-place finish in seven starts this year so far. Keep on runnin’, Admirable Abe. Because that speed helps get those race wins.

Now when you’re talking best racehorses of all time, you have to include some of those who went undefeated, of course along with Secretariat, Man O’ War, Frankel, and Seabiscuit (per The Top Ten’s horsegirl), among many more prestigious successful horses.

To go undefeated in any sport is impressive, a feat that should be recognized when you’re putting in that work to be succesful. Of course, we can all learn from the losses, even in life, and I’m sure these horses and their trainers and jockeys experienced their own sets of trials in life. But, when it came to the race track, they were undefeated.

According to the World Heritage Encyclopedia per Project Gutenberg Self-Publishing Press, Kincesm from Hungary was undefeated and won 54 times. Fifty-four and oh (54-0)! That’s more than three full NFL regular seasons and almost a full NBA schedule. That’s a lot of wins with no losses on the record. Black Caviar from Australia is second all-time on this undefeated racehorse list with 25 wins and no losses.