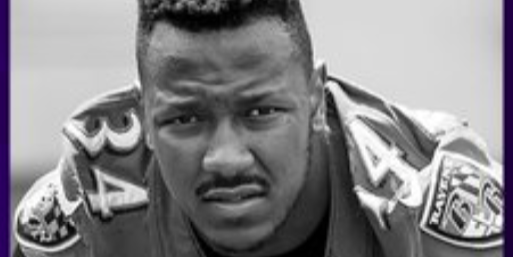 A Virginia Sheriff’s Office Shares Tragic News That Former Baltimore Ravens Running Back Lorenzo Taliaferro, 28, Passed Away: ‘He Was Loved By His Teammates’

A Virginia Sheriff’s Office Shares Tragic News That Former Baltimore Ravens Running Back Lorenzo Taliaferro, 28, Passed Away: ‘He Was Loved By His Teammates’

On December 16, early in the morning, the York-Poquoson Sheriff’s Office in Virginia was dispatched for a call of someone needing medical attention according to a press release.

The sheriff’s office stated “medics also arrived and transported the patient to a local hospital where he later passed away. Lorenzo Taliaferro was 28 years old. We cannot release any medial information. Our sincere condolences, thoughts and prayers go out to his family and friends.”

The tragic news struck many as prayers and condolences went out to Taliaferro’s family, along with a moment of silence:

“We are deeply saddened to learn of the passing of Lorenzo Taliaferro,” Ravens head coach John Harbuagh said. “Lorenzo was a kind, smart, respectful and determined young man – someone always committed to his teammates and well-liked by everyone in our organization. We extend our heartfelt condolences to Lorenzo’s family. May her Rest In Peace.”

“My deepest condolences to his family,” Chris Horton, Ravens special teams coordinator, said. “This is obviously tragic news. It’s sad. So much life ahead of him. The one thing I remember the most is, here’s a guy that came in, his physical, physique-body-type. When I moved in to special teams, it’s kind of how he found his role. And the one thing about this guy is, he was loved by his teammates because of how he went out and worked, how he handled his business. He was great, he was kind, he always had a smile on his face, when he came to work, he was going to work. It’s just unfortunate when you come in and with everything that going on in the world, you hear that a teammate, a guy you coach, has passed away. It’s sad. It’s tragic.

Here’s a story that shows just the type of man Taliaferro was off-the-field, helping others out selflessly:

As you read in those emails that a Coastal Carolina alumnus sent to the Ravens in 2014, Taliaferro played college football at Coastal Carolina. What an incredible story of a man who wasn’t about to miss the event at the university. And with those flight issues that would’ve delayed him from being at the event, choosing instead to rent a van and drive through the night to make it.

On top of that, with Coastal Carolina parents who were also at the airport to try and make it for parents’ weekend, asking if they needed a ride. Then, driving them to the college so they could also be there to be with their kids. That’s what I call commitment, dedication, character, fortitude, and a man of integrity. Shout out to Taliaferro. I’m sure his family was so proud of him.

Here’s some more insight into who Taliaferro was as a player and person, with a Myrtle Beach local news station’s tribute of Lorenzo:

May God be with Taliaferro’s family, friends, and loved ones through this utmost difficult, trying time.