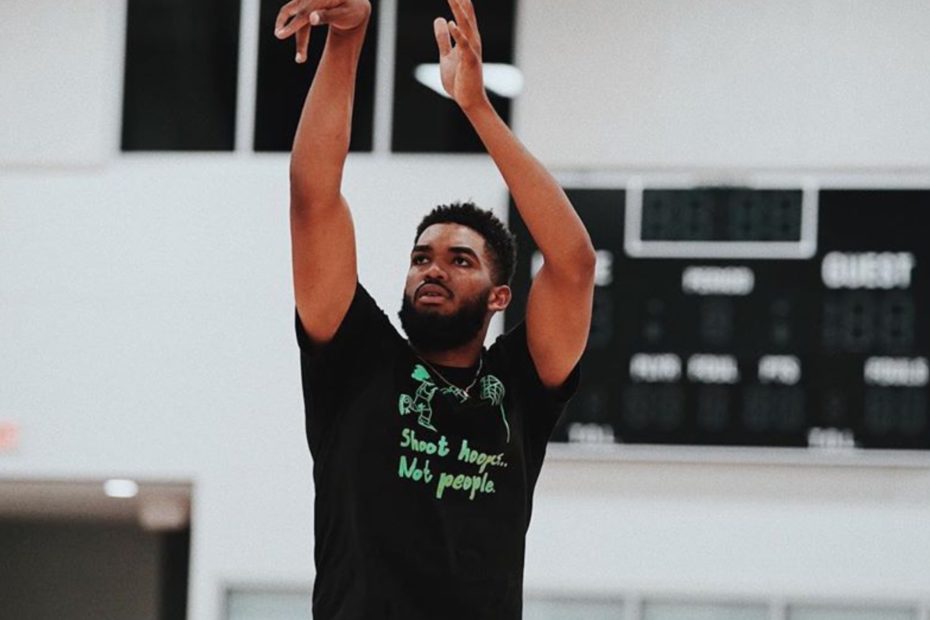 ‘The Toughest Year Of My Life’: Karl-Anthony Towns Reflects On 2020, Losing Mom to COVID-19

‘The Toughest Year Of My Life’: Karl-Anthony Towns Reflects On 2020, Losing Mom to COVID-19

In what has been such a tragic and difficult year for many in the midst of a pandemic, Minnesota Timberwolves center Karl-Anthony Towns is opening up about how the year that brought tremendous tragedy in his life. As At The Buzzer previously reported, on April 13, 2020, it was reported that Towns’ mother, Jacqueline, died from complications of COVID-19.

On Monday, Towns released a video on his YouTube page titled, “THE TOUGHEST YEAR OF MY LIFE.” In the video, Towns opened up about losing his beloved mother to the novel coronavirus.

RELATED: Karl-Anthony Towns’ Mother Passes Away After Battle With COVID-19

Towns recapped what this past year was like for him and his family. In particular, the whole process of his mother falling ill, being admitted into the hospital, and then losing her.

The young basketball player talked about how his mother had been in a coma. And the talks that were had about steps that could be taken if she were to come out of the coma, as well as the excitement that came with the thought of her recovery.

He then opened up about the tragic turn of events no one saw coming after those optimistic conversations. Towns talked about how his dad called him to let him know, “She’s gone, she had a stroke during the night and she’s gone.”

“I wasn’t going to have my mom go through all that and not give her a last chance, God works in miraculous ways. Now it got to a point where it was just harming her. I gave her all the time and I made the hardest decision you could make. Called my sister, told her what the decision I made was, and you got to live with that. I made that decision. For my dad.”

Amidst such tragedy, Towns says he has been trying to focus on being there for his family as he deals with this devastating loss. Yet, he understands that “one day he is going to have to find a way to deal with it, actually. And that’s why I wanted to do this. I thought this would be therapeutic for me to admit that these things are real and how I feel is real.”

“Life is a game and I’m just playing one chess piece at a time,” Towns said. KAT took to Instagram earlier this year to announce his mother’s diagnosis and encourage people to take it seriously.

“This disease needs to not be taken lightly, please protect your family, your loved ones, your friends, yourself,” Karl-Anthony Towns said. And that message remains the same.