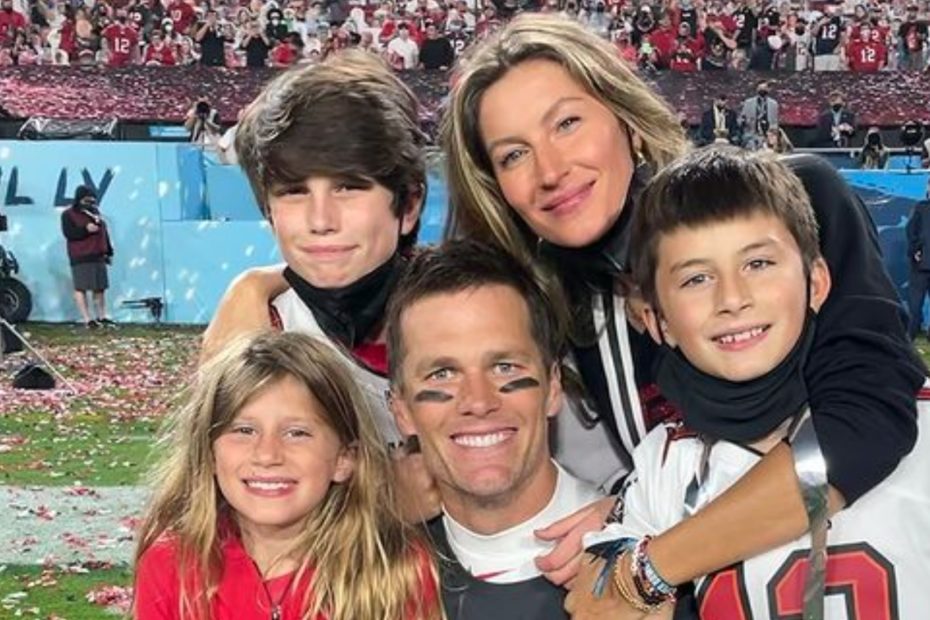 Gisele Bündchen Is ‘So Proud’ Of Her Husband, Tom Brady: ‘Congratulations My Love!

Gisele Bündchen Is ‘So Proud’ Of Her Husband, Tom Brady: ‘Congratulations My Love!

Tom Brady won yet another Super Bowl, chalking up seen Super Bowl victories to his resume.

Brady broke his own record of having the most Super Bowl wins of any NFL player per Sporting News.

And while so many celebrated the Bucs win, along with Brady winning the big game again with a team-not-named-the-Patriots, there was a special celebration on the field that would mean something more to the quarterback.

Celebrating the Super Bowl win with his family is a moment to remember, knowing your family is your biggest fans. Including Brady’s wife, Gisele Bündchen.

Bündchen was so excited and congratulatory for Tom’s new team.

“Congratulations Bucs for an incredible team win (Sunday) night!!!” Bündchen said in an Instagram post. “A lot of people didn’t believe you could do it, but you all showed that with time, dedication, trust in one another and with teamwork anything is possible.”

Gisele then had a special congratulations for her husband. If anyone knows how much he’s been through over the years, especially this year, it’d be his wife who would know him intimately.

Gisele: “You are the most dedicated, focused and mentally tough person I have ever (met)”

“Congratulations my love!” Gisele said. “Over the years I have seen you overcome so much adversity, physically and emotionally. I can for sure say you are the most dedicated, focused and mentally tough person I have ever (met). It has been a challenging year and watching you in a new environment, putting in the extra time to get to know and support your teammates, working with your new coaches with respect and grace, waking up extra early every day to deal with the bumps and bruises of playing football, never complaining, you just kept focusing on your goal to go out there and be the best leader you can be.”

Gisele went on to say how proud she is of the quarterback.

“I am so proud of the man you are and I am so happy to see the smile on your face every time you get to go out there and throw that ball,” Gisele said. “Now, we are so happy that we get to have you home for a little while (well, at least until next season 😉) You have earned all your success!”

For all the haters out there, take note. Success isn’t given, it’s earned! Brady had to go through it before coming out a champ. Again.

“You are my rock, and you have supported my dreams since the day we met,” Tom Brady commented on his wife’s post. “I love you and am so grateful for all that you do for our family to make it work❤️❤️❤️❤️❤️”