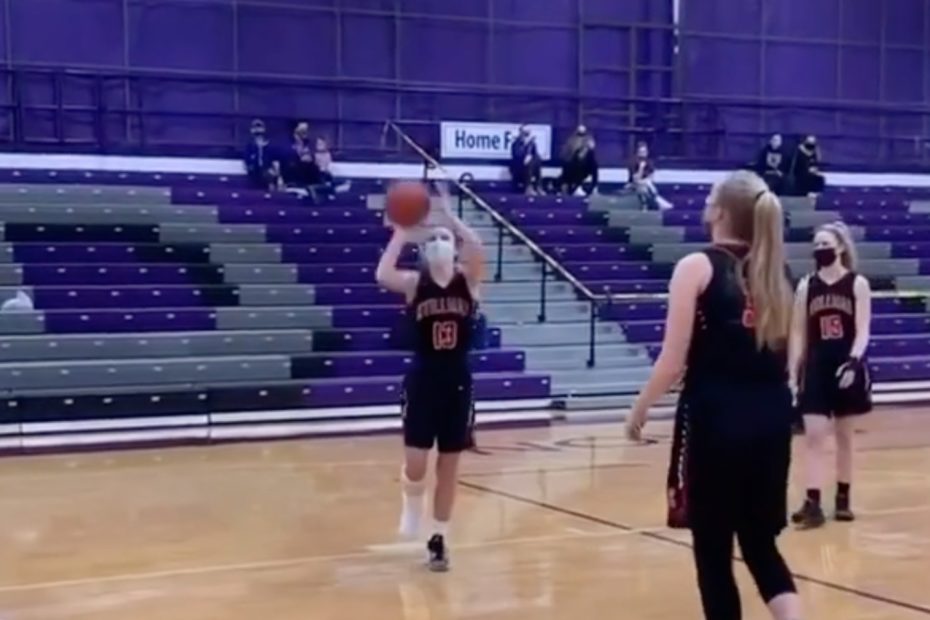 Watch This: Opposing High School Team Helps Player Hopping On One Foot With Injured Ankle Get Her 1,000th Point!

What I love about sports is that it brings people together, even on the most gloomy of days. No matter what background, ethnicity, race, political side, sports can really bring everyone to the table. It can unite, uplift, inspire, motivate, the list goes on.

Many times, sports is more than just a game, more than just what happens on a court or field. It’s those moments surrounding the game or within the game that sparks dialogue, a sense of community, and even inspiration to be kind to people daily.

That’s what happened recently in a high school basketball game.

ESPNW recently shared a video on one of its posts that was posted on TikTok by @georgiaballardd: “This is amazing ♥️🥺,” ESPNW’s caption on the video stated.

“My heart is full”

“Tonight was me scoring my 1,000th point,” the student-athlete said in the video. “In Illinois, our basketball season was only one month long. I got injured the first practice and just had surgery…to repair my ankle. Huge thank you to Dixon girls basketball and my teammates for allowing me to reach this milestone. My heart is full.”

The other team helped her get her 1,000th point! On one foot!

Talk about being selfless, looking out for one another in the midst of competition.

Hey everyone, here’s a moment to use as an example to help out one another. Hey politicians, here’s an example to look at in at least getting along and respecting one another in the midst of disagreement for the betterment of society. There’s a way to find a common ground even in debates. The common cause here? Helping a fellow student-athlete reach an accomplishment she’ll always remember. In the midst of turmoil in her life, her day was made, and who knows how much this could impact her for years to follow.

So, pass the rock, score your 1,000th point today, in whatever capacity that may be. Go get your goals, go get your dreams. Or, be that somebody that helps someone encourage someone else to accomplish theirs.