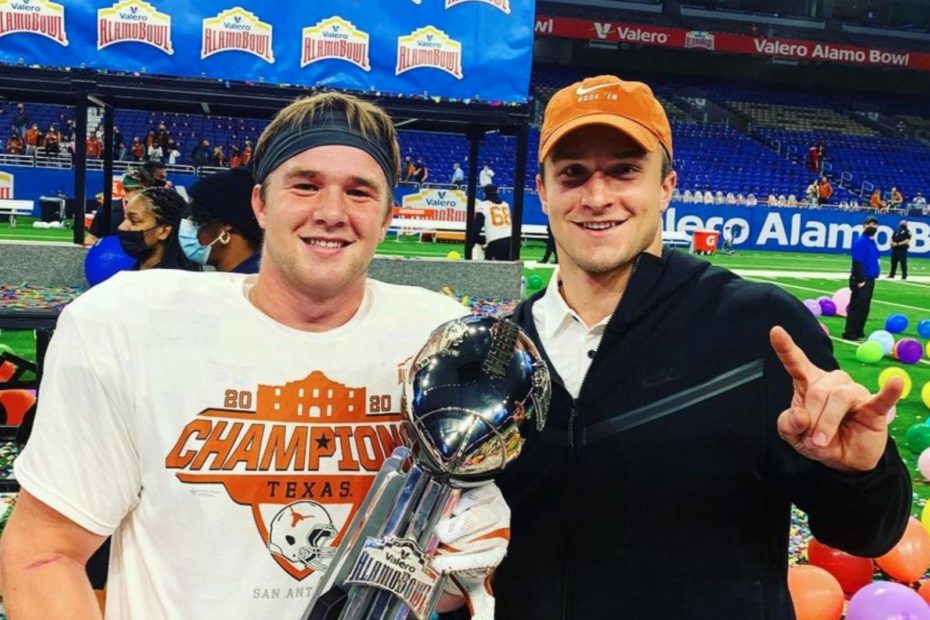 The University of Texas community and college football nation is in shock.

So many people are mourning, grieving, and praying for the Ehlinger family after hearing such tragic news.

RELATED: DeAndre’ Bembry Opens Up About Losing His Brother Weeks Before Being Drafted and How He’s Carrying on His Legacy

Hookem.com’s Brian Davis reported that Jake Ehlinger, a linebacker for the University of Texas and the younger brother of former Longhorns quarterback Sam Ehlinger was discovered dead. According to Austin police officials, they would not say what they believe to be Jake’s cause of death, “but did say his death is not considered suspicious.”

“Heartbreaking,” Texas Sports Life tweeted. “Man I don’t care what team you root for I encourage you all to lift up a prayer for the Ehlinger family today. This is way bigger than football. If you know that family’s story, the news is especially devastating…Rest In Peace Jake Ehlinger.”

“My deepest condolences to Ehlinger’s family, and to his teammates,” Aaron Williams tweeted. “Hate to hear about a tragedy like this, especially a young ones life that was just getting started. Throw’n my Horns up at you Jake #RipJake#LonghornFamily“.

According to NBC Sports Pro Football Talk’s Michael David Smith, the young football star was described as “an excellent student.” He even considered playing Ivy League football but ultimately decided to walk on at Texas to join his brother instead.

Both Jake and Sam choose to play at Texas because their late father Ross Ehlinger was a Texas alum, according to PFT. Ross passed away after suffered a heart attack while competing in a triathlon in 2013. “The Ehlinger boys said playing together at Texas was a way to honor their father’s memory.”

Now, as brother Sam mourns, grieves, and celebrates the life of his brother during an unthinkable time, I’m certain he will be honoring now two men close to him as he lives his life on and off the field. This time not in burnt orange but in Indianapolis Colts blue and white.

This was the call from the Colts just a week ago to Sam with his family, including his brother, by his side:

Now, after hearing about his brother, football is probably the last thing on Sam’s mind. Moving forward, it’s about honoring his brother and his dad’s legacy. On and off a football field. Every day.