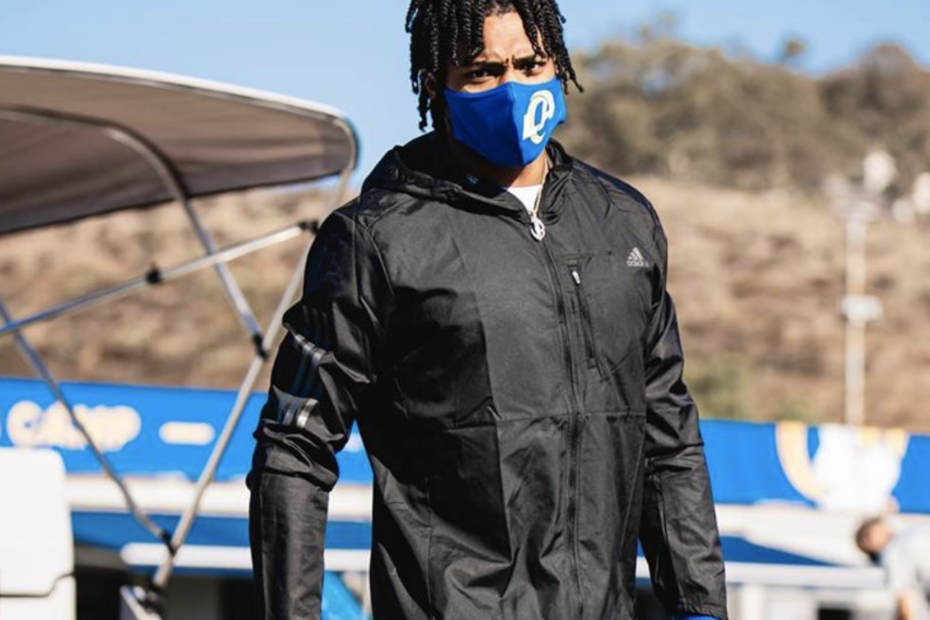 After being taken 5th overall in the 2016 draft, most people expect cornerback, Jalen Ramsey, to sign a record-breaking extension soon with the Los Angeles Rams who gave up two first-round picks and a 4th rounder to the Jacksonville Jaguars in exchange for Ramsey.

However, during the beginning of a videoconference Tuesday, Ramsey explained that he doesn’t want to discuss any possible extension with the media.

After one reporter asked about his contract, Jalen Ramsey said, “I’m worried about what I can worry about. I’m controlling what I can control.”

When another reporter asked whether Ramsey wanted an extension before the season started, Ramsey responded, “My agent and the front office, they’ll handle all that.”

Then, Ramsey was asked once more about the extension pushing him to his breaking point: “I answered it: I said my agent and the front office, they gonna handle it. I’m worried about what I can worry about, I’m controlling what I can control…Either accept the answer or keep it pushing. I don’t want to be disrespectful, but that’s the answer.”

Jalen Ramsey then exited the room for over two minutes.

RELATED: Matthew Stafford’s Wife Issues Statement About How His False Positive COVID-19 Test Caused Their Family a Slew of Issues

When Ramsey finally returned, he launched into a passionate monologue: “I told y’all at the beginning of this, I said I’m controlling what I can control and when you asked me the question about my contract, I said I’m letting my agent, who is by far the best agent in the game, David Mulugheta, and the front office handle it. I can’t do anything about it. I’m not worried about it. I’m trying to do my job as a football player. I’m trying to be a leader on the team, I’m not gonna do every Zoom session or however we gonna do them this year, talking about my contract. Look, if it comes, it comes. It’s gonna be a surprise to me like it’s gonna be a surprise to y’all.”

With Ramsey’s talent and success at such a young age, the Rams are going to want to sign him to a long term contract.