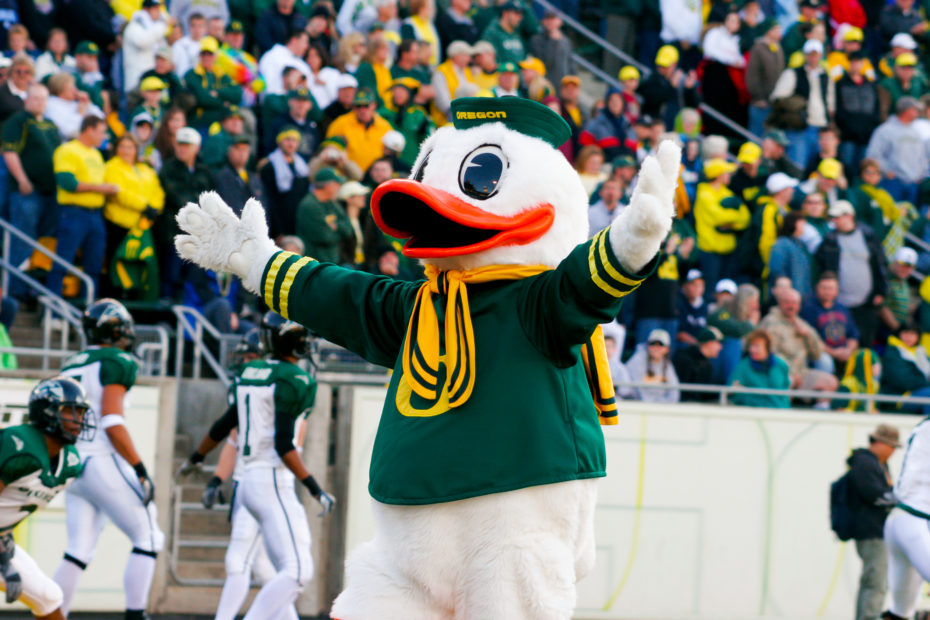 A student of Lincoln High School, a San Diego native, and a star football player, Jalil Tucker has just committed to the college of his dreams. However, when he was supposed to announce on live television the exciting news as to where he would be attending school for the next 4 years, his dad could not contain the excitement and spoiled the surprise.

In a typical announcement event style, Jalil’s family was asked how they feel about their loved one. “I’m happy for him. He’s a good kid. Lazy, but he’s a good kid,” the 4-star football recruit’s father claimed ecstatically. Had he just said these words, the surprise could have remained intact, but Mr. Tucker had more to add.

Stating the one thing you’re not supposed to state, he prematurely offered, “And I know he’s going to represent Oregon well.”

Immediately understanding that he had done something wrong, Jalil’s dad ran to hide behind another family member as the rest of the group let out a unanimous groaning noise. The Prep Pigskin Report representative broke out into uncontained laughter before Jalil Tucker confirmed himself, “For the next couple of years, I’ll be attending the University of Oregon.”

Only a senior in high school, Jalil Tucker has proved himself to be among the best young football players in the country. According to 247Sports, the future college athlete has been ranked No. 11 as a prospect of California. Additionally, he is an incredibly fast player, running a 10.78-100m in his freshman year. Certainly, this will not be the last time Jalil’s name is in the news

Speaking with 247Sports about his commitment to the University of Oregon, he explained, “I’ve always liked them a lot and I’m really excited to be a Duck. They have been my top school for a while now and I really like the all-around fit for me there…I knew Oregon was going to be the move for me so I just figured it made sense to commit and lock in my spot. I took a visit there in late July for the Saturday Night Live event and loved it there.”

He also went on to admire the UO family, explaining why he loves the campus. “The campus is incredible, I love the facilities and like I said before, the coaches are great. I like the NIL opportunities at Oregon as well and how they can set you up for life after football. After that visit, I knew I had found a home so now I can just focus on school and football and don’t have to worry about recruiting anymore,” Tucker said.