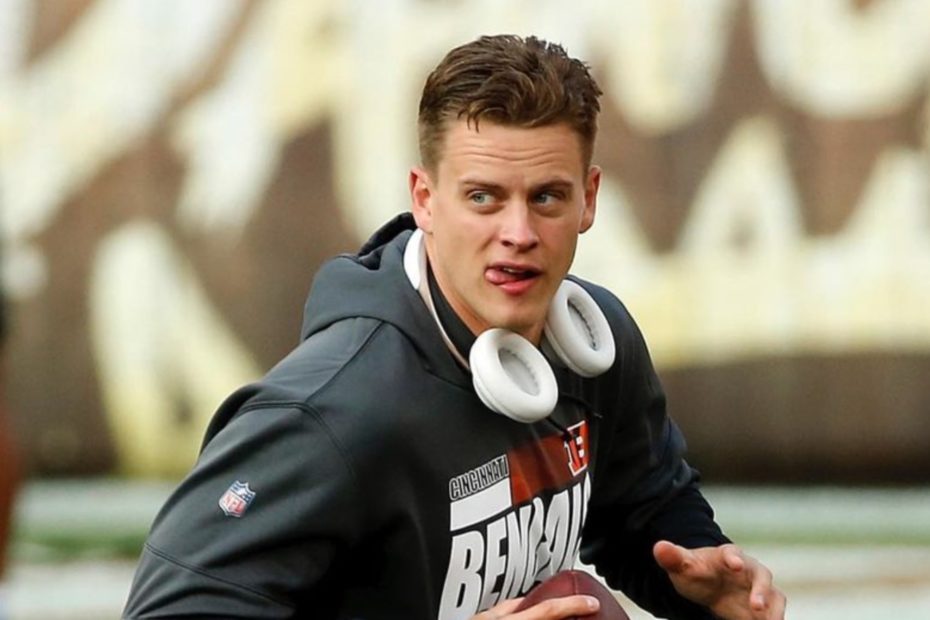 Joe Burrow Gives Update On Injury: ”I’m Expecting To Be There On The First Snap Of 2021′

The NFL’s first-overall draft pick of 2020 was, well you know by now, Joe Burrow.

CBS Sports’ Patrik Walker notes ” in what would’ve likely been a Rookie of the Year season…he suffered a devastating knee injury in Week 11 against the Washington Football Team — tearing both his ACL and MCL as well as damaging his PCL and meniscus — ending his season on the spot.”

Since then, for Burrow it’s been a road to recovery.

RELATED: Joe Burrow Appreciates All The Support After Season-Ending Injury: ‘Can’t Get Rid of Me That Easy’

The Bengals quarterback was recently a guest on Cris Collinsworth’s podcast where he talked about his injury.

“I’m very optimistic about where I’m at and also where the team is at,” Burrow told Collinsworth as transcribed by Bengals.com’s Geoff Hobson. “Rehab is going very, very well and lifting is going very, very well. I’m in great shape. Legs feel good, knee feels good. There’s still a long way to go, but I’m expecting to be there on the first snap of 2021.”

That last line is worth repeating.

“There’s still a long way to go, but I’m expecting to be there on the first snap of 2021” (Burrow said to Collinsworth as transcribed by Hobson).

Get ready then, Bengals fans, for your quarterback to be ready by the NFL season’s first snap for your first game.

“I’m expecting to play game one,” Burrow said to Collinsworth as transcribed by Hobson. “I expect to take part in practice. I’m feeling really good. I’m ahead of schedule.”

As USA Today Sports Bengals Wire’s Chris Roling pointed out earlier in the month that “the Bengals just offered up a hint of Burrow’s comeback journey” with a video they posted on March 31:

There we go. It seems like the Bengals quarterback really is ahead of schedule. Especially if that video showed Burrow potentially taking the field in March.

“I can’t roll out and throw yet,” Burrow said to Collinsworth as transcribed by Hobson, but “it’s feeling good right now.”

And hey, there was another recent Bengals quarterback sighting. Still on the Bengals Twitter. Not walking on the field. But if being ready for a photoshoot to promote your team’s new, fresh uniforms is any indication that you’re doing better, then well, that’s a good sign. Because Joe joined some of his teammates to be a part of exactly that, showing off the team’s new jerseys.

See if you can spot out who has a guest appearance on this video. (Hint: he was a former Bengals receiver).

If you guessed Chad Ochocinco, you’d be correct!

In the meantime, it all looks good for Burrow and the Bengals as the quarterback appears to be on the right track to be ready for game one of the team’s 2021 NFL season. And that it also looks like he’s keeping it all in perspective in this journey, not burrowing his head in the sand.

“If you die without any scars then you never did anything worth fighting for,” Burrow said in a recent Instagram post.