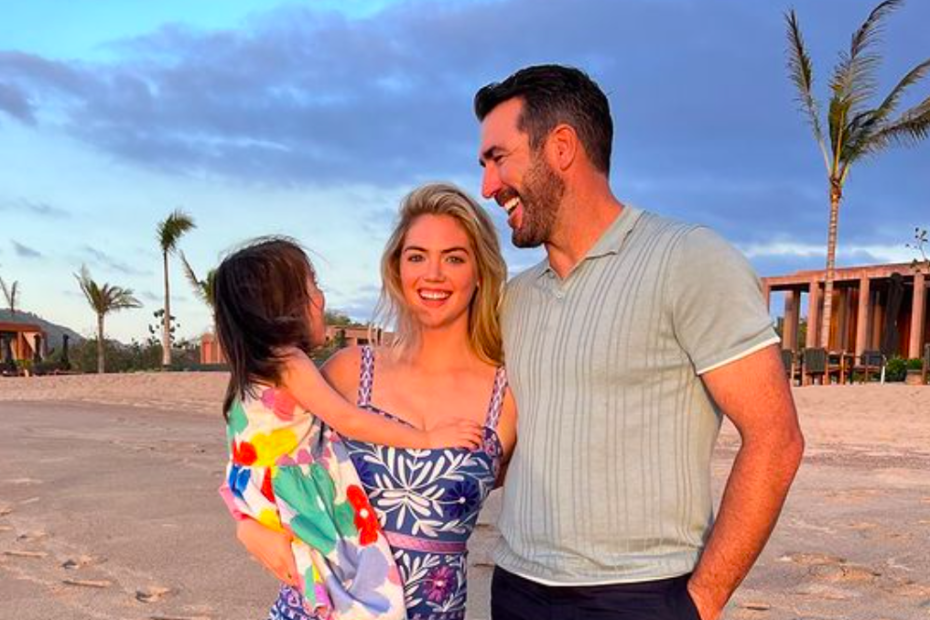 American model Kate Upton made sure to spread the love when her husband, Justin Verlander of the Houston Astros, participated in last week’s MLB All-Star Game.

“Can I just take a moment and brag about my husband?” Upton began on Instagram after her husband made an incredible appearance in the game. “Justin had TJ surgery and had to step away from playing for almost 2 years. He has put in so much work to be where he is today.”

In 2020, Verlander underwent surgery on his elbow, which placed him on the injury list for the majority of the season. In addition to the COVID-19 pandemic delaying the season, his experience with the league has been drastically altered. However, for the first time since 2019, he was selected this year to pitch in an All-Star game.

Tommy John surgery was performed on the pitcher in September of 2020 to repair his ulnar collateral ligament. After surgery, he remained dedicated to recovery so that he could make his way back to the mound. And, by the time the All-Star game came around, he was breaking records after being the major league’s first 13-game winner in the final inning against the Seattle Mariners.

Continuing in her tribute post, Upton recognized her husband’s talents and wrote, “He is continuing to break records and hit new milestones in his career. It was so fun having the family together to support Justin at his 9th All-Star experience. I am so proud of you.”

In his epic return, Verlander averaged a  96.3 mph fastball, which was roughly 1.4 mph above his last season average. Even the 39-year-old MLB player was willing to admit he didn’t expect to have such a significant experience. “I feel like I haven’t been able to let it go like that in a long time,” he reported after the game, according to ESPN.

“It was a solid one tick up,” Verlander continued, explaining his relationship with his arm post-surgery. “I was able to do that again today and a lot more times, so I’m definitely happy and a bit surprised. Surprise is the wrong word — I was hopeful that this could happen.”

Houston manager Dusty Bake also recognized Verlander’s talent after the game, particularly when he struck out No. 9 hitter Sam Haggerty on his final pitch, a throw that was clocked at  97.4 mph. The manager expressed the sentiments, “The mark of a good pitcher is figuring out how to get either a double play or a popup or a strikeout, and I tell you, that one that was great. I mean, we needed that. He needed it. We’re operating on fumes today, so I’ll say that was a great victory.”