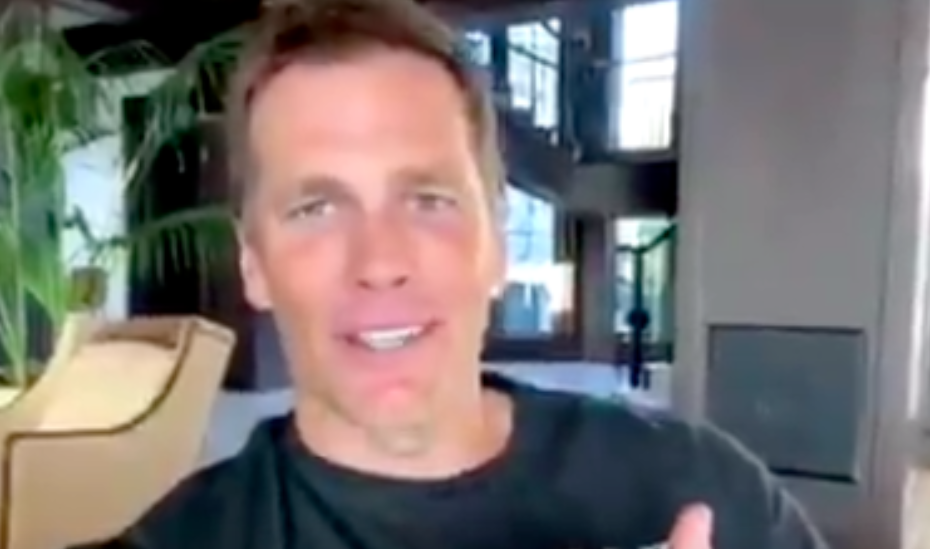 LA Rams Apparently Salty About Tom Brady’s Pass, Catch, Then Completed Pass Play Against Them As They Reportedly Request A Rule Change

To kick this one off, here’s the play that is in question, which took place this past NFL season:

Brady caught a pass that he threw, which was deflected by Terrell Lewis, then Brady completed a pass to Mike Evans.

Okay, now that you have this context of the play, here’s the news.

Breech reports that: “The officials saw the second pass and threw a flag, but it left the Rams in a tough spot. If they accepted the penalty, it would only be for 5 yards, which means Brady and the Buccaneers offense would get to come back on the field for a third-and-15. If they declined the penalty, the second pass would (count) and the Buccaneers would be facing a fourth-and-2.”

Here’s more from that play:

Breech went on to say that: “From the Rams’ point of view, there was nothing fair about this situation. Even though Brady committed (a)…penalty, the Buccaneers were either going to get another down (if penalty is accepted) or gain 8 yards (if penalty is declined). The Rams ended up declining the penalty and Brady got credited for an 8-yard pass.”

CBS Boston WBZ’s Michael Hurley reports that: “The exact language reads…with the new language in bold: ‘For a second forward pass from behind the line, or for a forward pass that was thrown after the ball returned behind the line: Loss of down and five yards from the previous spot.'”

What are your thoughts on the potential rule change? Do you think it’s necessary? Let us know in the comments!

In the meantime, maybe just text Tom himself to see what he thinks about the potential rule change.