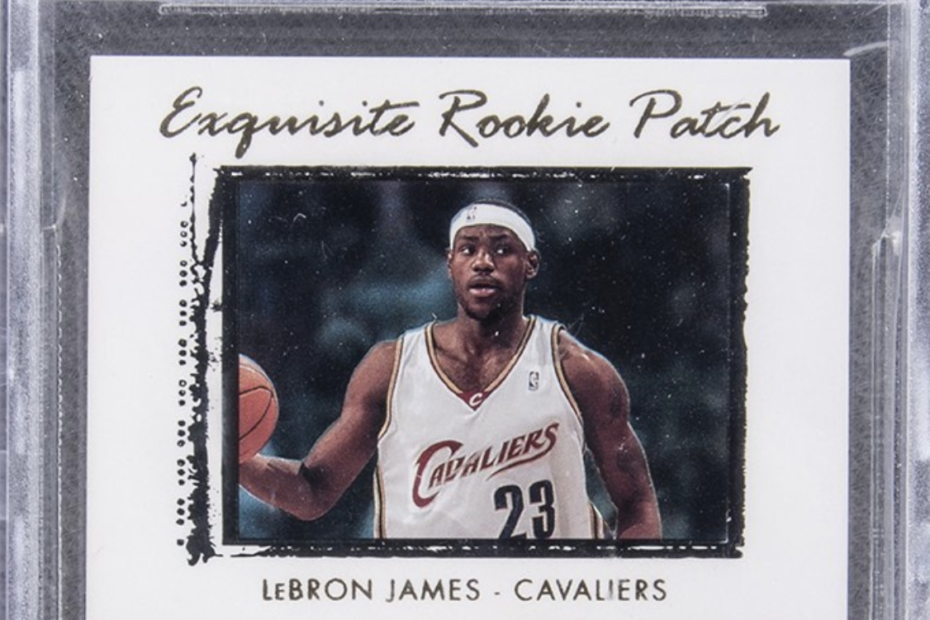 LeBron James Rookie Basketball Card Sets a Record for Most Expensive Card Ever at $1.8 Million

LeBron James Rookie Basketball Card Sets a Record for Most Expensive Card Ever at $1.8 Million

A LeBron James rookie basketball card auctioned for $1.845 million on Sunday. The auction was held at Goldin Auctions, and the winner was Leore Avidar, the CEO of Lob.com.

While 23 of the 2003-04 Upper Deck Exquisite LeBron James Rookie Patch Autograph card were made, only 2 have been graded a 9.5 mint gem by Beckett grading service. “There are only two of them, one of them is in private hands and the other was up for auction,” founder of Goldin Auctions, Ken Goldin, said.

The $1.845 million sale price is the highest among any modern day card, and sets the record for the most expensive basketball card of all time. The previous record for most expensive card in the modern era was held by a gem mint Bowman Draft Chrome Red Refractor Mike Trout signed rookie card, which sold for $922,500.

The auction racked up 34 bids over the 26-day auction. Golden had reportedly predicted that the card would sell for a 7 figure price prior to putting the card up for auction.

The market for basketball cards has steadily increased over recent years, and this auction is just another representation of this influx of interest.

Zion Williamson rookie cards have been selling for astronomically high prices as well, as people expect him to take LeBron’s place as the next face of the NBA. Because of this, purchasing Zion’s rookie card is an investment. In 10 to 20 years, the card is expected to be valued similarly to those of LeBron James or Michael Jordan.