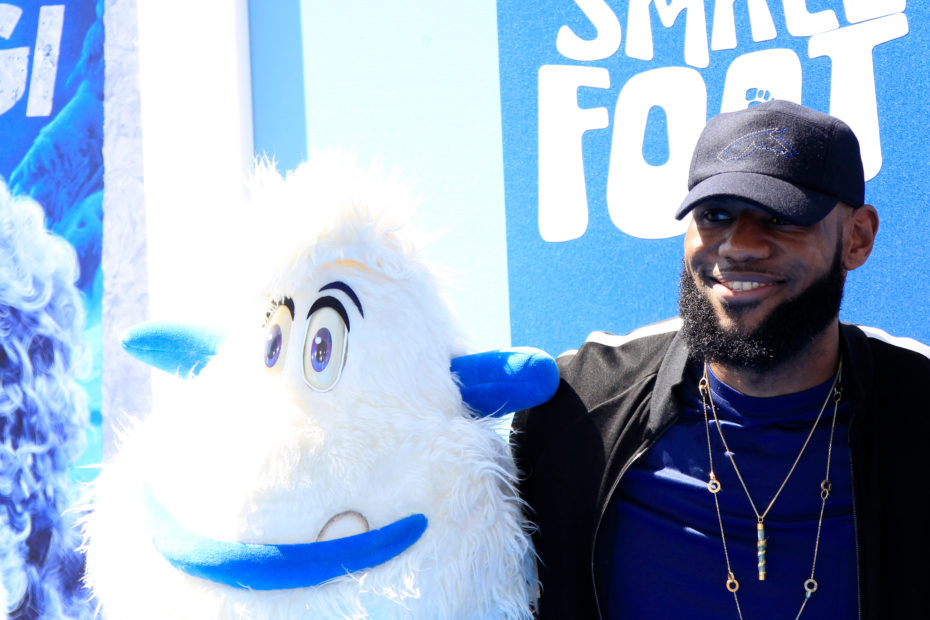 LeBron James is considered one of the best basketball players of all time. With all his time spent on the court, it seems as though he didn’t have any time to practice his acting skills…

The NBA star was cast as the leading role in the 2021 movie, “Space Jam: A New Legacy”. The movie was nominated for the 42nd annual Golden Raspberry Awards, a mock ceremony that brings attention to the most notable cinematic underachievements of the year.

The 37-year-old Los Angeles Lakers star has accumulated awards as a four-time league MVP, four-time Finals MVP, four-time NBA champion, and 18-time All-Star. However, he can now add having a 2022 Golden Raspberry Award for the worst actor to his long list of credentials.

The film was nominated for four Raspberry categories: Worst Picture, Worst Actor, Worst Screen Combo (James and any Warner Bros. character), and Worst Prequel, Remake, Rip-off or Sequel. Alongside James being crowned worst actor in a film, the Space Jam sequel took home the award for Worst Screen Combo and Worst Prequel, Rip-off, or Sequel. It was the highest awarded film of the night, despite not winning Worst Film overall.

LeBron James’ basketball skills were not enough to save ‘Space Jam: A New Legacy’ from the critics

The film received mixed reviews at its time of release, with the positive reviews stemming from fans across the world who were just happy to see James on the big screen. Sports fans have a 79% score for the movie, but critics were not too fond of what the sequel had to offer. The film garnered roughly 26% on Rotten Tomatoes, despite grossing $162.8 million at the box office.

“Space Jam: A New Legacy” attempts to follow in the footsteps of the 1996 original by depicting a leading basketball player as a star. Rather than Michael Jordan, the newest film cast this generation’s favorite player, LeBron James. Still, it is evident that a movie needs more than a fan favorite leader to be deemed as great.

According to film journalist Jordan Williams, the film particularly fell short due to a “lack of fun humor and earnest light-heartedness, overt promotion of Warner Bros. property, disappointment with celebrity and NBA roles, and the long two-hour runtime.”

Although “Space Jam: A New Legacy” won a few Razzies and was harshly critiqued by critics, the movie’s box office reports surpassed the  $150 million budget. With the financial positives the movie has pushed out, it’s unlikely crew members will be angry at the film’s reception.