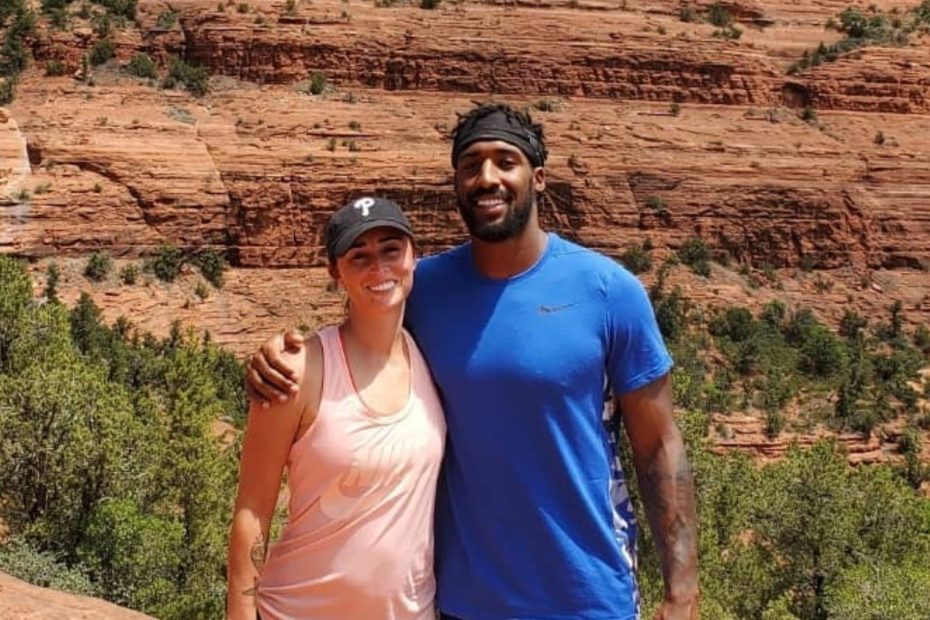 Giants’ Logan Ryan’s Wife, Ashley, Opens Up About the Surgery His Wife Had to Endure After Being Diagnosed With an Ectopic Pregnancy

Giants’ Logan Ryan’s Wife, Ashley, Opens Up About the Surgery His Wife Had to Endure After Being Diagnosed With an Ectopic Pregnancy

New York Giants’ safety Logan Ryan and his wife Ashley Ryan weren’t trying to grow their family of four, in fact, they were taking the necessary precautions to prevent an unexpected pregnancy. However, after traveling to Florida to vote, Ashley texted Ryan, who stayed in New Jersey for work, to let him know she wasn’t feeling well.

“The rollercoaster of 2020 continues. I’ve got to believe that there is a reason behind our tragedy and hardship, even if we don’t know exactly what that is,” Ashley began the statement she shared on Instagram. “After Logan’s game, I was texting him at 1:30 a.m. in excruciating abdominal pain.”

As Ashley continued, it was the same pain she had experienced the night before, so it was something she had hoped would pass again. While she was telling her husband about how she was feeling, Logan was just leaving the Giants’ facilities after receiving post-game treatment.

In an attempt to ease their minds, he texted one of the team’s trainers to see what they thought was going on. “As much as I wanted to eat some Tums and try to go back to sleep, I followed this trainers advice and my sister took me to the ER.”

What she learned at the ER was that she was pregnant, “despite having a fully functioning IUD.” As Ashely continued to explained, “the chances of this happened are less than 1-percent.”

After taking a moment to process the information she was just told, she called Logan to explain what was going on. At this point, Ashley was under the assumption that it was a viable pregnancy. So, while the pregnancy wasn’t planned, the couple “laughed and wrapped our head around the idea of becoming parents again.”

“About an hour later, the lightness dimmed as I noticed my ultrasound tech was very quiet and my pain was getting worse. The pregnancy was ectopic and had implanted in my fallopian tube. The pregnancy was not viable and we learned that the tube had ruptured. I had to have emergency surgery at 9 a.m. this morning to remove the ectopic pregnancy and stop the internal bleeding.”

Thankfully, medically, Ashley is okay. But that doesn’t mean the pain she experienced both physically and now emotionally wasn’t unbearable. As the mom of two admits, everything she has just endured is something she is “still sorting through” privately.

“Why was I that 1-percent,” Ashley asked. “What does this mean for the future, how that trainer quite possibly saved my life. How I asked my sister to come on this trip with me with two days notice. I was supposed to be alone. How that could have been baby ‘Ozzy,’ a name I’ve always had picked out for the third child I never planned to have.”

Now, Ashley is recovering in her home state of Florida before returning to New Jersey. “I’m hurting, I miss my kids, and Logan.” Nonetheless, she is so thankful for her village that have stood behind her and helped take everything off of her plate while she continues to heal.

And she is especially thankful for her husband’s support even if they aren’t together right now. “Logan’s support never wavers,” she wrote. “His strength gives me strength and our hearts are so aligned.”

According to Mayo Clinic, ectopic pregnancies are rare and always need emergency care. Our thoughts are with Ashley and the Ryan family as she continues to recover.