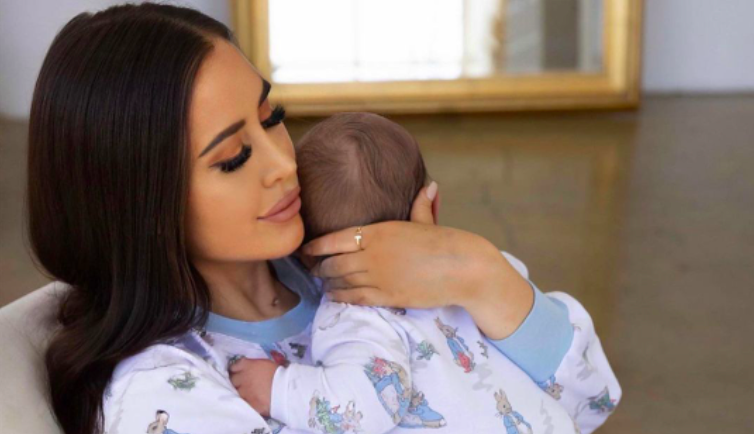 Taking to Instagram, the 31-year-old model posted an adorable set of photos that showcased her and her son wearing matching bunny pajamas. Sitting back in a chair, Nichols looked stunning with her baby boy being held close to her chest. Celebrating the child’s first Easter, the mother wrote in the caption of her social media post, “Happy Easter.”

Little Theo was brought into the world on December 1st and has been a prominent source of joy for Nichols since. Considering she was under the impression she might not ever be able to have kids, finding out she was pregnant was a self-proclaimed blessing.

“I had never been pregnant and had been told I might not be able to have children,” Nichols said during an interview with PEOPLE. “I couldn’t believe I was pregnant, when I saw you on the ultrasound and heard your little heartbeat I knew I would always protect you and keep you safe. I love you more than you’ll ever know. You bring such joy and happiness into my life. My great blessing.”

RELATED: Did Evander Kane’s Ex-Wife REALLY Fake a Pregnancy in the Midst of Their 2022 Divorce?

However, the birth of Theo was the subject of slight controversy due to his father’s professional athlete status. At the time of Theo’s birth, Thompson was not present and was not listed on the birth certificate. After confirming he was in fact the father of the child, it was revealed that the NBA star was dating Khloe Kardashian at the time of conception.

“I take full responsibility for my actions. Now that paternity has been established I look forward to amicably raising our son,” he wrote on social media. “I sincerely apologize to everyone I’ve hurt or disappointed throughout this ordeal both publicly and privately.”

“You don’t deserve the way I have treated you over the years. My actions certainly have not lined up with the way I view you. I have the utmost respect and love for you. Regardless of what you may think. Again, I am so incredibly sorry,” he continued.