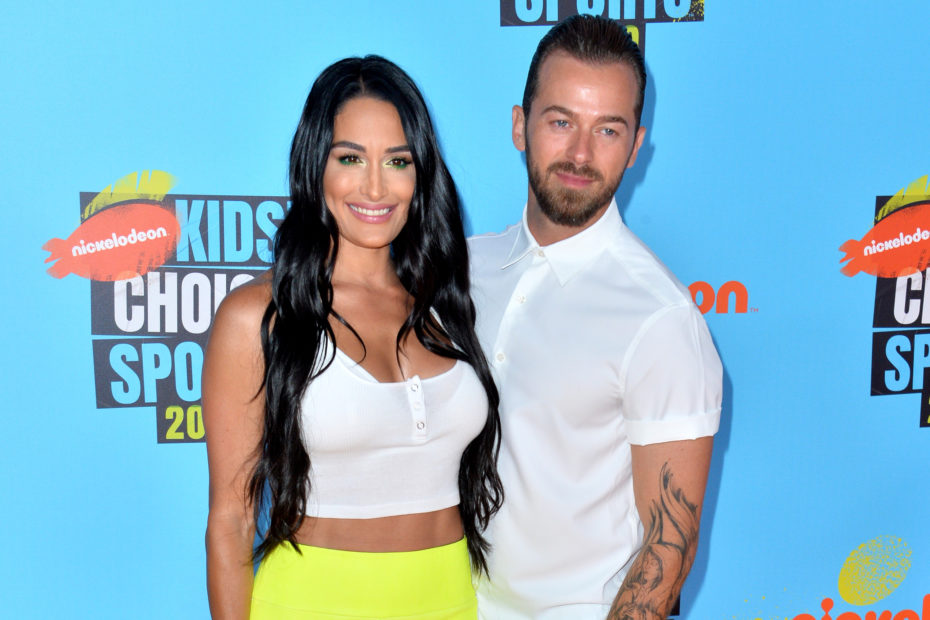 Wrestling sensation Nikki Bella opened up about her engagement with fiancé Artem Chigvintsev during an appearance at the 2022 Nickelodeon Kids Choice Awards.

The two met on the set of Dancing with the Stars in 2017 when they were partnered together. In 2019, the two announced that they had been casually dating for four months. However, another four months later, they announced that they were engaged. During a trip to France in November of 2019, Chigvintev popped the big question and the couple has been engaged ever since. In addition, they welcomed their first son the following year.

However, since the two have remained quiet about their wedding plans for approximately three years, many have questioned the future of Bella and Chigvinstev. Yet, the former WWE star was ready to set the story straight as of last night.

Explaining that the two share a hectic life, marriage isn’t their immediate priority. “Life is really stressful. We’re barely home together at the same time. There’s a lot more, I don’t want to say important things in life, but a lot more [to focus on],” Bella said, according to PEOPLE.

RELATED: Albert Pujols Files for Divorce After 22 Years of Marriage to Wife With Brain Cancer

With so many people questioning whether or not her marriage will actually happen, this tends to get her defensive. During the interview, she noted that it can be irritating having her life on display for strangers to make assumptions about the nature of her relationship.

“I think being a reality star for seven years, I took people on such a journey that they still have, like, input about my life,” Bella commented. “So at times, I get into that mode where I feel like I have to defend it because I’ll see people say all these things online and make it a negative… I’m like, it’s not a negative.”

Despite input from strangers on the internet, Bella did confirm in February that her Chigvinstev have been planning their special day. “We’re figuring out dates, so we’ll see, but we’re thinking that Paris would be the perfect place,” she said of the future wedding.