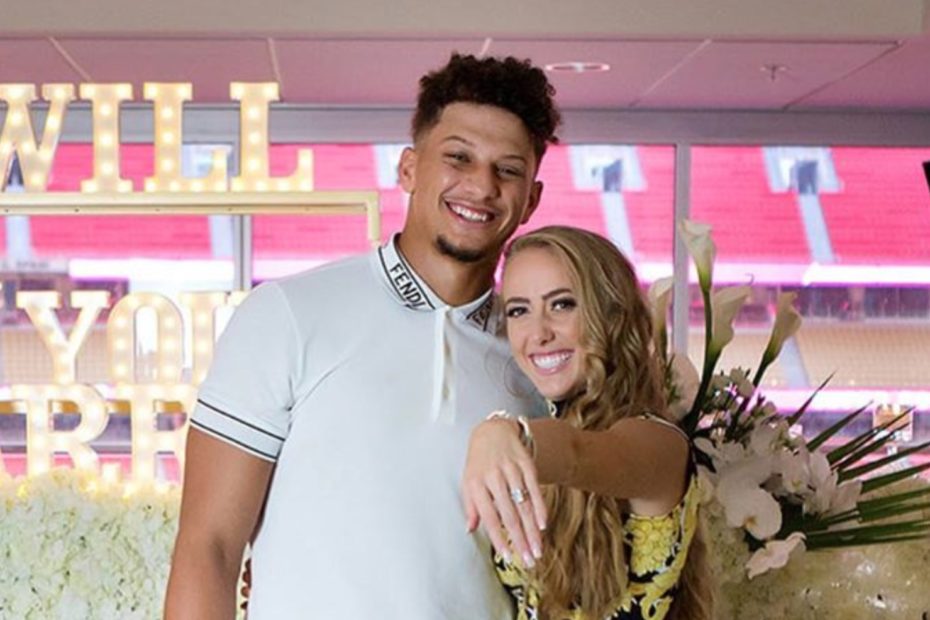 When it comes to his unborn child, Patrick Mahomes could care less about if it’s a boy or a girl. All he wants is for his future child to happy and healthy.

As At The Buzzer previously reported, after asking his high school sweetheart to marry him at the Chiefs’ super bowl ring ceremony, Mahomes and Brittany Matthews announced they were expecting a month later.

While talking to 610 Sports Radio’s The Drive following their big announcement, Mahomes admitted that he and his fiancée are “super excited” about becoming parents. And when it comes to having a son or a daughter, the super bowl winner doesn’t have a preference.

“No, I’m just super excited to hopefully have a healthy baby and someone I’ll be able to love for the rest of my life.” This year as been full of highs for Mahomes and Matthews, between a super bowl win, signing a massive contract, getting engaged, and now having a baby, Mahomes said he has grown a lot in 2020.

“I think it’s just about growing up, about having the responsibility and evolving as a family,” the 25-year-old said when asked about what he learned in this past year. “I think we’ve done that — me and Brittany, and the people around me — and I’m just excited for the future ahead of being able to keep building and keep becoming a better person for my family and this world.”

Based on Matthews caption, it seems as though the couple will wait until their child is born before getting married. “Mom & Dad, taking a small detour to the wedding,” Matthews wrote.