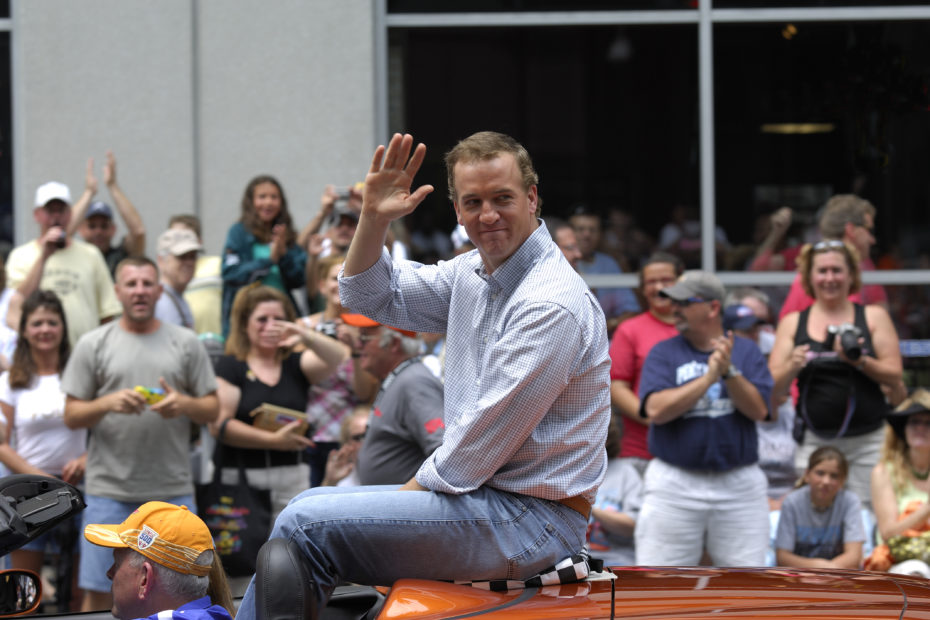 The Patriots Forbid Peyton Manning From Talking With Mac Jones

Sitting down for his weekly broadcast of “Monday Night Football” with his brother Eli, Peyton Manning revealed that when he attempted to talk with New England Patriots quarterback, the NFL team refused.

Mac Jones is the current quarterback for the New England Patriots and despite it being his rookie season, he is already a starting player. Considering that Peyton interviews quarterbacks before games, the Patriots vs. Bills game left people patiently waiting to see if he got the chance to speak with Jones.

“Peyton, you said you talked to Josh Allen. Did you talk to Mac Jones?” Eli asked his brother. The eldest Manning brother then went on to explain that although he contacted Jones, he was redirected to Patriots PR before. his request for an interview was declined. However, the former Denver Broncos quarterback reported that he was not angry at the outcome of this situation.

“I appreciate how they’re handling Mac Jones,” he commented in response to his brother. He went on to explain, “They are trying to protect him. Give him as few off-the-field distractions as possible. Let him concentrate on playing football.”

Manning additionally shared that he reached out to Mac Jones and texted him a video analysis of his performance. However, what shocked the now-retired player, was that it took him a few days to respond because he doesn’t check his phone.

“That was on a Wednesday. He responded back on Friday, and he says, ‘Peyton, I don’t check my phone during the week. I’m sorry I’m just now getting back to you. I watched it. It’s all good,'” Manning said.

The 44-year-old Manning brother then detailed his own experience as a rookie quarterback and how he appreciated when his own coach tried to protect him from the press. He stated, “Bill Polian, when I was a rookie with the Colts, did the same thing. He didn’t let the marketing department talk to me, or the communications department. He said, ‘It’s all football his first season. Don’t bother him.”

Then, Eli went on to question his brother’s appearance in media following the rookie season. The elder Manning then elaborated and shared that he felt he had to earn a position in the NFL through experience before he appeared in media. “My second year, after throwing 28 interceptions, I felt like ‘Hey, I earned my platform here. I’m gonna start doing them,'” he relayed.