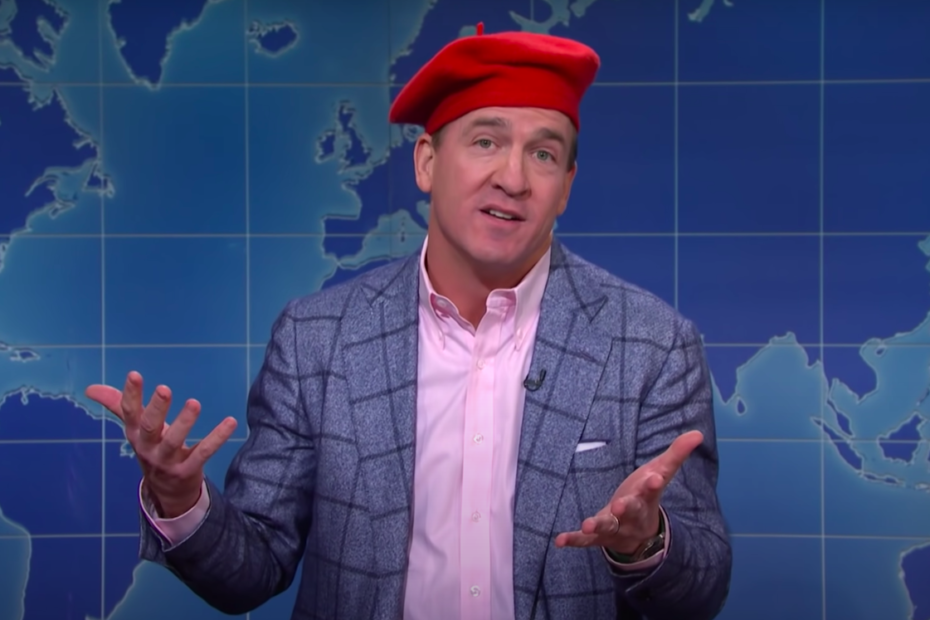 What the Weekend Update host wasn’t expecting was for the notable athlete to admit he binged 10 hours of the comedy-drama show, Emily in Paris.

In fact, he shared that he didn’t watch the epic battle of Patrick Mahomes and Josh Allen because he was caught up in the rich plot of the show.

“I had an hour to kill before the first game, so just for fun, I put on the first episode of Emily in Paris season 2,” the Hall of Famer relayed to Jost. “I watched the entire season straight through.”

Jost sat beside Manning clearly shocked about the news. While the host tried to change the subject and bring attention to football news, such as Tom Brady’s supposed retirement, the 45-year-old kept bringing the conversation back to his new favorite show.

“I think it’s just speculation, but if it were me, I probably would retire too if it gave me more time to watch Emily in Paris,” the quarterback joked. Then, he made sure to point out the parallels between superstar quarterback Tom Brady and the show’s main character.

Manning stated, “I really think for Tom right now it’s just a tough decision between balancing his career and relationship, sort of like Emily.”

“Let me break it down for you. This is a classic show between Emily’s career and her love life,” he continued. He even displayed a drawn-out football field that displayed the similarities between the plays of football and Emily’s plays within the show. “The Os were completely dominated Xs and there were lots of Xs if you know what I mean.”

Manning even dived into the fashion showcased in the show. “You know what’s not sitting on the sidelines? This fashion,” the athlete explained to Jost. He then expressed with enthusiasm a detailed account of Emily’s outfit choices and how they add to the show’s significance.

“She might not be driving a car, but she sure knows how to drive and episode down the field with these looks,” the former Denver Broncos quarterback said.

Needless to say, one can only hope that Peyton Manning returns to Saturday Night Live as soon as possible!