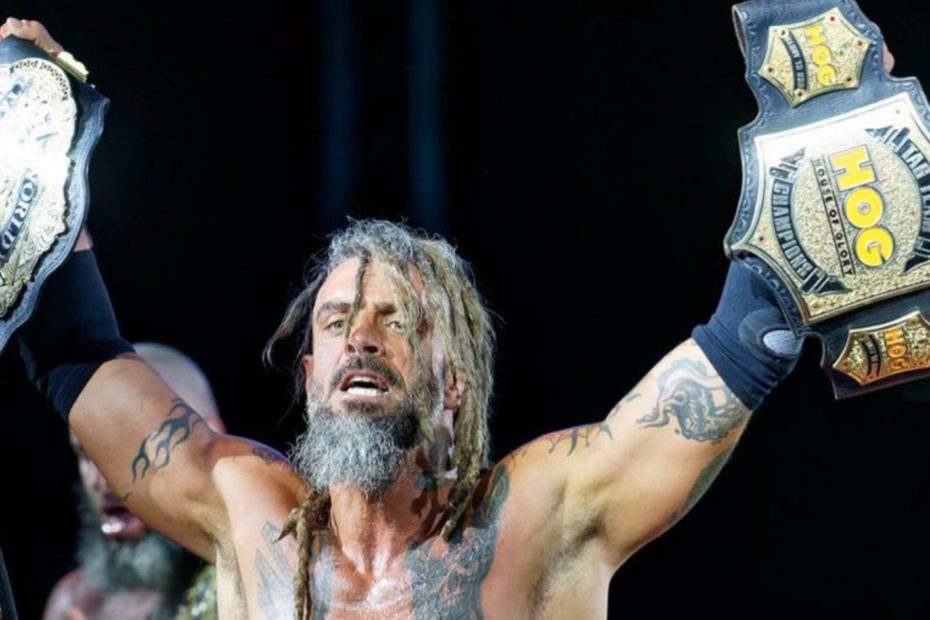 Professional wrestler Jamin Pugh, more commonly known under the name Jay Briscoe, tragically passed away in a head-on collision in Delaware. He was 38.

Tony Khan, CEO of All Elite Wrestling and owner of ROH announced the Ring of Honor star’s death on Twitter. “Sadly, Jamin Pugh has passed away. Known to fans as Jay Briscoe, he was a star in ROH for over 20 years, from the first show until today. Jay and his brother Mark dominated ROH, reigning as champions to this day,” his statement said. “We’ll do whatever we can to support his family. Rest In Peace Jamin.”

According to PEOPLE Magazine, the wrestler was involved in a car crash collision in Sussex County, Delaware, which also claimed the life of a 27-year-old. Briscoe was reportedly not wearing a seatbelt while driving his 2015 Silverado 2500 in the eastbound lanes of Laurel Rode while Ternahan was traveling west. The late athlete’s daughters, ages 9 and 12, were taken to the hospital and remain in critical condition as a result of the incident.

“Alcohol involvement in this crash is unknown. No other vehicles were involved in this collision. The roadway was closed for approximately four hours while the scene was investigated and cleared,” the Delaware State Police Department wrote in an incident report.

The department proceeded to add, “troopers are asking anyone who witnessed this collision to please contact Sergeant J. Burns.”

As of last year, Briscoe was added to the inaugural class of the ROH Hall of Fame, alongside his brother, for their talents in the ring. He made his wrestling debut in 2000 and has had a substantial career for over 20 years.

Following his death, the ROH mourned the loss of their wrestling legend. “It is with a heavy heart that we mourn the tragic passing of Jamin Pugh, known to wrestling fans around the world as Jay Briscoe. Our thoughts are with his family, his friends, and his fans,” they wrote on Twitter.

In a similar fashion, AEW wrestler Matt Hardy took to Twitter to discuss his colleague’s passing. “I’m DEVASTATED that Jay Briscoe (Jamin Pugh) tragically died today. I was honored to work with him many times. I loved Jay,” he began. “Jay was SO real. Jay loved his wife & kids more than anything & we shared that bond. I’m heartbroken for his family.”