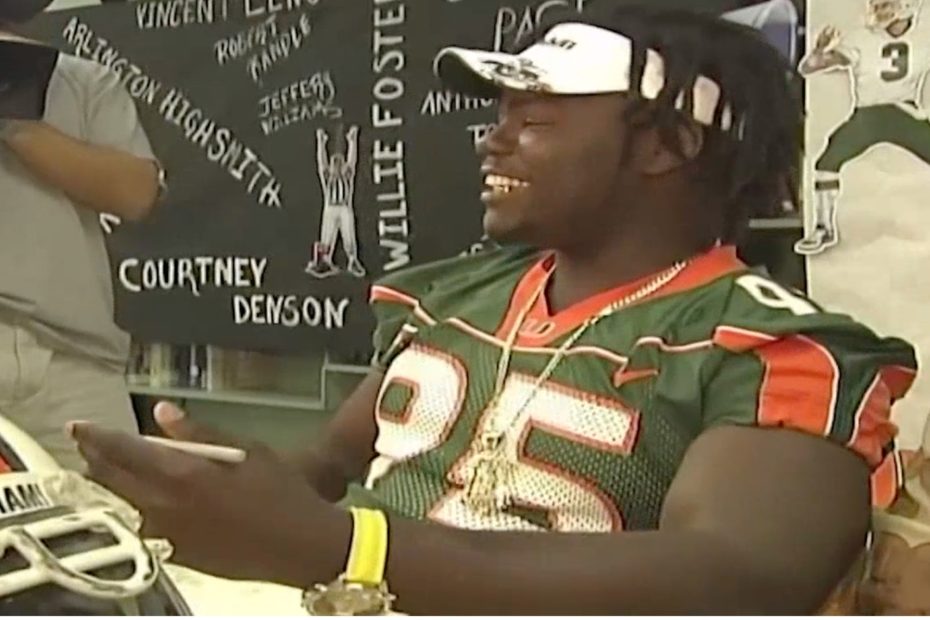 Rashaun Jones, a former college football player at the University of Miami, has just been charged with first-degree murder for fatally shooting teammate Bryan Pata.

On November 7th, 2006, a 22-year-old Pata was found in the parking lot of a Miami-based apartment complex with a gunshot wound to the left side of his head. For 15 years, the case went unsolved and the Pata family did not have confirmation about who killed their loved one.

However, when ESPN published an in-depth report of the incident and pointed out missteps in the police investigation, they named Rashaun Jones as the main suspect since Pata dated the ex-girlfriend of Jones.

The evidence against Rashaun Jones:

According to People, the two football players had a history of violence against each other. In fact, the authorities even stated that “allegedly Pata had previously beaten Jones during a physical altercation.”

Pata’s brother Edwin also reported that two months before he was murdered, Jones threatened to shoot Pata in the head. However, a police report was never filed. At the time of the murder, the now 35-year-old was questioned about involvement, but he stated in an alibi that he never left his home on the night of the murder. Yet, a record of his cell phone calls did not corroborate that statement. An eyewitness at the murder site also picked Jones out in a lineup of possible suspects. Still, in 2006, the former University of Miami football player was never convicted.

The Pata family is happy to have closure.

“The Pata family has waited a long time to see the individual they had believed involved in Brian’s death arrested and charged,” Katherine Fernandez Rundle, state attorney, commented in a press release. “While the time needed to build sufficient evidence to ethically charge in a homicide can sometimes feel endless, families should know that the passion and determination of police and prosecutors to resolve unsolved cases does not diminish.”

Rundle additionally included the information, “The commitment of the Miami-Dade Police Department and of my prosecutors and staff to bring the alleged perpetrators to justice never diminishes.”

Miami-Dade Police Department’s Det. Juan Segovia was particularly saddened by the loss of Pata because he knew that Pata had a simple dream of playing in the NFL one day. He said in a video, “His whole world revolved around football and his family. It’s not like he had a lot of enemies. He wasn’t involved in the criminal element. He was a young man who was looking forward to a future in the NFL. That’s all he wanted, was to play football in the National Football League. He wanted to take care of his family one day.”