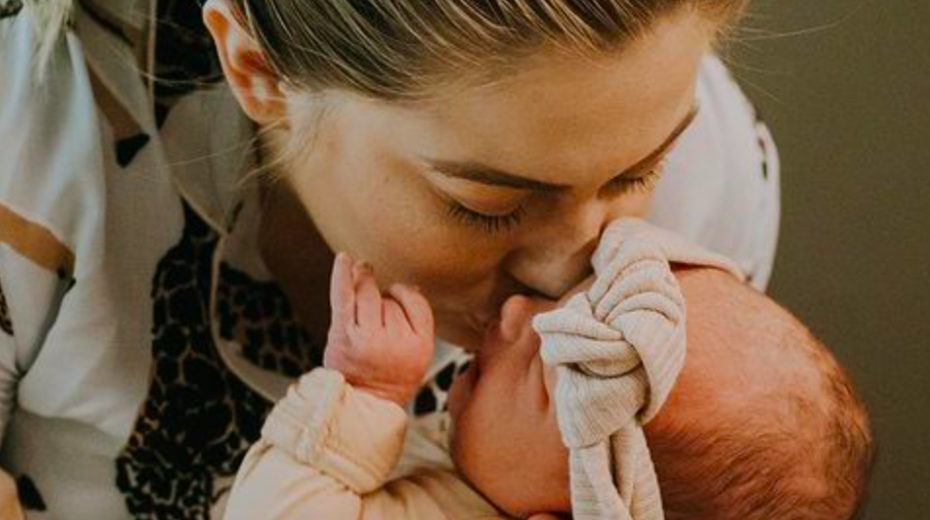 Shawn Johnson East Reflects On Being A Mom, Opens Up On Good Morning America On What Helped Her Get Through A Miscarriage

Shawn Johnson East is a US Olympic gymnast gold medalist (and three-time silver medalist) who put in the hard work into her craft to compete on the world’s stage in her sport. Now, she’s been putting in the work to be an Olympic-quality parent with her husband, Andrew East.

It’s a wonderful mom’s life for the gold medalist but it wasn’t always easy. It still isn’t. It’s a process that she’s looking to enjoy and do excellent in, just like any Olympian would for their craft.

RELATED: Shawn Johnson East Announces Gender Of Baby. Read This To Find Out What She Says!

“I spent half of church crying in my chair because Drew was sad going into Sunday School this morning. It’s probably just pregnancy hormones but the amount of mom guilt I felt killed my soul. They texted us 2 minutes later to say she was happy and playing but I still continued to cry. It’s sometimes so hard to handle all of the love my heart feels for this little human and I never want to make the wrong decision for her. Andrew quietly held my hand as I pulled myself back into the reality that she is ok and this is normal. But dang… my heart heart.

You can tell it weighs heavy on Shawn to want to be a wonderful mother for her baby. And that she’s appreciating each and every moment with her precious daughter. Especially after what happened around four years ago, she explained to Good Morning America.

“Our miscarriage back in 2017, it was the first time I ever felt super vulnerable… I didn’t know who to go to or who to talk to or how to heal. So I ended up going to social media. I needed someone to respond to me and say, ‘It’s going to be okay, I went through this as well.’..And to see the thousands and thousands of women that came forward and just said, ‘I went through this. I’m struggling through this. Thank you, I felt so alone until now’ — I felt the same way…and it was the only way I healed.”

That just reiterates the importance of finding supportive, authentic community to surround yourself with to help each other out and encourage one another, especially if you’ve gone through similar pain previously.

One thing an Olympian or any great professional athlete can do well is go back and look at the film to see what they could’ve done better in the next play or the next game. To adjust accordingly and reflect on what went wrong, along with what went right. For Johnson East, this applies to life, as well.

“Looking back on everything we’ve gone through … it’s all for a purpose,” Johnson East said to GMA. “It all makes it worth it in the end. It makes things more sweet. I think it’s through those heartache moments that you truly learn. You learn who you are, you learn how to be a better wife and mother and daughter.”

Johnson East continued on GMA to say, “I would just tell myself that it’s gonna be okay.”

It’s going to be okay. It’s not going to be perfect. It may be messy, unorthodox, unorganized, all over the place. But it will be okay. Just keep going all you parents out there, staying the course, keeping the faith, and loving your children well. With excellence. The Olympian way.