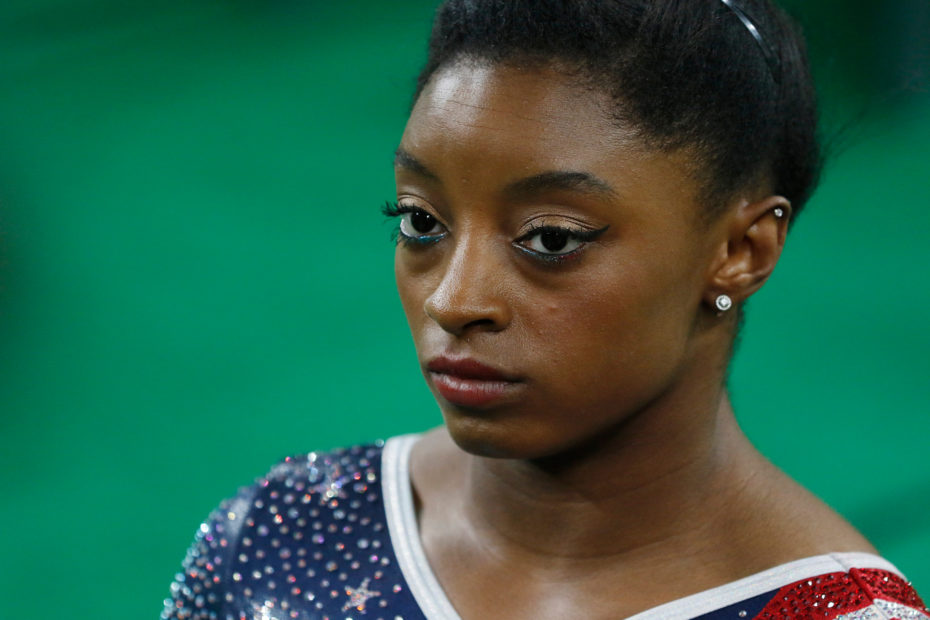 Twenty-four-year-old world-renowned gymnast Simone Biles stood forward in front of the United States Congress to condemn the action of Larry Nassar, the team doctor for the United States women’s national gymnastics team, who put a plethora of young women through sexual abuse.

While the gymnast denounced his actions, she also noted that the FBI and U.S. gymnastic and Olympic officials failed to keep her, and other girls safe.

“To be clear, I blame Larry Nassar and I also blame an entire system that enabled and perpetrated his abuse,” the Olympian shared in front of the U.S. Senate Judiciary Committee while holding back tears. Accompanying her were fellow gymnasts McKayla Maroney, Aly Raisman, and Maggie Nichols. Biles continued and explained, “United States Olympic and Paralympic Committee knew that I was abused by their official team doctor long before I was ever made aware of their knowledge.”

“I sit before you today to raise my voice so that no little girl must endure what I, the athletes at this table, and the countless others who needlessly suffered under Nassar’s guise of medical treatment,” the Olympian commented. Biles then went on to state, “We suffered and continue to suffer because no one at FBI, USA, or USOPC did what was necessary to protect us.”

RELATED: 25 of the Fastest NFL Players Ever

FBI Director Chris Wray was taken aback at the handling of this case and stated that he had one of the agents fired who improperly conducted the investigation, claiming, “On no planet is what happened in this case acceptable.”

However, firing said agent does not eliminate the tournament these girls were forced to endure. In the throughs of the emotional case hearing, McKayla Maroney shared her own harrowing experience. She recalled that she spent 3 hours on the phone with the FBI, detailing stories that her mother hadn’t even heard, in relation to the sexual abuse Nassar conducted. She went as far as calling Nassar, “more of a pedophile than he was a doctor.”

Despite all of this, the FBI still misreported the claims of Maroney. She commented, “Not only did the FBI not report my abuse, but when they eventually documented my report 17 months later, they made entirely false claims about what I said.”

Aly Raisman additionally had her own poor experience with the FBI, as they tried to argue what she went through ‘wasn’t that bad. “I remember sitting with the FBI agent and him trying to convince me that it wasn’t that bad,” the gymnast recalled.

At the end of the court hearing, Biles concluded her statement with powerful sentiments,”We have been failed and we deserve answers.”