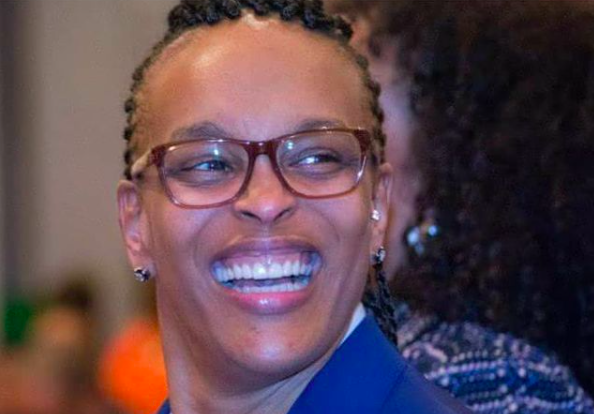 A big congrats is in order for Teresa Weatherspoon, Naismith Hall of Fame All-WNBA guard, and now a NBA assistant coach with the New Orleans Pelicans.

RELATED: Mets’ Dominic Smith Gets Emotional, As WNBA and NBA Decide Whether to Continue Season Amid Jacob Blake Shooting

Weatherspoon was promoted from within the Pelicans’ coaching staff, having spent time as a two-way development coach according to ESPN.

This makes Weatherspoon the eighth full-time female assistant coach in the NBA per ESPN.

“Nobody can remove you or take your place when God has solidified and glorified your position and destination,” Weatherspoon said in an Instagram post. “So grateful to be on this journey with the New Orleans Pelicans . Let’s gooooooooooo #AlwaysSmiling #Favor #Grace #AllForYou #WontBowDown #GoPels”

Weatherspoon was inducted into the Naismith Hall of Fame in 2018. She was the WNBA’s defensive player of the year twice, was named All-WNBA four times in her career, and spent all but one year of her career with the New York Liberty.

“Shoutout to one of the best to ever do it, #LibertyLegend Teresa Weatherspoon, for her recent promotion to New Orleans Pelicans Assistant Coach!” the Liberty said in a Tweet.

Now, Weatherspoon is a part of new Pelicans head coach Stan Van Gundy‘s staff. They get to coach a team who made the bubble in the race to make the playoffs.

“I am excited about our coaching staff,” Van Gundy said per the Pelicans. “We have a great mix of background, experience, perspective and expertise. Four of our assistants have been head coaches at the professional or NCAA Division I levels. Five of our coaches played in the NBA or WNBA. Three coaches have institutional knowledge having worked for Griff, Trajan and current Pelicans players, while three others have worked with me and two bring us an entirely new perspective. I am looking forward to working with this staff to maximize the potential of our talented players.”

We’ll see how this staff can help the players build on what they accomplished this past year when the season starts back up.