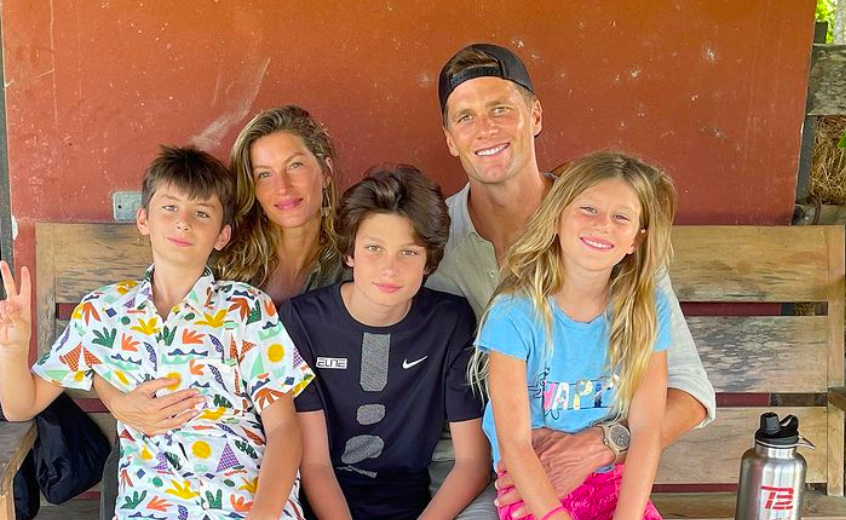 Tom Brady, 45, is Disappointed to Have Children of Divorce

According to a source close to the Tampa Bay Buccaneers quarterback, Tom Brady “didn’t want the kids to have divorced parents” despite his recent split with supermodel Gisele Bündchen.

After 13 years of marriage, Bündchen filed for a divorce from the seven-time Super Bowl champion, an idea that he apparently didn’t want to pursue. “This was not Tom’s idea,” the insider relayed to PEOPLE in an exclusive interview. “This was never Tom’s idea.”

Rumors began speculating about the couple’s relationship after the NFL legend disappeared from practice for days on end. After he announced his un-retirement, Brady’s marriage was reportedly going downhill. Since Bündchen wanted him to leave the sport, his decision to return to the Buccaneers was undoubtedly disheartening. Despite their marriage coming to an end, the pair remains committed to raising their shared children, Benjamin Rein, 12, and Vivian Lake, 9, in a loving environment.

“With much gratitude for our time together, Tom and I have amicably finalized our divorce. My priority has always been and will continue to be our children whom I love with all my heart,” the mother wrote in an Instagram story that addressed the separation. “We will continue co-parenting to give them the love, care, and attention they greatly deserve.”

She added the sentiments, “The decision to end a marriage is never easy but we have grown apart and while it is, of course, difficult to go through something like this, I feel blessed for the time we had together and only wish the best for Tom always.”

Expressing similar sentiments as his ex-wife, Brady also publicly opened up about the split for the first time during a recent episode of his Sirius XM show Let’s Go! “Obviously, the good news is it’s a very amicable situation and I’m really focused on two things, taking care of my family and certainly my children,” Brady revealed.

“We all have our unique challenges in life. We’re all humans. We do the best we could do,” the football star continued. “I have incredible parents that have always taught me the right way to do things. I want to be a great father to my children and always try to do things the right way as well.”