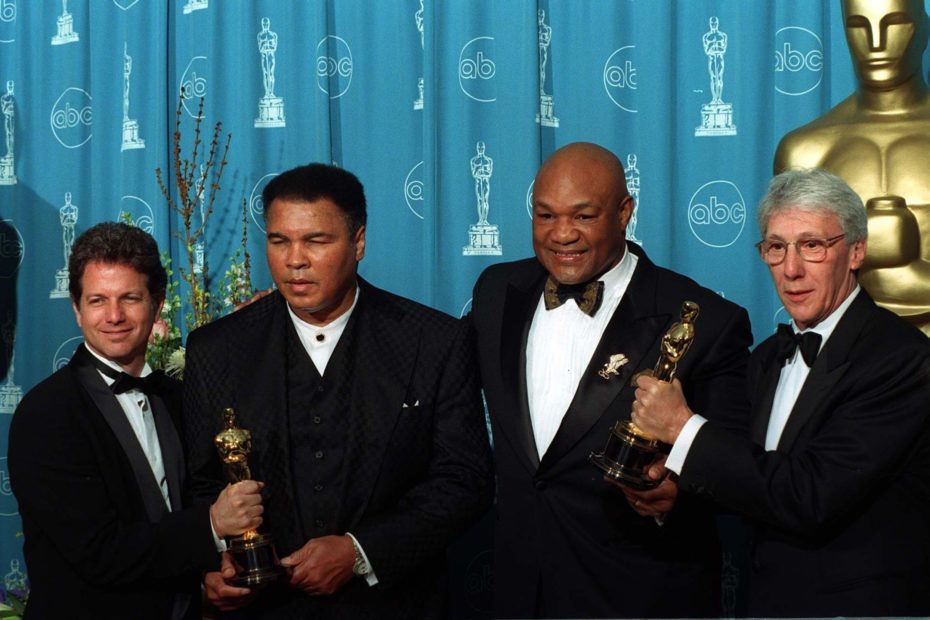 Athletes have every right to do as they please in their spare time, but that’s not going to stop us from talking about these famous athletes with big families. In fact, some of them might surprise you – whether it be the athlete in question or the number of kids they’ve fathered in their lifetime.

We all know how much time, energy, and effort is required when raising a child. It requires long and sleepless nights, hectic mornings, and nonstop afternoons. And while athletes having children is nothing new, athletes with big families can be a little puzzling to some people.

After all, athletes are busy enough as-is. They’re devoted to their careers and must remain focused 12 months out of the year if they want to perform at the highest level possible. That’s not to say they can’t double as a parent, but it’ll certainly provide its fair share of challenges.

RELATED: 25 Athletes and Their Kids

These Athletes With Big Families Will Surprise You!

When most athletes prepare to have their first child, they try to time it during the offseason so they don’t miss any time on the court, field, ice, or track. That might be easy to do once or twice, but things start to complicate themselves when you’ve had your fifth, sixth, seventh, and so on.

Personally, I can’t imagine how difficult it is to juggle a career as a professional athlete and a life as a parent. That’s why I salute anyone who can make it work – and an extra salute to the athlete’s significant other, who likely picks up a lot of the slack during the season or playoffs.

Ray Lewis is a Hall of Fame linebacker who spent 17 seasons in the NFL – all of which with the Baltimore Ravens. They drafted him 26th overall in 1996 and he went on to win two Super Bowls and two Defensive Player of the Year awards with the team. He’s the all-time leader in tackles.

Outside of football, Lewis is a father to six children (with four women). He has four sons – Ray Lewis III, Rayshaan, Rayshad, and Ralin – three of which play football. He also has two daughters – Diaymon and Kaitlin. Despite having six children, Lewis has never been married.

Outside of basketball, Kemp is a father to seven children (with six women). Two of his sons play basketball in college – his son Jamon Kemp plays at Southeastern Louisiana University and his son Shawn Kemp Jr. played at the University of Washington. Neither look like NBA material.

Kurt Warner is a Hall of Fame quarterback who played 12 seasons in the NFL – mostly with the Arizona Cardinals and St. Louis Rams. He’s a two-time MVP and one-time champion who threw for 32,344 yards and 208 touchdowns in 116 games started. He had a 67-49 record as a starter.

Outside of football, Warner is a father to seven children (all with his wife Brenda Carney Meoni) – Kade, Elijah, Sierra Rose, Sienna Rae, Jada Jo, Zachary, and Jesse Jo. Brenda had Zachary and Jesse Jo in a former relationship, but Warner adopted them and has been there ever since.

Dan Marino is a Hall of Fame quarterback who played 17 seasons in the NFL – all of which with the Miami Dolphins. They drafted him 27th overall in 1983 and he went on to throw for 61,631 yards and 420 touchdowns. He finished his career with a 147-93 record in 240 games started.

Outside of football, Marino is a father to seven children (with two women) – six of which with his wife Claire D. Veazey. The other child was kept a secret for quite a while because it was a result of an affair Marino had with CBS employee Donna Savattere. It was a shocking announcement.

Chad ‘Ochocinco’ Johnson is a retired wide receiver who played 11 seasons in the NFL – 10 with the Cincinnati Bengals and one with the New England Patriots. He was a six-time Pro Bowl receiver who caught 766 passes for 11,059 yards and 67 touchdowns in his career.

Outside of football, Ochocinco is a father to eight children (with seven women). He has quite the large family and it’s only growing bigger, with him and his fiancée, Sharelle Rosado, having their first child earlier this year. Not only is it Johnson’s eighth child, but it’s his fiancée’s fourth child.

Scottie Pippen is a Hall of Fame small forward who played 17 seasons in the NBA – mostly with the Chicago Bulls and Trail Blazers. He’s a six-time champ and 10-time All-Defensive player who put up 16.1 points, 6.4 rebounds, 5.2 assists, 2.0 steals, and 0.8 blocks per game.

Outside of basketball, Pippen is a father to eight children (with four women) – though two of his children, Antron and Tyler, have passed away. Tyler’s death happened just over a week after he was born back in 1994, while Antron’s death happened more recently in 2021 – it was tragic.

Mike Tyson is a retired American heavyweight boxer who finished his career with a 50-6-0 record (46 knockouts). He’s one of the most feared boxers of all-time and was undisputed heavyweight champion from 1987 to 1990. He has also enjoyed success as an actor.

Outside of his boxing career, Tyson is a father to eight children (with four women) and is happily married to Lakiha Spicer. One of his daughters is one of his ex’s from a previous relationship, but he considers her his own. Another one of his daughters tragically died at the age of four.

Vladimir Guerrero is a Hall of Fame right fielder who played 16 seasons in the MLB – mostly with the Montreal Expos and Los Angeles Angels. He’s a nine-time All-Star and one-time MVP who batted .318 with 449 home runs, 1,496 runs batted in, and 1,328 runs scored in his career.

Outside of baseball, Guerrero is a father to eight children (with five women). Three of his sons have hopes of following in their father’s footsteps and one of his sons already has. Vladimir Guerrero Jr. is first baseman and third baseman for the Toronto Blue Jays and he’s a stud.

Philip Rivers is a future Hall of Fame quarterback who played 17 seasons in the NFL – 16 of which with the San Diego Chargers (now Los Angeles Chargers). He’s an eight-time Pro Bowl quarterback and 2013 Comeback Player of the Year who threw for 63,440 yards and 421 TDs.

Outside of football, Rivers is a father to nine children (all with his wife Tiffany Rivers) – seven daughters and two sons. They’ve been married since 2001, but have been in love since high school and might not stop at nine children. I guess we’ll have to keep tabs on these two lovers.

Muhammad Ali is a former American heavyweight boxers who finished his career with a 56-5-0 record (37 knockouts). He fought his first fight on October 29, 1960 and his final fight on December 11, 1981. He’s widely regarded as one of the most influential athletes of all-time.

Outside of boxing, Ali was a father to nine children (with five women) – seven daughters and two sons, just like Philip Rivers. One of his daughters, Laila Ali, followed in his footsteps and had a legendary boxing career of her own. She retired with a perfect 24-0-0 record (21 knockouts).

Willis McGahee is a retired running back who played 10 seasons in the NFL with the Ravens, Bills, Broncos, and Browns. He was a two-time Pro Bowl halfback and 2004 Comeback Player of the Year who finished his career with 9,813 yards from scrimmage and 70 touchdowns.

Outside of football, McGahee is a father to 10 children (with nine women). His reckless antics off the field have often gotten him in trouble and he hasn’t been the best example for his kids. In fact, there might even be more than 10 children – his last reported one was born back in 2014.

Evander Holyfield, also known as The Real Deal, is a retired American heavyweight boxer who finished his career with a 44-10-2 record (29 knockouts). He fought his first fight on November 15, 1984 and his final fight on May 7, 2011. He was an undisputed champion in two classes.

Outside of his boxing career, Holyfield is a father to 11 children (with six women) – one of which, Evan Holyfield, has followed in his father’s footsteps and is pursuing a boxing career. He also has another son, Elijah Holyfield, who is currently a running back for the Cincinnati Bengals.

Travis Henry is a retired running back who played seven seasons in the NFL with the Bills, Broncos, and Titans. He was drafted by Buffalo in the second round in 2001. He made the Pro Bowl in 2002 and rushed for 6,086 yards and 38 touchdowns in his career. He was explosive.

Outside of football, Henry is a father to 11 children (with 10 women) and has a history of struggling with child support payments. In fact, he has constantly complained of being broke due to child support. It’s the perfect example of what can go wrong when you’re irresponsible.

George Foreman is a retired heavyweight boxer who finished his career with a 76-5-0 record (68 knockouts). He fought his first fight on June 23, 1969 and his final fight on November 22, 1997 – a career that spanned four different decades. He also won an Olympic gold medal.

Outside of his boxing career, Foreman is a father to 12 children (with multiple women). He is most known for naming all five of his sons George – George II, George III, George IV, George V, and George VI. Two of his daughters, Isabella Brandie Lilja and Courtney Isaac, are adopted.

Antonio Cromartie is a retired defensive back who played 11 seasons in the NFL – mostly with the New York Jets and San Diego Chargers. He was a four-time Pro Bowler and one-time All-Pro cornerback who finished his career with 31 interceptions and five defensive touchdowns.

Outside of football, Cromartie is a father to 14 children (with eight women). He currently shares six of his children with his wife, Terricka Carson. As for his other eight children, Cromartie has paid as much as $300,000 per year in child support. That’s a lot of money to a lot of women.

Were You Aware of These Athletes With Big Families?

We’re all for athletes with big families, so long as the parents are present and the children are given a quality, happy, healthy, and rewarding environment to grow up in. The kids should always come first and should be at the heart of every decision the parents make in their life.

YOU MAY ALSO LIKE: 15 Kiddos Following in Their Athletic Parents’ Footsteps

We don’t care how many children athletes have – what we really want to know is whether or not those children are going to follow in their parents’ footsteps. It’s always interesting to see them grow up into a superstar – just look at Bronny James, Charlie Woods, and other athletic kids!