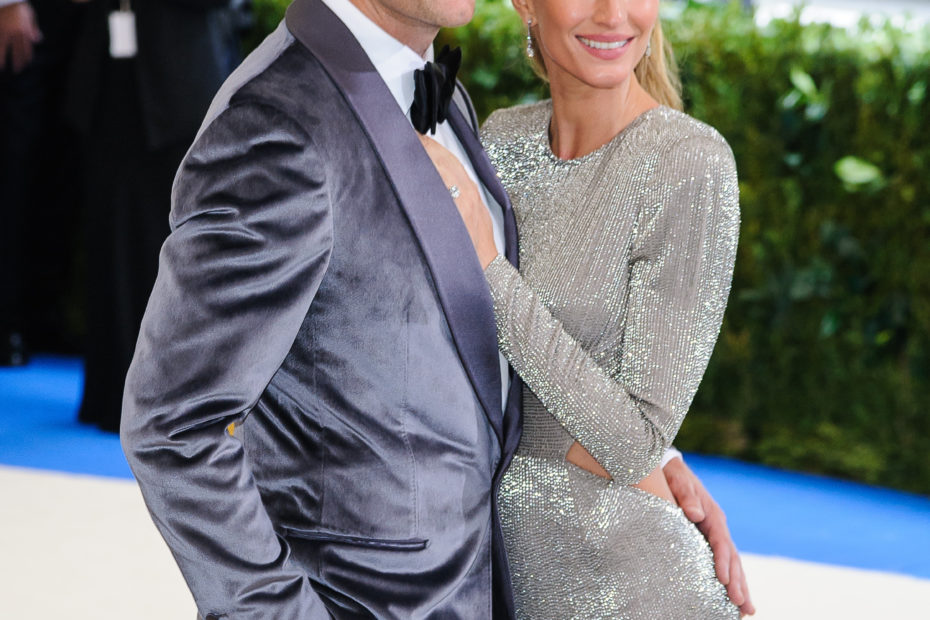 There are so many handsome NFL players out there, and it’s not surprising that many have managed to snag beautiful and intelligent women as partners. We’ve compiled a list of 20 current (as of September 1, 2021) NFL football families that we think are adorable!

Tom Brady and Gisele Bundchen were married in February of 2009, and have 2 children together. They also have one child from Tom Brady’s previous relationship. Tom Brady is currently active with the Tamp Bay Buccaneers, going on a 21-year streak. The couple seem to be doing well, sharing plenty happy photos on social media and opening up about how they’ve made their blended family work.

Patrick Mahomes became engaged to Brittany Matthews since September of 2020, and have a babt girl that born just this year. The family appears to be thriving, sharing cute updates of their baby girl on their socials. Patrick Mahomes currently plays for the Kansas City Chiefs, and has been with the team for five seasons.

Eric Reid and Jaid Reid were married on July 19th, 2014. They have one child together, and another beautiful girl who is several years older whose mom was in a previous relationship with Eric. Eric comes from a military family, who is very proactive with his family and supports him in all of his endeavors: both familial, athletic, and business. He currently plays for the Carolina Panthers.

Jordan Poyer married Rachel Bush in February of 2018, and they have one daughter together. He currently plays for the Buffalo Bills, and Rachel is a successful entrepreneur.

Russell Wilson, who plays for the Seattle Seahawks, are a HUGE football family, with their son even having his first steps on a football field. Russell and Ciara, a well known figure in the entertainment industry, have three children together and were married in July of 2016.

AJ and Katherine Webb were married in 2014, and they now have three children together. Though the couple seems to be doing well, Katherine has made it clear that the “famous” lifestyle just isn’t for her. Hopefully once AJ retires they can find a quiet lifestyle with less cameras.

Chanel Iman and Sterling Shepard were married in 2018, and have two beautiful daughters. Sterling currently plays for the New York Giants.

Ryan and Lauren were married in 2012 and have two children together. Ryan plays for the Tennessee Titans, and Lauren has a loyal social media presence, often advising young people to “date to marry.”

Cooper Kupp and Anna Marie Corskrey were married in 2015 and have two sons. He plays for the LA Rams, and their simply perfect domestic photography that they share on Instagram is definitely follow worthy.

Mike Evans plays for the Tampa Bay Buccaneers, and he married his wife Ashli in 2015. They have two daughters together, and they have another daughter from a previous relationship of Mike’s. The couple seems to be going strong, with several pictures being shared of three happy daughters.

Matthew Stafford currently plays for the LA Rams, and married Kelly in 2015. Bearing four beautiful daughters already, this young couple has had a long and hard history, with Kelly having overcome brain cancer.

Ryan Fitzpatrick and his wife are very private yet fun-loving and likable, sharing a beautiful family together. They were married all the way back in 2006, and are a marvel for new couples who have yet to make it so many years into their marriage. They have 7 children together, and he currently plays for the Washington Football Team.

Chris Harris Jr. married Leah in 2012, and they have remained supportive and present for each other ever since. He currently plays for the LA Chargers, all while remaining an active dad to him and Leah’s four children. Though Chris Harris Jr. is considered a veteran in the league, he got married at just 23 years old, but doesn’t seem to be regretting life one bit.

Taylor Lewan and his wife, Taylor, may have very similar first names, but that hasn’t stopped them from building a happy life together. They were married in 2018 and have 2 daughters. He currently competes for the Tennessee Titans.

Cole married Kyrstin in 2014, and they have 3 children together. Cole currently plays for the Buffalo Bills. The couple is known for their fierce loyalty for each other, with Kyrstin having been in her fair share of twitter scuffles in hopes of defending her husband from his haters.

Dana Shelton married Mara in 2018 and have 2 children together. He currently plays for the New York Giants, and the whole family is obsessed with their fur babies, having dedicated Instagram accounts for their dogs.

Kyle Van Noy married Marissa Powell in 2014, and they recently welcomed a son into the world. He plays for the New England Patriots, and the couple share a special bond; Kyle was adopted, and both Marissa’s father and brother were adopted as well.

Derek Watt married Gabriella Justin, who also had two brothers that played in the NFL, in February of 2018. They share 2 sons together, and he currently competes for the Pittsburg Steelers.

Carson Wentz married Madison Oberg in July of 2018, and they have one beautiful baby girl together with another on the way. He currently plays for the Indianapolis Colts, and the couple share a proposal story that seems to be trending among popular athletes.

Which adorable football family do you love the most?