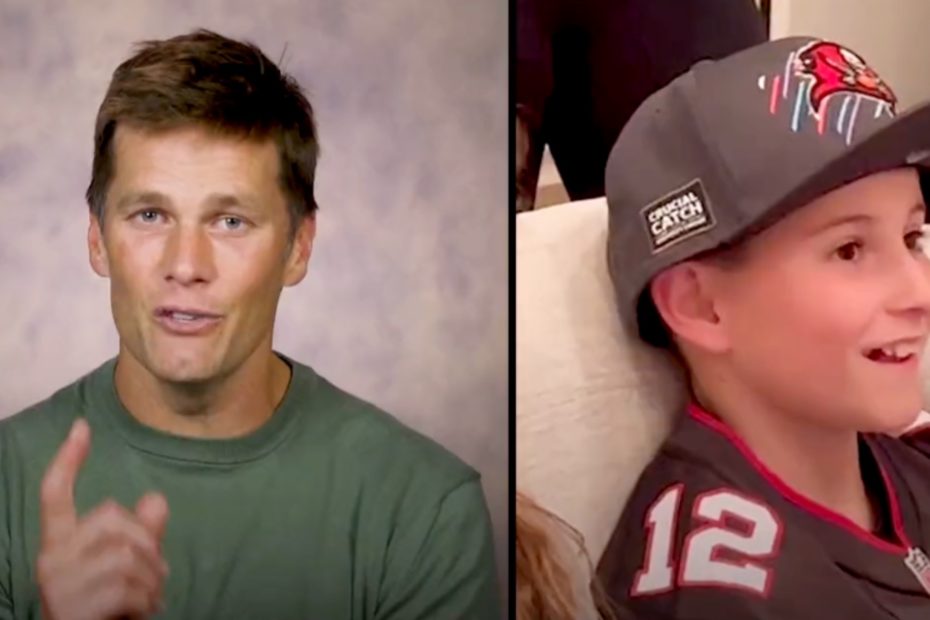 Earlier in the 2021 NFL season, a 10-year-old boy held up a sign during a Tampa Bay Buccaneers game that read, “Tom Brady Helped Me Beat Brain Cancer.”

This week, the 44-year-old quarterback announced that he would be giving Super Bowl LVI tickets to the young boy. Following the fateful October game, Brady was touched by 10-year-old Utah native Noah Reeb’s story and felt like it was his duty to give back. During his video message, the NFL athlete recalled the first time they met fondly.

“Earlier, you held up that sign that I helped you beat brain cancer. Well, listen, your fight — you’ve inspired so many people, including myself, but millions of others also,” said the former New England Patriots star. He went on to share that he would provide the entire Reeb family with tickets to the upcoming Super Bowl.

Brady concluded, “We certainly hope to be there, but I know you’re going to be there. It’s going to be really cool for all of us. Glad to see you’re doing well. Take care, man. Enjoy the tickets.”

In shock, the Reeb family was ecstatic over the exciting news. “We are going to the Super Bowl,” one family member commented during the video. Noah himself then exclaimed, addressing Brady, “Thank you so much.”

RELATED: Novak Djokovic Failed to Isolate After Testing Positive for COVID-19: ‘This Was an Error’

Additionally, this is not the first time the star quarterback has been incredibly generous to the Reeb family. Prior to meeting Noah, he also sent him a personal message of encouragement.

During the video, he stated, “I just want to let you know I’m thinking about you, I’m with you. My thoughts and prayers are with you and your family. Hang tough. You’re going to be great, I know it. Get well soon and take care.”

Given the football player’s admirable character, Noah cites him as an inspiration and even went as far as calling him a “hero” during an episode of The Ellen Degeneres Show.

Needless to say, Brady won’t be losing his reputation as a good guy anytime soon.